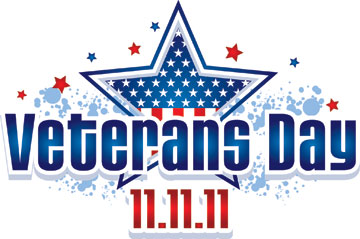 When the dream began a small group of military veterans, most of them old soldiers, sailors, marines and airmen, the “Greatest Generation” from World War II, sought to have a fitting memorial at Veterans Park. On November 11, 2011, the dream becomes reality. The Memorial is located near the water and is in a beautiful, tranquil place for resting and contemplation.

The dedication program will begin at 10:15 AM on November 11th in which the City of Marco Island will recognize the many participants who made the Memorial possible, including those involved in the planning, fundraising, contracting and expediting of the construction process to meet the critical date. It all started several years ago when the Veterans Park Committee began planning the entire park and a dedicated group of veterans participated in the planning process.

At the quiet corner of Veterans Park the Veterans Day ceremony will fittingly be held at 11:00AM, the 11th hour of the 11th day of the 11th month of 2011. On November 11, 1918, armistice was declared ending World War I, and that is the date on which Americans celebrate Veterans Day.

Major General James A. Guest, who has valiantly served our country for over 33 years, will be the major speaker for the event. VFW Commander Jim Lang said of General Guest. “He was my company commander in Vietnam, in charge of Company D, 2nd Battalion (Airborne). His military career progressed, and when he retired he was Commander of the United States Special Operations Force, J-3 at MacDill Air Force Base. He’s earned numerous decorations and badges including the Silver Star and the Bronze Star with V device [for valor].”

Veterans, students, donors and clergy will have a part in the ceremony. Anna Schilling will sing the national anthem; the Morning Musicians and Marco Strummers will perform. As in years past, a flyover is planned.

The City of Marco Island provided funding of $60,000 for the Memorial and Lee Rubenstein, chairman of the Veterans Memorial Fundraising committee, notes that the Veterans Memorial committee raised over $175,000 in a relatively short time, thanks to the generosity of citizens and organizations who contributed by purchasing engraved pavers, commemorative benches and flagpoles. In the middle of the Memorial, a star is encircled by five medallions, each representing a branch of the military service. One medallion has been donated by the parents of two active duty members of the Marine Corps; the other four are available for purchase for $5,000 each. Engraved pavers are still available as a caring way to remember a friend or relative. Samples are on display at Veterans Park. Sales will fund future enhancements such as an honor wall at the entrance.

The circle for the Memorial is complete and the engraved walkway tiles will be installed where blank tiles now occupy the spaces. Benches will be arranged around the area. Three flagpoles are to be installed in front of the monument circle. The American flag will be at the center measuring 35 feet high with a P.O.W. flag underneath. The state and city flags will be at either side at 30 feet high. Branches of the service will have flags at the monument’s rear. Ducts have been installed to allow for sound and lighting.

Residents, visitors and guests are invited to join the numerous veterans and others who have made the Memorial possible. There is ample parking available. Handicap assistance will be provided. Anyone attending may wish to bring a beach chair and an umbrella in order to be comfortable.