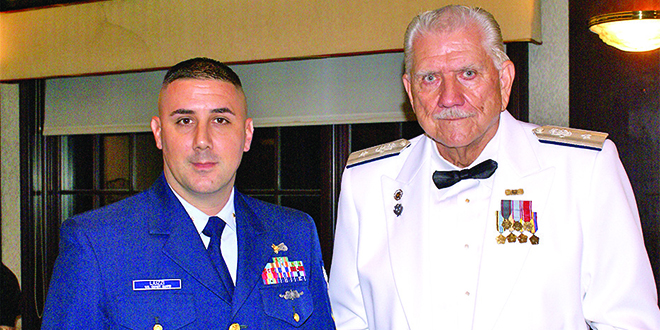 Walter Jaskiewicz PDCO 7th District USCGA was a skilled master of ceremonies for the evening. The Sounding of the Bell for those lost, and the introduction of the Missing Man Table were two familiar and moving tributes during the ceremony. The Parading of the Beef, a lesser-known tradition for many of the guests, was both interesting and fun to watch.