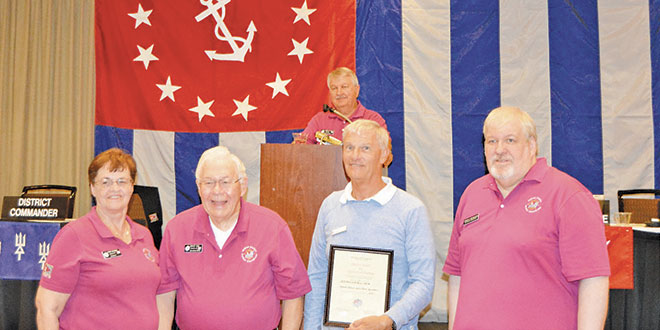 Marco Island Sail and Power Squadron members attended the District 22 Squadron Conference of the United States Power Squadrons in Tampa, Florida from October 15-18, 2015. Marco Island had 10 voting delegates out of the 150 voting delegates from the 18 squadrons in Southwest Florida that make up District 22. We received certificates of achievement for increased membership, number of vessel safety checks, and the number of educational classes presented to the public.

Past commander Ted Reiss, from Marco Island, was honored by receiving the District 22 Charles F. Chapman Award for Excellence in Teaching. This award recognizes the most outstanding United States Power Squadron instructor in the district. He will be in competition with the other thirty districts to determine the best five instructors in the country. Winners will be announced at the United States Power Squadron Annual Meeting in Orlando, February 2016.