Tyler MacDonald: Photography at its Finest 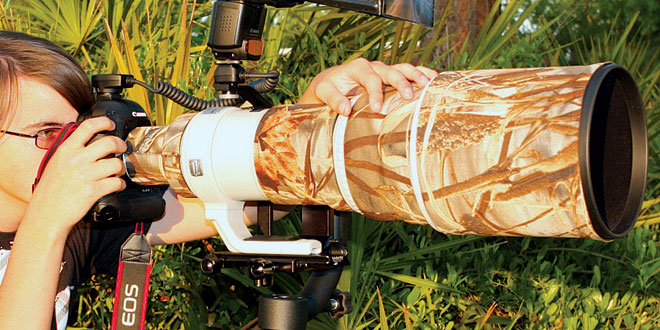 Tyler MacDonald took his first photograph at the age of 11. “As soon as I picked up a camera I just knew,” he says. Growing up in Southwest Florida, Tyler has mastered photography of the Everglades, receiving awards for his work. He has since taken his photographic journal, if you will, on the road to places like the Florida Keys, California, Colorado and Pennsylvania and his work is displayed (and for sale) in Blue Mangrove Gallery at Marco Town Center. Tyler is also the current chairman of the Left Bank Art Fest, held monthly at the Esplanade on Marco Island. And he is only 17.

“Ever since I was young, my parents have had me outside camping and kayaking. Because of that, I’ve always been interested in the outdoors but I didn’t have a way to bring it back with me… so I thought I’d get a camera and try it that way,” explains Tyler. And it worked. His parents loaned him the money for his first camera and he began shooting.

When he turned 12, his mother Priscilla, who is a Dive Master, taught him to Scuba dive. From that point on, Tyler’s love of underwater photography developed. Many have seen his photograph of a hawksbill sea turtle that is quite breathtaking – and rare as hawksbills are rarely spotted in South Florida. Recently, Tyler and his family went on a “photo expedition” to California, where Tyler swam with the local seals, one even being brazen enough to nudge his lens.

When Tyler was 13, he first showed his work at the Left Bank Art Fest. “When the show first started, it wasn’t a juried show. So I started out displaying my things and four years later, I have a professional booth.”

Four years later, he has easily been able to pay his parents back for the camera they bought him as well as purchase an underwater camera and the high-tech canvas printer he utilizes to print his photos. “Now it’s all paying for itself,” he states.

From here, Tyler started entering his works into photo competitions. At 14, he placed second out of 70,000 entries in a competition held by the National Wildlife Federation. His winning photo was that of a mother woodpecker and her babies. “Normally, you wouldn’t see the babies because they are supposed to stay tucked in their nest but one of the baby’s heads was sticking out and I saw it right away.”

Preparing for college and a professional career at such a young age can be daunting, and by no means is Tyler your average high school student. Which is why he is dual-enrolled at Edison State College through Lely High School. Tyler will graduate early from Lely and will also be able to gain college credit towards his ultimate goal: a business degree. “I feel that I have enough information on photography so if I go to college for art, then I will just learn the same thing but won’t be able to run a business. I really want to be on my own; I want to have my own gallery and be able to run it successfully.”

Tyler’s future gallery would be filled with more than just photographs. A lover of all arts, Tyler is also a potter and a painter. In fact, he displays many of his paintings at Left Bank Art Fest, which is run by the Marco Island Foundation for the Arts.

For four years, Tyler has displayed at Left Bank and has been chairman for two. The now-juried show consists of 35 fine artists of all mediums and is held once a month, October through April. The last two shows are on March 17th and April 21st. From 10:00 AM until 4:00 PM, paintings, photographs, metal sculptures, pottery, blown glass, clothing, jewelry and more will be for sale.

Tyler MacDonald certainly is busy for a young man of 17, but his natural eye with a camera lens, dedication to his craft and resolute ambition will undoubtedly lead to many more far and incredible “photo expeditions.” To learn more of the young man with the remarkable talent, visit www.tylerswildphotos.com.