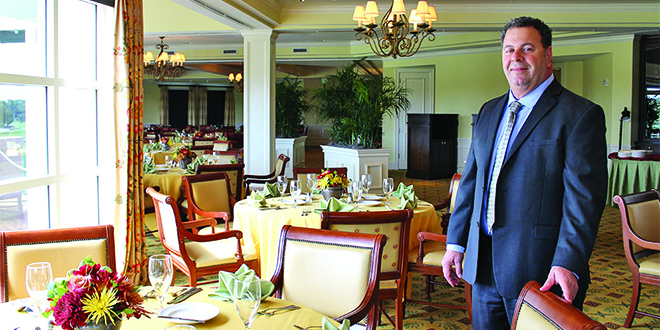 Photos by Samantha Husted: Bid Bakkar has been working at the ICC for 16 years. Recently he was promoted to Club House Manager.

The Island Country Club (ICC) has promoted longtime employees, Bid Bakkar and Chobie Fekete to the positions of club house manager and dining room manager, respectively. Both Bid and Chobie have been dedicated members of the ICC team for over 10 years.

Bid Bakkar began working at the Island Country Club in 2001 as the assistant food and beverage director. In 2003 he was promoted to the food and beverage director, and has held the position ever since. Most recently Bid was promoted to the club house manager. Bid holds two degrees in French and culinary and hotel management. After moving to the United States in 1985, Bid began working as the restaurant manager at Café Vieux Carre in New Orleans. Eventually he made his way down to Florida and has spent the last 16 years at the ICC. Bid is a certified food and beverage manager, as well as a first level wine sommelier.

Chobie Fekete first began his tenure at the Island Country Club in 2006, working as a server. In the 11 years Chobie has been employed at the ICC, he’s climbed his way 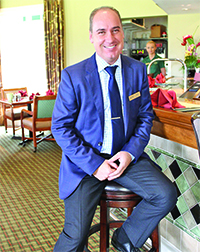 Chobie Fekete has been promoted to Dining Room Manager

up the ladder. In 2012 he was promoted to banquet captain, and most recently he has taken on the position of dining room manager. Originally from Brosov, Romania, Chobie has been living in Florida since 2006. In 2004 he graduated from a local university in his home country with a degree in hospitality business. Chobie is dedicated to exceeding member expectations and to giving Island Country Club members the best dining experience possible each and every day.

“The members of the Island Country Club are blessed to have two of Southwest Florida’s finest food and beverage professionals, Bid Bakkar and Chobie Fekete lea ding the club’s dining and entertainment programs. When I began this summer as the general manager I was aware of the club’s reputation as the ‘finest’ dining experience on the Island. It quickly became apparent to me that Bid and Chobie, in conjunction with our culinary team, are the key reasons for that. It was my pleasure and honor to promote both of them into their new positions!” said Peter Cizdziel, general manager and chief operating officer.

For more information on the Island Country Club go to www.island-countryclub.org.