Turkey… Syria… and Beyond… 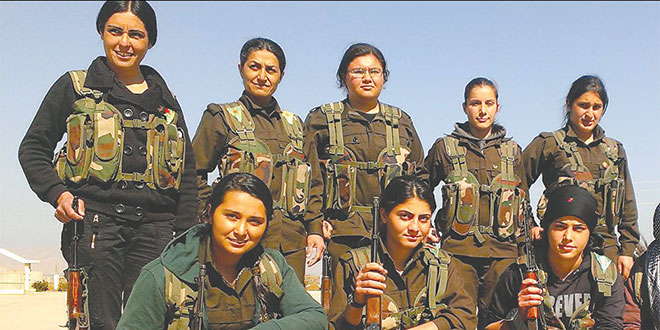 The readers are probably aware of the fact that Turkey, over the past two months, has been run by an interim government. The ruling Justice and Development Party (AKP) was deprived of its parliamentary majority for the first time since 2002. This situation has altered the center of power in Turkish politics and has also forced the AKP into a compromised foreign policy.

The leadership of the AKP is now in “negotiations” with the main opposition parties CHP, MHP and HDP. President Tayyip Erdogan is AKP’s unofficial boss. As demanded by the Turkish Constitution, he is supposed to be above politics; a head of state with no involvement in the day to day affairs of the state, which falls under the purview of the Prime Minister and his cabinet.

However, before the June 7 Parliamentary elections in Turkey, Mr. Erdogan campaigned for one party (AKP) to win around 400 deputies out of the possible 550 in order to change the Turkish Constitution and introduce an Executive Presidential system which he thought would have given him broad powers to take the country into an Islamic direction he strongly believed in.

However, the election results were not to his liking. AKP garnered only 258 seats. This was not even enough to form a single party government. Mr. Erdogan’s dream of amending the constitution was completely dashed. His like-minded lame-duck Prime Minister Mr. Davutoglu is now having a tough time putting together a new government. He initially tried to put together a “minority government,” meaning a government consisting only of AKP members, yet having the vote of confidence support of one or more of the other political parties in the Parliament. This attempt failed. He is now negotiating with the head of the main opposition party, CHP, to form a coalition government. Mr. 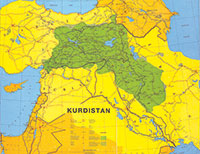 Davutoglu was going after a “historic deal,” however, these negations also failed to succeed last week, as the talks apparently collapsed.

Mr. Erdogan may now feel he has nothing to lose. After the constitutionally mandated forty-five days are exhausted after the June 7 elections, he will be calling for new elections in the fall!

There is no reason whatsoever that the results will be any different.

On the other hand, the uncertainties faced by Turkey as a whole pushed Mr. Davutoglu to agree to a Western coalition led by the U.S. to fight the Islamic State in Syria, which they had been resisting for a very long time. Mr. Erdogan had been passively supporting the Sunni Islamic State in order to achieve his personal goal of getting rid of the Assad government in Syria. IS controls large areas of land in Syria and Iraq near the Turkish border.

As a result of this agreement, Turkey and the United States this week took steps toward getting more heavily involved in the Syrian situation. Turkey agreed to allow the United States to use Incirlik airbase in southern Turkey to conduct operations against the Islamic State. As a part of this agreement, the U.S. administration agreed to the establishment of a “safe zone” in northwestern Syria that “moderate Syrian opposition forces” would protect along with Turkish and American airpower. Turkey also undertook airstrikes against Islamic State positions in Syria, and the Davutoglu government in Turkey took advantage of this agreement (possibly with a secret wink from the U.S.) to bomb the ground forces of the Kurdistan Workers’ Party (PKK) in northern Iraq. The U.S. had already used the Incirlik airbase for strikes with armed drones, and approximately sixteen U.S. F-16 fighters have been stationed at the base for further 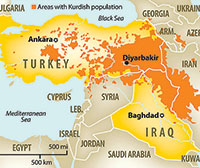 With this arrangement, Washington basically gave the go-ahead to its most reluctant ally in the fight against the Islamic State to somehow combat, perhaps the most effective fighters in the conflict, the Kurds. Under this new arrangement, the Turks will now fight the Turkish Kurds of the PKK (Kurdistan Workers Party) and the affiliated forces of their Syrian cousins, YPG (People’s Protection Units) under the guise of combatting the same enemy.

Taking part in coalition airstrikes against the Islamic State and rounding up suspected supporters is a side benefit to Turkey. The Turks actual goal may be disrupting Kurdish plans in Syria and hitting the PKK. If there are any doubts about Turkish aims, Mr. Erdogan in late June declared “We will never allow the establishment of a Kurdish state in Syria’s north and our south.”

On the positive side of this entire equation may be the warming of relations between Israel and Turkey, which were downgraded back in 2010. There are stories going around the Middle East press that there have been back-channel talks between Ankara and Tel-Aviv which should be viewed as positive by all other countries in the Middle East, except Iran.

When we hear the famous words “elections have consequences,” we must pay close attention. As a result of the June 7 elections in Turkey, which absolutely weakened the Islamist party AKP in Turkey, and which may in effect

result in the ending of Turkey’s unconditional support of the Muslim Brotherhood in Egypt. According to some stories in the Israeli press, the Turkish government may have ordered Salah Aruri, a top Hamas official it had been hosting, to leave the country. This is pretty big news in the area, especially in Israel, although not reflected properly in the American press. Aruri is the organizer of terror attacks in the West Bank. He was released from an Israeli prison and was reportedly in charge of rebuilding the Hamas infrastructure in the West Bank. In recent years he was in “exile” in the friendly arms of the AKP government somewhere in Turkey.

One very important result of the Turkish elections back in June 7th may actually be the end of Mr. Erdogan’s dreams of building a new Middle East under the dominance of a Sunni Turkish leadership. The dreams of establishing a new Sunni Caliphate led by Mr. Erdogan and his AKP followers (which the forefathers of the modern Turks, the Ottomans held until their demise as a result of Mustafa Kemal Ataturk’s vision and reforms establishing a secular new Turkish Republic) may have been sent into the dustbin of history for good!

I most sincerely wish that all these developments in Turkey in particular, and the Middle East in general, will not pull the U.S. into another war which will involve both blood and treasure of many Americans. America should never enter another armed conflict anywhere around the world, unless we go in with the unconditional support and backing of the American people and our serious intention of winning a decisive and final victory.

One can only hope and pray…