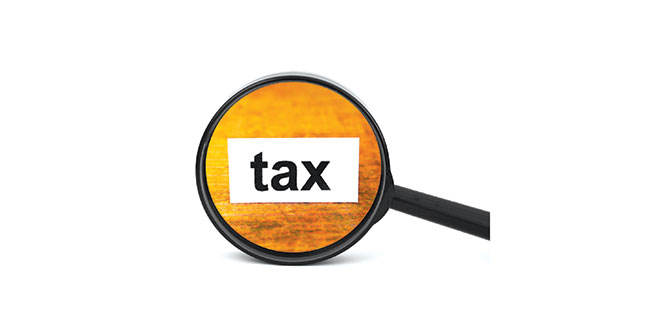 As Election Day draws closer and islanders are called upon to make a rational and educated choice for who they will chose to fill four open council seats, we thought it might be prudent to review some of the claims by candidates about various issues.

One of the favorite claims by many during an election cycle is that the present boards or councils are overspending and taxpayers are paying more in taxes than they did the year before. We thought we’d do a review of the city’s spending for the 2016-17 budget cycle compared to a year ago.

We utilized the Collier County Property Appraiser’s website and looked at a number of homes that belong to families who claim Marco as their primary residence. That segment of ownership benefits from being able to claim their residency within Florida and avail themselves of the advantages of programs such as Save Our Homes and the Homestead Exemption Program.

As you can see, we looked at a wide range of properties. They are all owned by residents who have Marco Island as their primary residence, and vote here in Collier County. They may, in fact, own cottages in the Smokey Mountains or 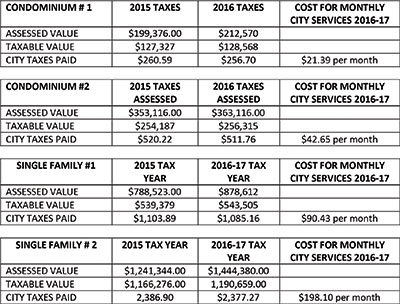 in New England that they escape to during the summer, but Marco Island is their primary residence.

The term Assessed Value is not a true representation of the market value of your home. It is a base point from which the assessor uses to ascertain the Taxable Value of real estate on the island. That number is acquired after the Save Our Homes credits, the Homestead Exemptions and other miscellaneous exemptions are deducted to arrive at the base Taxable Value number.

Residents sometime become confused, and even angry, when they see large increases in the bottom number on their tax bill, but should break out the city portion of their bill to ascertain the impact of city spending. The claims that Marco is overspending are not borne out by the actual figures, and show the vast majority of residents on the island are not paying more in city taxes. However, they may see increases in county, state or school district taxes.

When individuals analyze the city spending they find they may pay more for their lawn service, cellphone or cable bill then they do to receive services such as police, fire, recreational and parks, public works and administrative staff all rolled into their city tax bill, when broken out as a monthly expense.