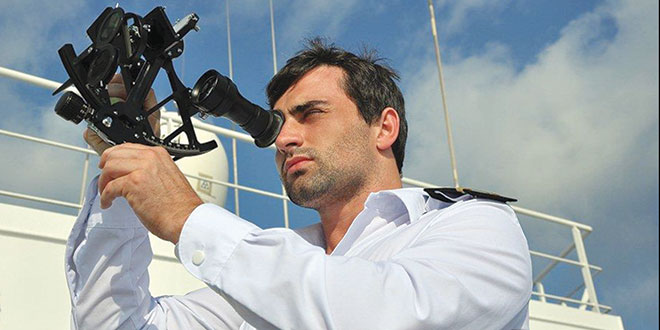 “We can chart our futureclearly and wisely only when we know the path which has led to the present.” ~ Adlai E. Stevenson, 1900-1965,American Politician

Question: Should I be worried about the problems with Deutsche Bank?

Answer: That’s a question many in our industry have been asking. The answer is “it depends.” The markets had just settled down after the post-Brexit rally and now Deutsche Bank is reviving some of that volatility. Much of the concern over the bank’s future and sustainability have to do with overall confidence in the banking system. Before we get ahead of ourselves though, let’s back-up and explain Deutsche Bank’s difficulties.

There are accusations and findings that during the 2008 housing bubble Deutsche Bank had a part in the Great Recession that was felt around the world by misrepresenting the sale of residential mortgage-backed securities. Fast forward to September 16, 2016, when the United States Department of Justice (U.S. DOJ) demanded that Deutsche Bank pay $14 billion to settle those claims. As of June 30, 2016 Deutsche Bank held $6.16 billion (US) in reserve for litigation. Without assistance from the European Central Bank (ECB), restructuring, recapitalizing or help from the German government, a fine this large could be catastrophic for the bank that is the oldest still operating bank in the world.

The key players in this scenario are John Cryan, Deutsche Bank’s CEO, the bank’s shareholders, bondholders, the ECB, the United States DOJ, and of course German Chancellor Angela Merkel — who is dead set against a bail out, but not likely to let the bank go under. By the time you read this, the situation may be settled. As I’m writing there is talk of a DOJ/Deutsche Bank settlement for $5.4 billion to resolve the mortgage issues. As a reference point, the DOJ settled with Goldman Sachs for $5 billion and Bank of America for $16.65 billion for similar practices. Obviously the sustainability, let alone the profitability of Deutsche Bank is in question. If this reminds you a bit of Lehman Brothers you’re not alone.

But It’s Different This Time

Normally those words frighten me, but actually it is true to some degree. Bank liquidity and reserves have increased dramatically since 2008. The European Central Bank and even the International Monetary Fund (IMF) are potentially available to help Deutsche Bank.

Restructuring, recapitalizing and “bail-in” maneuvers could also be used, if necessary, to stop the bleeding.Nonetheless, panicking investors and depositors did reduce their exposure in the bank by pulling out cash and other assets held at the institution. And if that’s not bad enough, on Saturday, October 1, 2016, Deutsche Bank was accused of colluding with an Italian bank to falsify accounts in 2008. These charges are the result of a three year investigation that came on top of additional claims of improper precious metals trades and cash transfers to Russia.

According to the U.K. newspaper The Telegraph, “The German government and financial authorities are preparing a rescue plan for Deutsche Bank in case the lender would be unable to raise capital itself to pay for costly litigation, German weekly Die Zeit reported. According to the draft plan, Deutsche Bank would be enabled to sell assets to other lenders at prices that would ease the strain on the lender and not put additional burden on the bank, the paper said. In an extreme emergency, the German government would even offer to take a direct stake of 25%.”

So, back to your question of “Should I be worried about the problems with Deutsche Bank?” First, if you own Deutsche Bank you should be having a conversation with your financial advisor right now. Otherwise, do your best to tune out the short-term “noise” in the news, including political news. We don’t have all the facts yet and be aware that our “new normal” does include heightened market volatility, which is expected to continue. Individual portfolios should be designed to match an investor’s comfort levels and goals. It is helpful to have a plan, the right people on your team, and an investment process in place.

Boat captains and pilots faced with uncertain and unstable weather conditions know that it’s imperative to trust their instruments. An unexpected storm or blinding wall of fog can destroy one’s sense of direction and alter perceptions. Although often counterintuitive, safety and shelter from the storms are not found by making impulsive and emotional decisions, but by relying on navigational tools and facts. Not panicking, trusting your original plan, making any necessary adjustments and staying focused can change outcomes.

Short-term events are just that, short-term. It’s natural to be drawn to current events and day-to-day chaos, just try to pause before reacting and making dramatic changes. During times of uncertainty I like to refer to an old Wall Street adage: Your portfolio is like a bar of soap, the more you touch it, the smaller it gets. Stay focused and invest accordingly.

Information received from outside sources is believed to be credible. The opinions expressed are those of the writer, but not necessarily those of Raymond James and Associates, and subject to change at any time. Material is provided for informational purposes only and does not constitute recommendations, investment advice or an indication of trading intent.