Triathletes from Marco Island YOU ROCK! 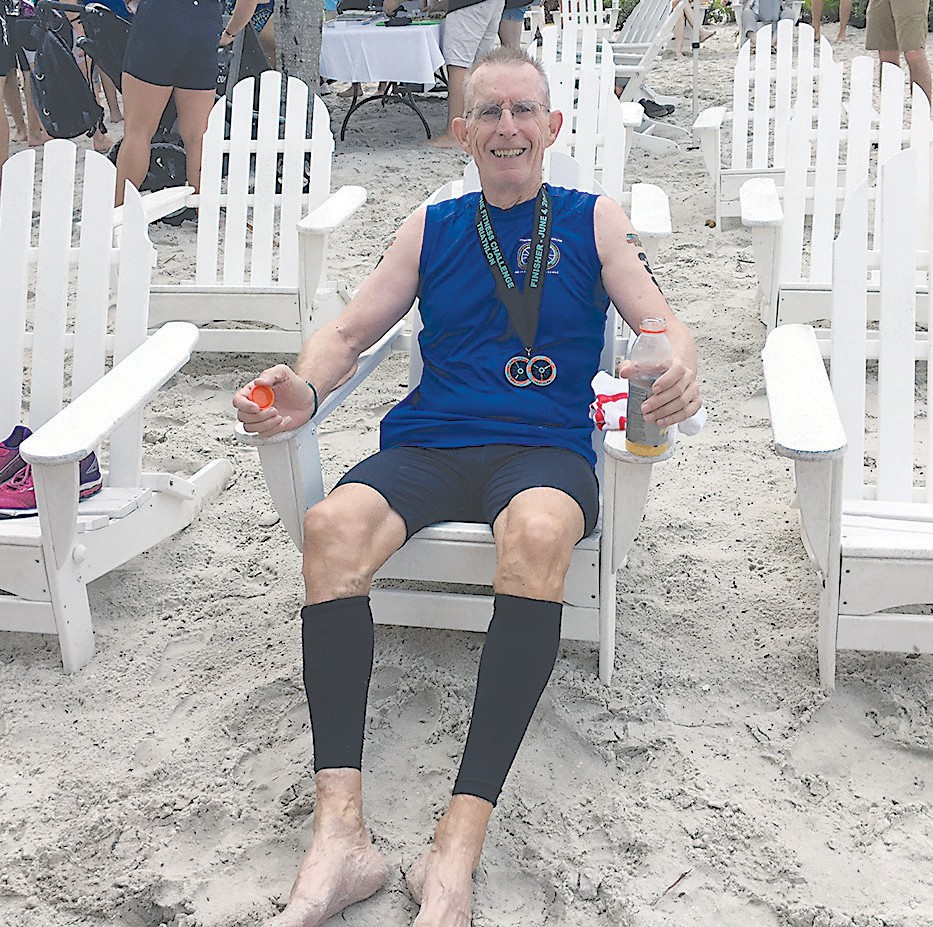 On an overcast morning on June 4, at the intersection of Gulfshore Boulevard and 7th Avenue North in Naples, triathletes of all ages waited for the start sound of the horn. Over fifteen triathletes from Marco Island were behind the start line ready to run, bike and swim. This was the 31st Annual Fitness Challenge Reverse Triathlon Event.

More than 500 triathletes participated, many of whom started in the sports with specific goals. A New Year’s resolution to get more fit; to lose the extra holiday weight; to get better at swimming; for a 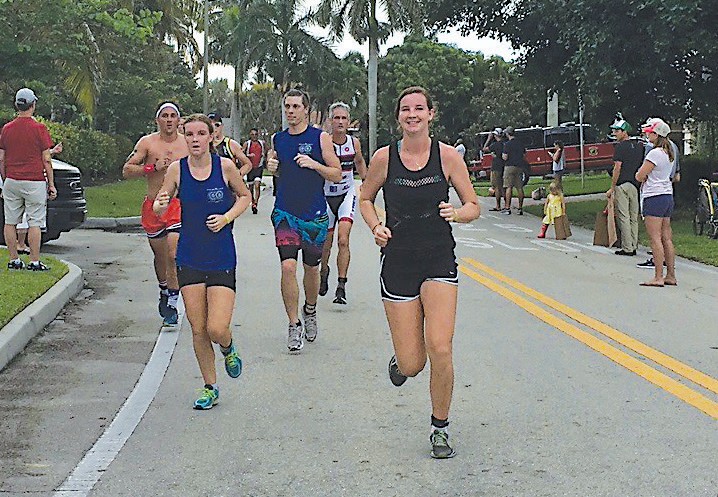 reason to take the bike out for a spin around the neighborhood; for a chance to meet new friends. But the sports are much more than the physical aspect.

After overcoming initial skepticism from family, friends and other athletes, they began to see the benefits. They had more energy; made better meal choices; had a more positive outlook and did meet new friends. Family members and friends also began to notice the changes. The athlete’s new-found confidence began to inspire others to do the same.

The triathletes from Marco Island varied in age from early 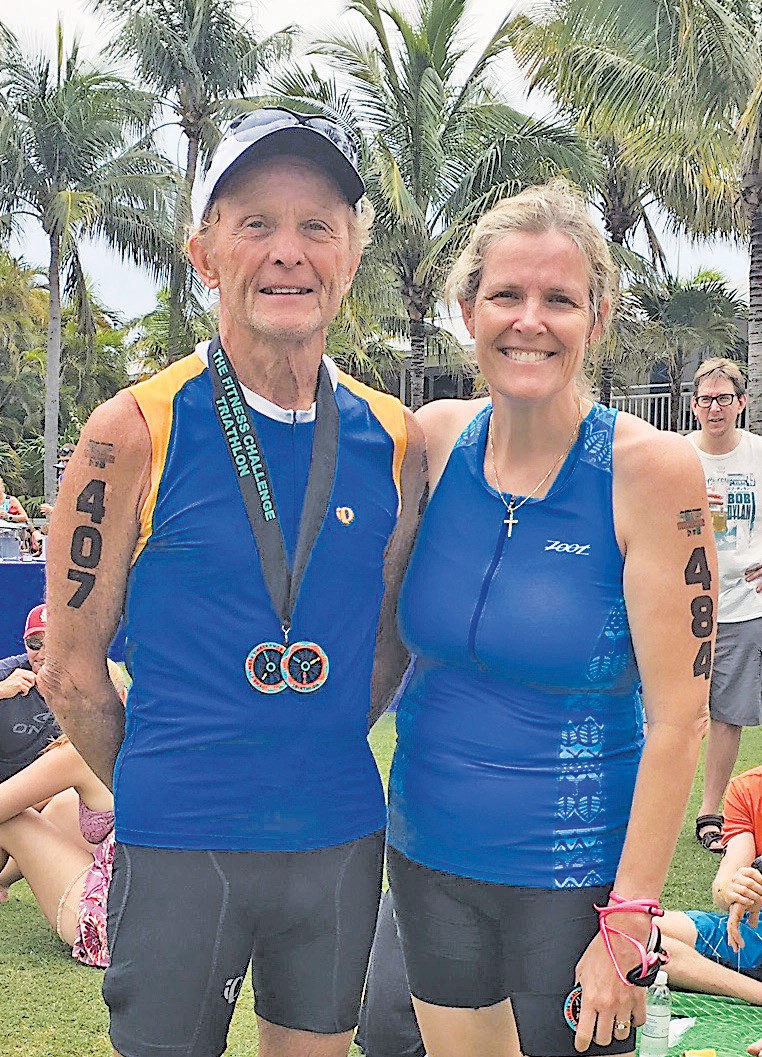 Craig Carlsen and Dr. Patricia Poling – impressive finish for both.

20s to 87 years young. What they all had in common was that each one had a pre-set routine during training; an early run, or bike. Some were more committed than others, but their actions are inspiring. They will inspire you to go for an early morning beach walk; visit your local fitness center and try a spinning class; take part in a beach yoga session; or take the bike and check out the new homes in the neighborhood.

These Marco triathletes are out there being active, moving and challenging themselves. 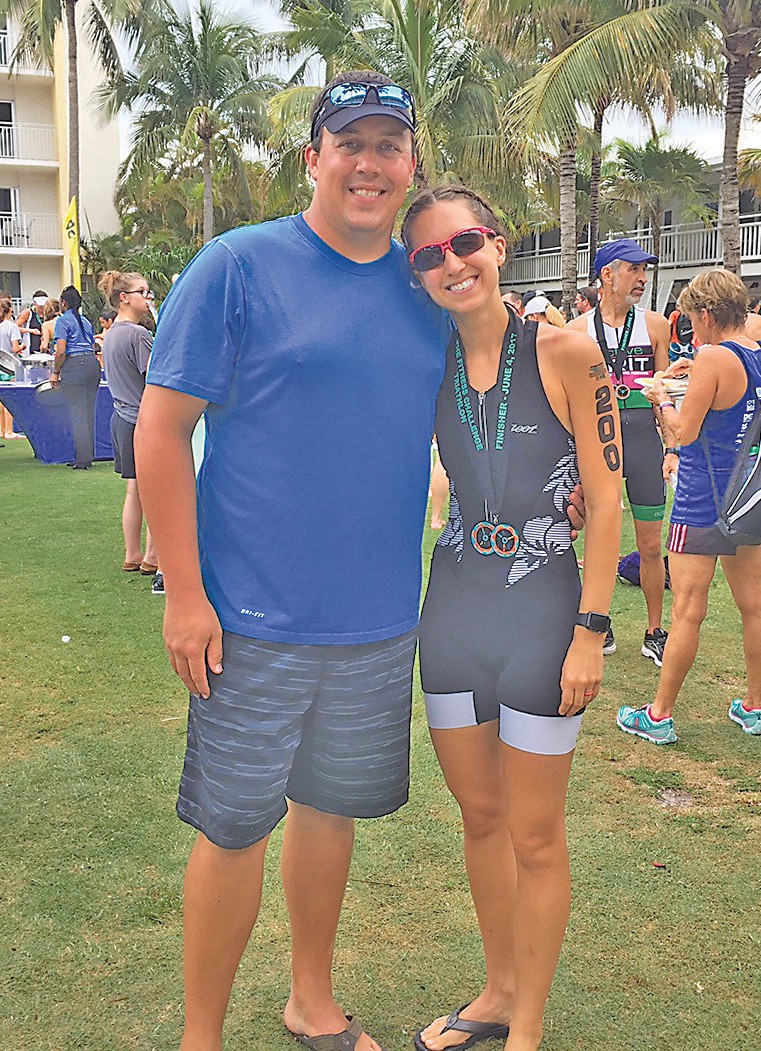 about the “doing,” and less about their finish line.

Congratulations for being an inspiration to others. So often you hear folks say, “the sport is too competitive; too time consuming; the bikes are too expensive; you are going to get hurt,” and the list of barriers goes on. A commitment to a daily long brisk walk is a good start!