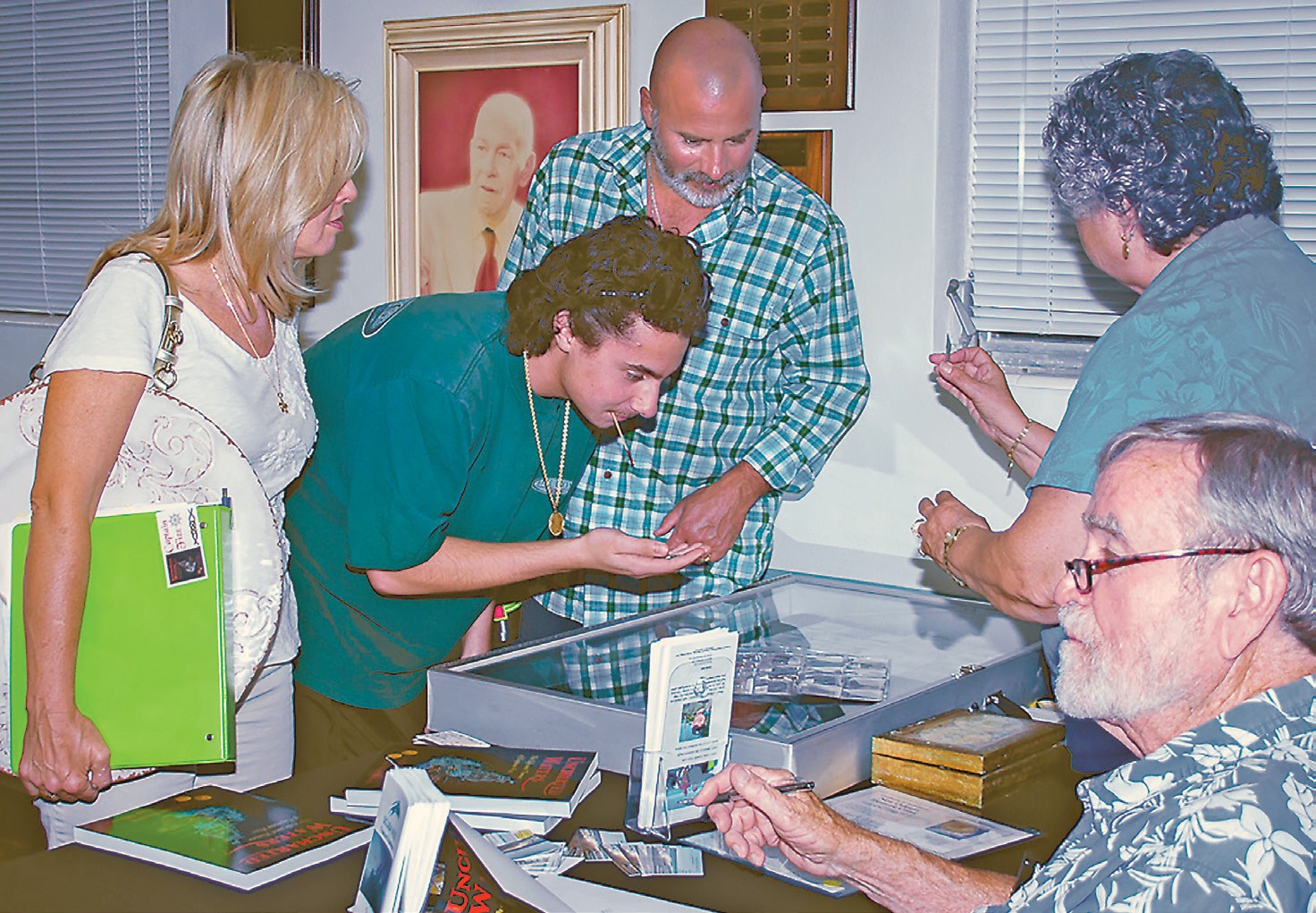 When you hear that world-renowned treasure hunter Captain Carl Fismer, with 47 years of treasure hunting experience, is going to be the honored speaker at the Isles of Capri Community Center, you can bet your doubloons you’re going to be there to hear him!

Capt. Carl, also known as “Fizz” to his mateys, is one of the most respected and knowledgeable diving professionals around. He’s been on dives and salvages with Jack Haskins, Mel Fisher on the Atocha, Art McKee (the father of modern treasure hunting) and worked over 300 shipwrecks and recovered millions of dollars of jewels, Spanish gold, silver bars, canons, artifacts and even gold toothpicks.

The crowd enthusiastically listened and laughed at his tales and the banter between Capt. Carl and his wife, “Scooter,” who operated the command central slide show. He punctuated his presentation with kudos to the chefs at Pelican Bend for the fabulous fish he had for dinner and the kind people he had met since arriving on the Isles.

In 1980, Capt. Carl founded the Spanish Main Treasure Company. Since his expertise lies with Spanish shipwrecks, his treasure hunting

has taken him around the world to sites from the US (Florida in particular), Bahamas, Sri Lanka, the Indian Ocean and Central and South America. In 1986, he was the leader of an expedition to the Silver Shoals in the Dominican Republic, which led to a magnificent discovery of the Concepcion, a Spanish galleon that sank due to a hurricane in 1641.

The importance of metal detectors was made ocean-water clear in his presentation. According to Capt. Carl, Art McKee built the first two metal detectors and they used them (maybe not the same ones) throughout their hunting and salvaging expeditions. He cautioned the group that you can use a metal detector on the beach and can keep what you find as long as you are not standing in the water, according to the law. He stated, “You need a hand-held metal detector more than anything.”

To see some of his artifacts in person was spectacular. Coins were kept in protective covers and identified by where they were found. Prices ran from $75 to almost $1,000 based on the location and quality of the coins. There 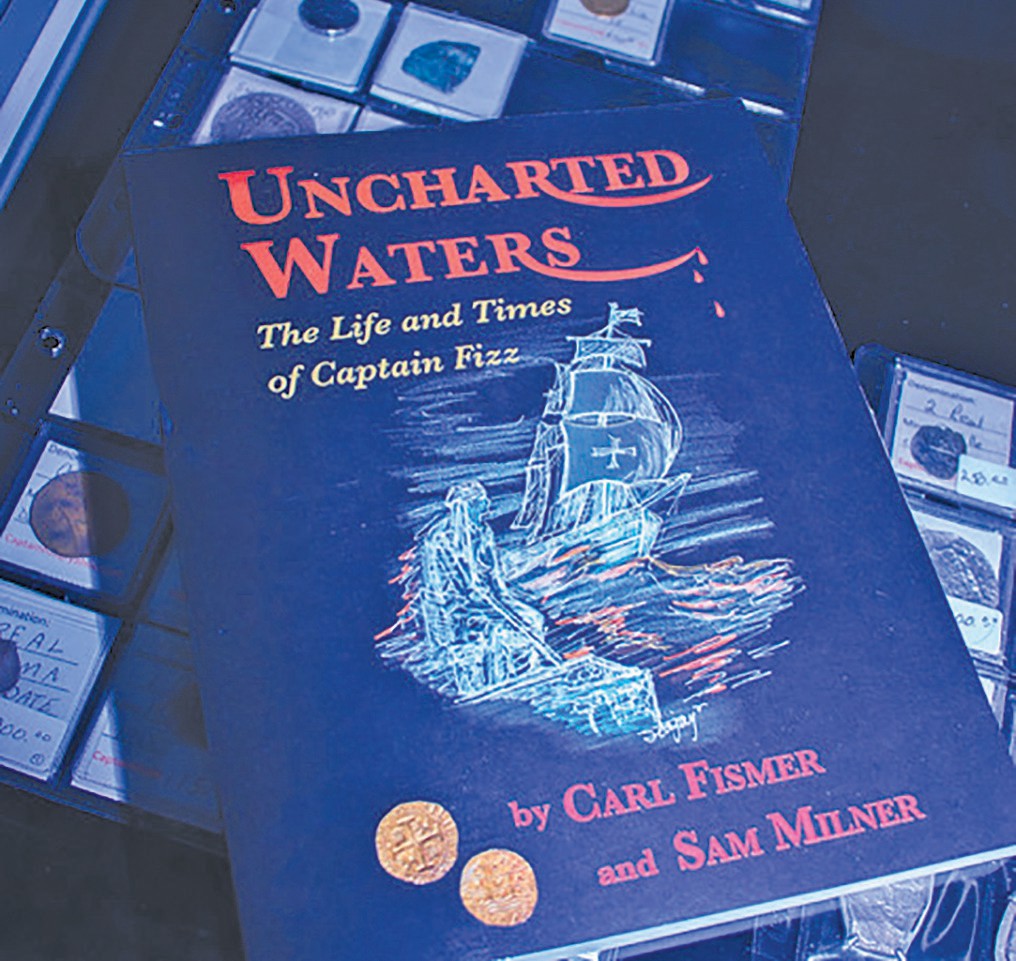 were lots of people excited to own a piece of the treasure that was buried for hundreds of years.

Capt. Carl was such a humorous speaker that by the end of his presentation, most of us felt like we were “Fizz’s friends.” He had copies of his book and signed them for his fans. “Uncharted Waters: The Life and Times of Captain Fizz” is also available on Amazon for any of you swashbucklers out there. Capt. Carl also has books written about him and a video game designed based on his adventures. This real-life Indiana Jones made quite an impression on the treasure seekers in the audience, especially because treasure has been found off the coast of Florida in various places including near Marco Island. So, grab your metal detector and let’s see what kinds of treasure you can find. Argh!