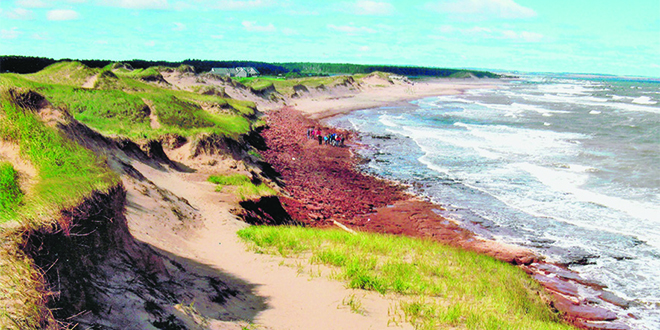 Editor’s Note: Part I of this column appeared in the March 3, 2017 edition of Coastal Breeze News. In that issue, ten special “Off the Beaten Track” destinations and photos were shared. This issue will give readers a glimpse into ten more unique, and largely unknown places.

Following is a sample list of many of the towns and cities that have exceeded my expectations and deserve more recognition as places also very worthy of a visit. I will try to explain why these places have so interested and fascinated me, and might do the same for you if you visit them.

1. Guatape, Colombia – Another colorful and unique town worth exploring lies a couple of hours from the infamous Medellin. It is also full of multi-pastel colored homes adorned with a variety of artfully crafted geometric designs. The multiplicity and uniqueness off this variety of colors and handicraft designs makes this a very special place to discover.

2. Mittenwald, Germany – This is a Bavarian town known for its production of violins, but its greatest fame are the murals and artwork that adorns nearly all the buildings in town. Even its high church steeple is covered with murals, many with religious themes. A nearly town of Oberammergau is famous for its production of the passion play.

3. Alesund, Norway – It sits on three islands between two fjords beneath a panorama of snow-capped Alpine mountains. It is a small fishing village with turrets, spires and gables giving it the appearance of small castles. All its buildings are illuminated in fresh glacial waters, which reflect the town’s beauty. Many other towns along the Norwegian coastline deserve recognition, but Alesund has a special quality that makes it a worthwhile destination.

4. Cavendish, Prince Edward Island, Canada – No place in our hemisphere has higher or longer sand dunes or steep red cliffs of exceptional beauty then P.E.I. It has the most dramatic and photogenic coastline that is dotted with small lighthouses and has piles of crab traps that lie ready for use. And it has the best lobster suppers in the world.

5. Chania, Crete – Many islands in Greece have wonderful scenes to enjoy, but one out-of-the way place deserves mention. Crete is a delightful island to explore, and its most attractive and historic town of Chania is special. It has a large horseshoe shaped harbor which is framed by a castle, high lighthouse, mosques and special Greek restaurants. High cliffs surround this exceptional island paradise. 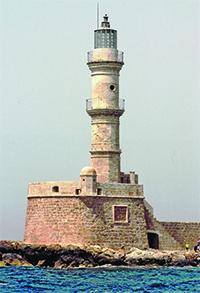 This is a larger city then most on my list, but I include it as a typical and interesting Spanish colonial town in Central America. It boasts an attractive cathedral overlooking a large plaza, several colonial churches, and a bustling local market. Pastel homes line its streets. Other special Latin American cities of interest include Cuenca, Ecuador; Suchitoto, El Salvador; Salento, Colombia; and Antigua, Guatemala.

7. Obidos, Portugal – This is another excellent example of a well preserved Medieval town surrounded by ramparts and containing narrow cobblestone streets. Towers guard its entrance and a castle sits on a hill.

8. Vejer de la Frontera, Spain – This is one of the prettiest Spanish towns with white washed houses that are found in rural and mountainous areas of the country. Many are decorated with iron grills. Other favorites are Milas, famous for its crafts, and Arcos de la Frontera
near Seville.

9. Dragor, Denmark – This is a well preserved fishermen’s village near Copenhagen that is full of half-timbered cottages with steep thatched and red tile roofs. All these quaint homes are painted in the same shade of pale yellow.
See photo top right.

10. Port Glasgow, Scotland – Shown Below, this town has special meaning to me and is cited as an example for anyone who wants to find that possible out-of-the-way or off-the-beaten track place were their ancestors came from. I ventured here to discover were my paternal grandparents had lived. I first found the still existing apartment building were my great-grandparents lived when they were married in 1867. Next, with the help of local residents, I discovered the street, since renamed, were my grandparents had lived before they came to the U.S. in 1909. Then I saw the historic shipyard where my grandfather worked as a cabinet carpenter. Later, I found the countryside location where my grandmother had lived as a child. You can’t imagine the feeling from these discoveries. I encourage everyone to follow the path I pursued if they have information about their ancestors. Next, I plan to travel to Sweden to find out were my maternal grandparents came from.