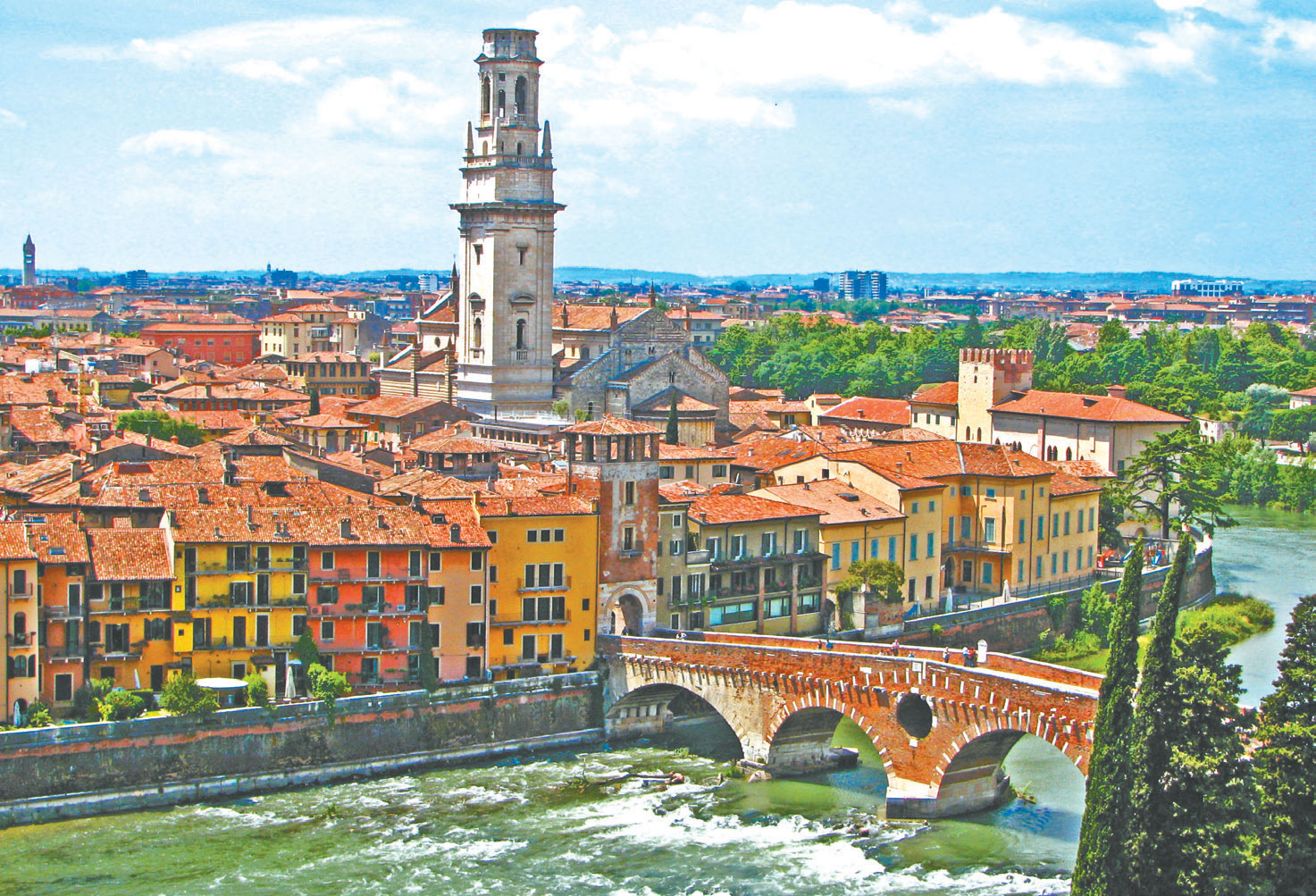 The upcoming broadcast of the 84th annual Academy Awards has me thinking about films. I enjoy films almost as much as I enjoy travel and particularly like watching films that are set in locales I have visited and those that evoke a strong sense of place. It brings back fond memories, sates a bit of my wanderlust, and inspires future travel.

The best film my husband and I have seen recently both in quality and ability to evoke a locale is Woody Allen’s love poem to the City of Lights, Midnight in Paris. Although we typically don’t like films that utilize devices such as time travel, Allen‘s film is a delight. We’ve seen it twice in theaters and will certainly see it again on DVD. We particularly enjoyed his portrayal of Hemingway and Dalí and the dreamy scenes of Paris were wonderful. His Vicky Christina Barcelona was similarly evocative of Barcelona, especially Gaudí’s influence throughout the city.

Paris’ Montmartre district has a strong presence in the charming Amelie. Starring Audrey Tautou, it is in French with English subtitles. In Before Sunset, the not quite as good sequel to Before Sunrise, with Ethan Hawke and Julie Delpy, much of the film takes place as the couple stroll through the streets of Paris. Want to see some of Provence? Try the light romance A Good Year starring Russell Crowe. If you enjoy arthouse foreign films, I will always remember A Sunday in the Country for its Impressionistic depiction of the pre World War II French countryside.

Italy gets my vote as the locale for probably the most evocative films. The Tourist with Angelina Jolie and Johnny Depp was terrible, but we endured it for its many scenes of 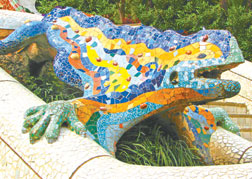 the canals and palazzos of Venice. An older film, Summertime, with Katherine Hepburn and Rossano Brazzi also features Venice, including Hepburn’s fall into one of the canals near the church of Santa Barnaba which reportedly resulted in an eye infection for the actress and a side trip to the colorful island of Burano. Parts of The Wings of the Dove featuring Helena Bonham Carter are set in Venice, while another Bonham Carter vehicle, Room with a View, highlights Florence.

There are a number of charming films depicting Englishmen and women visiting or living in Italy. One of my favorites is Enchanted April (Joan Plowright, Miranda Richardson, Alfred Molina) filmed primarily in Portofino. Others include Tea with Mussolini (Judi Dench, Maggie Smith) set in San Gimignano, Letters to Juliet (Amanda Seyfried, Gael Garcia Bernal) featuring Verona, Stealing Beauty (Jeremy Irons) with sumptuous scenes of Tuscany and A Month by the Lake (Vanessa Redgrave, Uma Thurman) filmed in the northern lakes district. After watching Under the Tuscan Sun with Diane Lane, an American, who wouldn’t want to stay in a villa in Tuscany or make a sojourn to Positano?

Despite the presence of George Clooney, The American was not a very good film. Yet, after watching the beautiful scenes filmed around Abruzzo, I immediately booked our next trip to Italy! Only You with a very young Marisa Tomei and almost unrecognizable Bonnie Hunt, although cute, was also not a very good film, but worth watching for scenes of Venice, Tuscany, Rome, and Positano. Two Italian films we enjoyed were Bread and Tulips featuring Venice and Il Postino set in southern Italy. 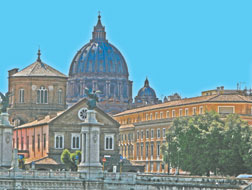 Rome figures prominently in, among other films, Angels and Demons.

If you are in Rome and want to see the stone Mouth of Truth which elicited a real scream from Hepburn, visit the Basilica of Santa Maria in Cosmedin on Piazza Bocca della Verití near the Circo Massimo (Circus Maximus).

Greece is probably second to Italy as an evocative filming locale. My favorite is Shirley Valentine filmed on Mykonos and starring Pauline Collins and Tom Conti and we also enjoyed Opa with Matthew Modine because of its wonderful scenes of Patmos, one of the quieter, although well touristed, Greek Islands. A not too well known but good film with Nicolas Cage and Penelope Cruz filmed on the Island of Kefallonia is Captain Corelli’s Mandolin, while the Greek island of Kastellorizo was the setting for the very good Italian film, Mediterraneo. Although not a great film, I enjoyed My Life in Ruins, Nia Vardalos’ (My Big Fat Greek Wedding) other film about being of Greek descent. Featuring Nia and Richard Dreyfus, it is an amusing film about travel with well remembered scenes of Athens and Olympia. Recent “cute” but not necessarily great films with pleasing scenery of the islands include Mama Mia (Skiathos and Skopelos) and Sisterhood of the Traveling Pants 1 & 2 (Santorini). For a classic film, don’t forget the Academy Award winner Zorba the Greek 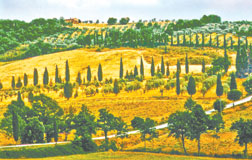 Tuscany is a favorite setting for many popular films.

Vienna is another favorite city of ours. Before Sunrise celebrates the exploration of the city with such memorable scenes as those of the ferris wheel at the Prater amusement park and the many parks and coffeehouses that symbolize the place. And, who can forget the film noir Vienna of Joseph Cotton, Orson Welles, and Trevor Howard in The Third Man which also features the ferris wheel, not to mention the sewer tunnels?

Brugges, Belgium (pronounced broozh), one of the best preserved medieval cities in Europe, is another favorite of ours. Golden Globe winner In Brugges with Colin Farrell has some rough language and violence, but I thoroughly enjoyed both the film and the ever present city which seems to become part of the plot.

Finally, what discussion about films that inspire travel would be complete without a mention of The Sound of Music? On my first trip to the top of the mountains over looking Salzburg, I couldn’t help but spread my arms, twirl, and sing “The hills are alive”, much to the consternation of my travel companions!

Do you have a film that is particularly evocative for you? If so, write and tell me about it at vickieonmarco@gmail.com. If you have a digital photo, send it along; perhaps I will feature your comments and photo in a future column.