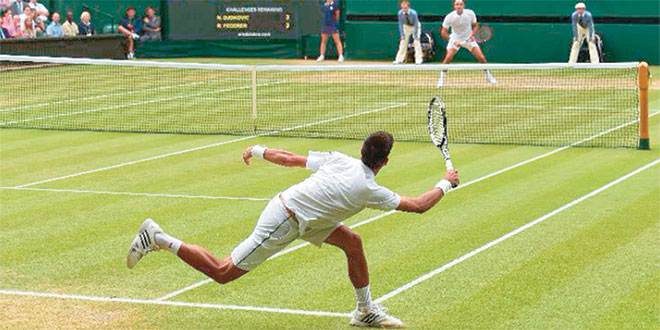 Over the years, traditions in all sports, have changed.

Two of the most ‘old school’ and honorable sports are tennis and golf.

I was recently watching a broadcast of vintage Wimbledon matches on The Tennis Channel. The show included an interview with the great Rod Laver, aka, “The Rocket”, about how the game has changed since his day, both in regards to the speed, spin and power of today’s game, as well as what it was like to play at the Grand Slams back in his era.

Some of the clips and films they were showing during Laver’s interview were in black and white.

One of the highlights showed Laver and his opponent entering the court at Wimbledon for their match. As the two players humbly and quietly walked out onto Centre Court they entered together, side by side. They 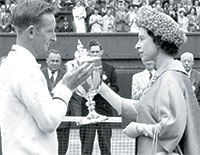 The honor of being champion! Submitted Photos

were both wearing traditional white cotton tennis shorts, carrying nothing but 2 or 3 wood racquets and a towel. Halfway to their chairs on the side of the court, they stopped, turned and bowed to the royal box.

Boy how times have changed!

At most tournaments now days, the players enter the court, to a fan inspiring introduction, which usually includes music and sometimes is even enhanced by a light show and fireworks! Players go out on the court carrying more gear, bags and luggage than most people would take on a two week vacation!

During the broadcast, Laver was telling a story of how he was scheduled to play in a final championship match. Laver commented that he and his opponent had dinner together the night before and breakfast together, Sunday morning, the day of the championship final. After breakfast, they warmed each 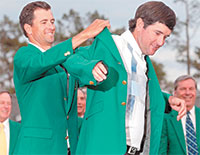 other up on the practice court, before the match. Laver chuckled as he admitted, they had to practice with one another because they were the only two guys left in the locker room on Sunday morning!

Again, boy how times have changed!

Like tennis players, professional golfers also have a full support team/entourage in their camp. But competing in golf is different than competing in tennis. When golfers are out on the course, it’s just them and their caddy. No entourage of family, friends, coaches, trainers, gurus, sitting in the box, that they can look to for support or give a dirty look to blame it on when they are not performing well.

The tradition of competing like a gentleman sustains itself in both golf and tennis, however, (and

this is tough for me as a tennis coach to admit) I must honestly say, that I feel in general, golf holds more to its traditions and proper etiquette, than does the sport of tennis.

With that said, there are two events which truly hold on to the old school traditions and proper etiquette of their history.  They are Wimbledon in tennis and The Masters in golf.

So, what makes Wimbledon and The Masters so special?

Outside of tradition, the main difference at both events, is the atmosphere and the setting.

At The Masters, there are no Cadillacs magically floating on the ponds, no towers or hospitality tents along the fairways, no blimps with advertising flying overhead. It’s just the beauty of the golf course and the heart of the players.

At Wimbledon, there are no advertising logos permitted in the stadium. The only 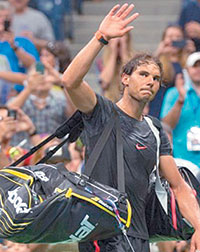 “Boy how times have changed!”

things you see, are the Wimbledon crest, the gold Rolex clock and a couple of small white Slazenger ball logos. The television cameras are even covered with green tarps to blend into the traditional green backdrop of the stadium.

It’s just the beauty of the grass, Centre Court, and the heart of the players.

Beyond the beauty of the setting of these two events, tradition is what makes these tournaments so special to both the fans and to the competitors.

At Wimbledon, players are required to wear all white outfits. The ball boys and lines judges are all properly dressed in Ralph Lauren designed attire. Players are referred to as Mr., Miss, or Mrs., before their names. Competitors are awestruck and sometimes overwhelmed, if they are lucky enough to play a match on Centre Court. Many of the people in attendance in the grandstands are wearing suits and proper dresses. 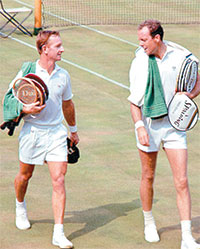 The Duke and Duchess of Kent congratulate the Champions and console the Finalist and in Lavers case, the Queen herself, presented him the trophy! Now, that’s tradition!

The same heritage and tradition holds true at The Masters. The caddies wear white overall jump suits instead of shorts. The PGA officials, like the umpires at Wimbledon, wear a coat and tie. Every player fears and respects amen corner. And of course, there is the honored tradition of the presentation of the green jacket, where the passing of green jacket is presented to the new champion by the previous year’s title holder.

Whether a player is walking on to Centre Court for the Wimbledon final or making that walk to the 18th green on Sunday at the Masters, the history and tradition of the moment is a special thing to watch.

I may be kind of 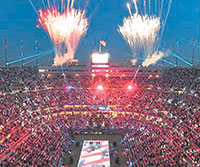 old school, but in today’s fast paced, all about me world of selfies, Facebook, Twitter, Instagram, etc…, which we live in. I feel it is a wonderful thing, that in their trophy acceptance speeches, the competitors in these two sports, always seem to find time to mention the heritage and history of their sport and how honored they are to be the champions.

Wayne Clark is a certified professional tennis instructor with over 25 years experience coaching players on all levels of the game. Wayne is also qualified in pickleball instruction. He has been the head instructor at The Marco Island Racquet Center since 2001. The Racquet Center offers clinics, private and group lessons for both tennis and pickleball. Coach Wayne’s Island Kids Tennis juniors program runs year round and has classes for players from kindergarten through high school. Contact Coach Wayne by email at WClark@cityofmarcoisland.com, by phone or text at 239-450-6161, or visit his website at marco-island-tennis.com

Learn to TurnA Question of Balance