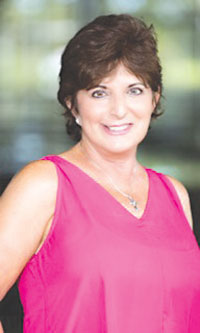 Toni Mezzoline has returned to real estate sales on Marco Island as an agent handling the Marco and Naples markets for Downing-Frye Realty, in Naples.

For 16 years, she was the general manager at Porky’s Last Stand, until its 2012 closure. Mezzoline was a real estate agent on the island from 1986 until 1999, when she joined Porky’s. After taking some time off, she returned to real estate last year.

Mezzoline donates a portion of her commissions to a charity of her client’s choice or to the Youth Haven shelter for abused and homeless children in Naples, St. Jude’s Hospital and Ronald McDonald houses.

She’s thrilled to be working on Marco once again.

“I go to functions and see a lot of people I’ve dealt with over the years,” she said. “I’m anxious for the season. I think it’s going to be a good season and I’m hoping to do really well.”