To Peek or Not to Peek? 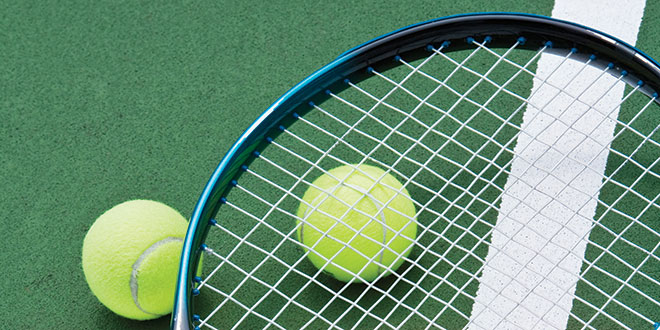 Unless we are coaching highly ranked tennis players, I am a firm proponent of having my net players turn and take a brief look at their partner during a doubles point.

Far too many unproven doubles players do not move with their partners, and thus are not prepared for the next ball. Too often, with their eyes peering straight ahead, they plant their bodies in the same place and become spectators.

I have witnessed some of the brightest coaches in the country teach an advanced doubles drill (especially in Florida), and they advise their players to never look back. And I completely respect their viewpoints, but we just have to agree to disagree.

Let’s face facts: A large majority of the tennis population is rated between 3.0 and 3.5. With that thought in mind, I urge all recreational players to consider looking back (briefly) to observe if their partner is hitting the right shot. Even though their intention is to hit crosscourt, they may hit the ball either down the line or near the middle, thus impacting their teammate.

Now, since so many inexperienced players misfire, their partners need to react as quickly as possible. So, when your partner quickly looks back to see what is actually occurring, they can better anticipate their next move.

Conversely, I have witnessed too many younger players only looking straight ahead, and they tend not to move enough and truly follow the point. In a perfect world, I want my players to continually move and look in many different directions to be quick reactors.

Albeit uncommon, I have spoken with a few Division 1 tennis players who have admitted to taking the occasional peek backwards at their partner during doubles matches. The most common explanation I received from them was their desire to be on the same page as their partner, and not allow their opponents to hit an easy, open target.

When we really take a moment to analyze our predicament, I believe it is unnatural for a tennis player to keep their eyes peering straight ahead, while the action is behind them. After all, we all tend to be a little curious and it is only normal to check out what your partner is going to do with a given shot during an intense rally.

In order to reach new heights, doubles teams must be active. Once the point develops, teammates must be in sync. In order to achieve this goal, no one can be stationary; players must be in motion and be prepared to move all over the court, if necessary.

My biggest fear with recreational tennis players not peeking at their partner, is that they are not ready for any form of rapid fire from an aggressive opponent.

Finally, I urge all tennis players to constantly move so one can truly jell with their partner. The key is to understand that any given point can change in a heartbeat; always be willing to make modifications. Feel free to try both methods: Move and peek back at your partner or switch and keep your eyes forward. Let me know which plan works best for you. Good luck.