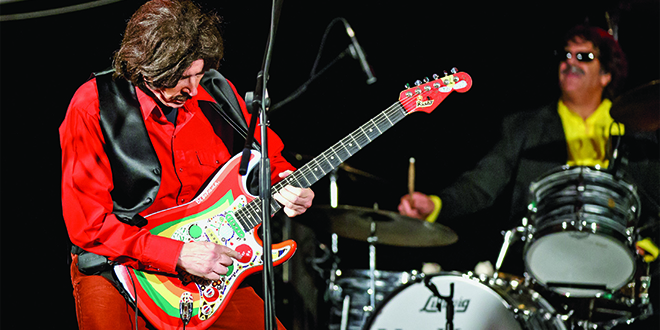 She’s got a ticket to r-i-ide, but…we don’t care a ticket was not needed for excellent entertainment on a recent Saturday evening! In fact, there was great music, great weather, great food and entry into the event, the Island Rock’s Concert at Veterans Community Park was free! By the end of the evening it is estimated more than a 1,000 residents and visitors took advantage of the free concert (no ticket needed) put on by the City of Marco Island and First Integrity Bank of Florida.

Starting off the event was the ever-popular Marco Island Charter Middle School Jazz Band followed by the bluesy-rock style of Little Eddie and the Fat Fingers. The headliner, “The NoWhere Band,” brought the crowd to their feet dancing, applauding and during their final, yelling for an encore.

The Beatles tribute band works hard bringing the audience in with authentic style costumes and instruments, they started off with Ed Sullivan’s recording introducing the Beatles to America for the very first-time. By the time the show ended, The NoWhere Band had gone through at least three decades of music with coordinating costume changes. Attesting to the crowd’s approval, everyone from 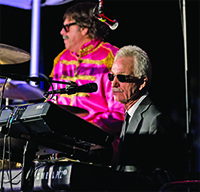 Malloy said, “Our goal was to provide an event that the whole community could enjoy. What is better than an evening in the park with great food and entertainment? Our committee worked hard in putting this together. We appreciate the participation of local businesses and non-profit organizations which helped make this event a success! Our next Island Rocks concert will be held Saturday, May 27th. I hope everyone puts it on their calendar and we will see them there!”