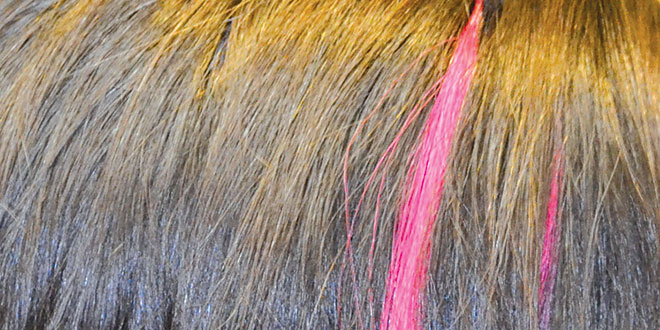 The staff at Salon and Spa Botanica of Marco Island is at it again. For the second year in a row, they are participating in “Pink Hair for Hope” in honor of Breast Cancer Awareness Month. Stan’s Idle Hour in Goodland will host the entire salon team on Sunday, Oct. 26, where they will provide a pink hair extension to anyone wishing to donate $10 to the National Breast Cancer Foundation.

The Pink Hair for Hope movement was started nine years ago through hair-extension company, SO.CAP.USA, and has been growing exponentially ever since. So far this year, over $2.5 million has been raised in salons across the country. Here at home, Salon and Spa Botanica hope to surpass the $3,500 they were able to raise in 2013.

In fact, they’re trying a few new strategies this year. Their event at Stan’s is now later in October, in hopes of a drawing a bigger crowd, and they are reaching out to more local restaurants and businesses to boost participation. Last week, Porky’s Restaurant and CJ’s on the Bay on Marco Island both showed their support by hosting the salon team at each 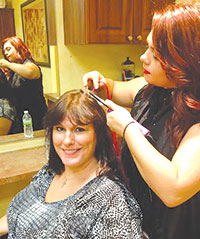 Even Coastal Breeze Newsstaff does their part: Cherie Logan adding pink to her hair. SUBMITTED PHOTOS

“I can’t imagine what a fundraiser like this would do during season, but this shows the incredible amount of support we’ve got,” said salon owner Tom Brummitt. “We have clients who have dealt with breast cancer personally. I guess everyone knows somebody who has been affected, but the research seems to be paying off. With longer life expectancy, advancements, education, programs and events, it’s building awareness as much as it is raising money.”

Diane Schreiner, a hair designer and nail tech at Salon and Spa Botanica, moved to Marco Island a few years ago, and brought the idea with her from the salon she worked at in Illinois. They had been participating in Pink Hair for Hope since 2006 and had seen widespread support. Schreiner said she originally became involved because of her mother, now a 10-year survivor of breast cancer.

“We got into it, and it became a huge thing. We would get whole volleyball teams, basketball teams and cheerleading squads coming in for pink hair extensions,” said Schreiner, “We raised $8,000 the first year, and we were the only salon doing it.” 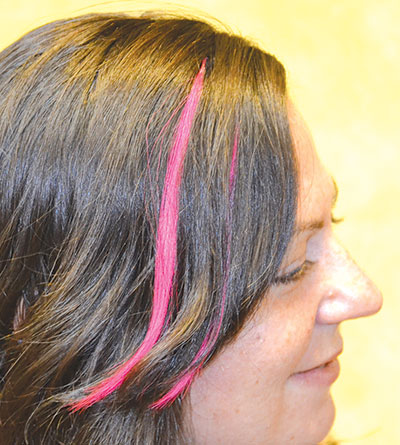 the salon has already raised $500. Last year, the main event in Goodland saw support not only from Stan’s, but from all of the other local restaurants and the community as a whole. The tiny island was dressed in pink and having a good time, said Goodland resident Tammi Williams, coordinator and nail tech at Salon and Spa Botanica.

Williams, whose best friend has been struggling with breast cancer, said watching her friend fight with such amazing strength has inspired her. “Everybody is excited about it, and that makes me so happy. It’s fulfilling to be able to do something that spreads hope in the world,” she said.

Interested in showing your support? Call Salon and Spa Botanica to make an appointment at 239-394-6633. The salon is located in the Shops of Marco, 141 South Barfield Drive. And come on out to Stan’s Idle Hour on Sunday, Oct. 26, between 1-5 PM to get your own pink hair extension and join in the cause. Extensions come in light pink and fuchsia, and the team will be set up to put them in right there on the spot.

To learn more about Pink Hair for Hope, visit www.pinkhairforhope.org