There’s More to the Story 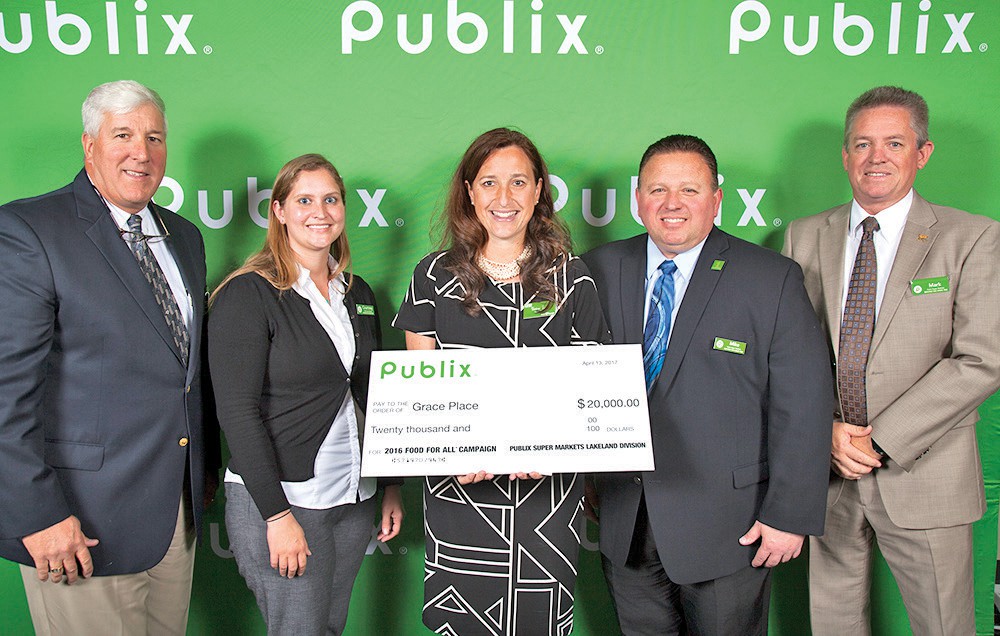 Go to our website at coastalbreezenews.com for more information…

Chief Development Officer Barbara Evans accepted the check on behalf of the organization at the Publix Super Markets corporate headquarters in Lakeland on April 13, 2017. Evans explains, “We are so grateful for this opportunity provided by Publix to support Grace Place for Children and Families. Publix has been a generous and consistent supporter of Grace Place, and a sponsor for “A Swing of Grace” golf outing benefiting Grace Place. We are thankful that Publix continues to give back to the communities where it does business.”

To keep young children safe in the water, the Collier County Parks & Recreation Division is offering a 20 percent discount for all Collier County children age 5 and under for Level 1 swim lessons at all county aquatic locations.

Deaths from drowning for children age 5 or younger in Florida are more than double the national average are higher than any other state in the nation, per the Florida Department of Health. More than two-thirds of those deaths occurred in swimming pools. Drowning is the leading cause of death of children aged 1 to 4 in Collier County, according to the Bureau of Vital Statistics. Swimming lessons have been proven to decrease the risk of drowning in children.

Collier County offers Level 1 swim lessons at a cost of $40 for eight classes. During the class, an instructor helps orient the child and his or her parent or adult partner to the water and prepares the child to learn to swim.

The discount, which amounts to $8, is good for those lessons scheduled during the period between May 15 and Aug. 31.

The county is partnering with the NCH Safe and Healthy Children’s Coalition, which has had a countywide campaign to prevent drowning since 2012. The county’s swim lesson discount will be included in the Water Smart Kids Prescription Booklets, which are presented to families through pediatricians and family practitioners at well child checkups between 9 months and 5 years of age.

To receive the discount, bring the booklet to the aquatic center of your choice and register. Collier County offers swimming lessons (and parents can register their children for those lessons) at three locations:

Did you know that Collier County’s three airports contribute more than $55 million to our local economy and are essential to Florida’s No. 1 industry, tourism?

To celebrate this and more about our airports, the Collier County Board of County Commissioners proclaimed April 2017 as Aviation Appreciation Month in Collier County at its regular meeting on Tuesday, April 11.

Collier County government oversees three airports – the Marco Island Executive Airport, the Immokalee Regional Airport and the Everglades Airpark. Each of these airports plays an important role in the economic development and growth of Collier County.

The largest of the County’s airports at just over 1,300 acres, the Immokalee Regional Airport, serves as a base for aerial firefighting and crop dusting operations. About half of the airport’s operations are flight training-related. The airport’s industrial park supports small, start-up businesses in its incubator facilities, and is home to several local manufacturers and International Hot Rod Association-sanctioned weekend drag racing. A 60-acre zone in and around the Airport is designated a Foreign Trade Zone, which offers companies the convenience of deferring any duties or taxes until the business ships the goods out of the zone. Plans are currently underway to develop a warehouse on the property into the second of Collier County’s economic accelerators, focusing on agribusiness and the culinary industry. 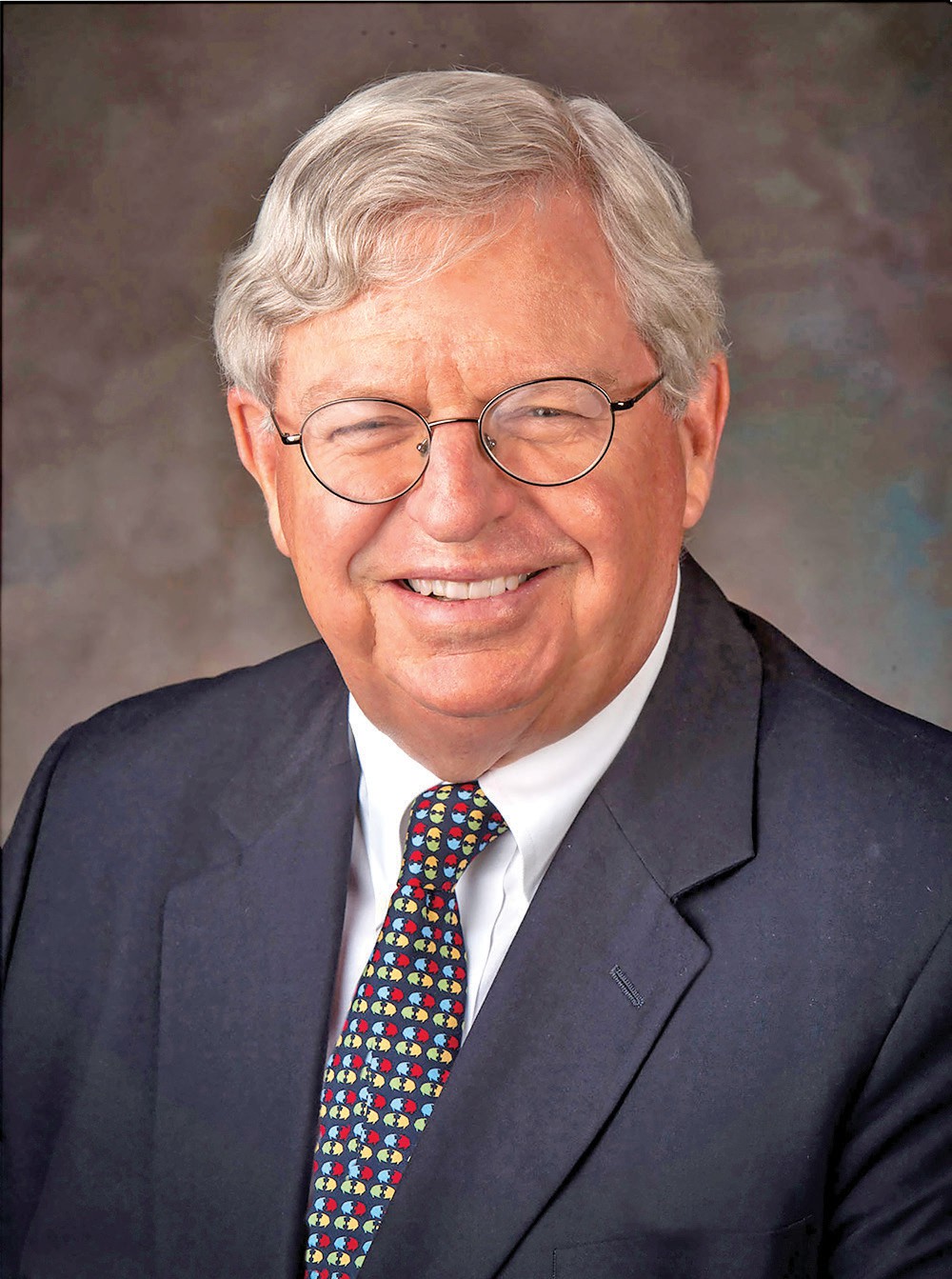 to the Marco Island Squadron of the Civil Air Patrol, which serves as the citizen auxiliary to the U.S. Air Force, performing key missions that include search and rescue missions and disaster relief operations. Design plans are underway to construct a new and relocated, two-story terminal building to meet current and future airport demand while enhancing airport safety. The groundbreaking of this $12 million project is expected in late 2017.

Everglades Airpark, known as the County’s eco-tourism airport, is surrounded on three sides by the waters of Everglades National Park, and serves predominantly recreational and flight training activities. It is a destination for vacationers and outdoor enthusiasts who come to fish, boat, camp and explore the Everglades. The Gulf Visitor Center and National Park ranger station are within walking distance. It is also home to WINGS Aero Tours, which provides seasonal air charter and aerial tours through the Ten Thousand Islands, Everglades National Park and the Florida Keys.

The three are part of Florida’s general aviation industry, which contributes more than $7.7 billion annually to the state’s economy, employing more than 64,000 people and accommodating more than 9 million visitors and business travelers annually.

The Grand All Image Award is presented to the best public relations program in Southwest Florida and was awarded for the elections office’s “Election Ready” public information campaign which aimed to educate voters on how they could prepare for the 2016 Election Cycle.

The elections office was also awarded an Image Award for the “Election Ready” campaign and an Award of Distinction for their “Countdown to Enterprise” communications campaign which helped notify voters about the office’s relocation to Enterprise Avenue.

In order to qualify for judging, Image Award entries must incorporate sound public relations research and planning and must meet the highest standard of production, implementation and evaluation of results within the means of a budget. Awards of Distinction are presented to entries that meet the standards of excellence set forth by the panel of judges and an Image Award may be presented to the top-scoring entry in each category if the entry meets predetermined criteria of excellence set by the panel of judges.

“We are extremely honored to have been recognized for our efforts in preparing voters for the upcoming elections and I am very proud of my staff who worked hard on both of these projects.” – Jennifer J. Edwards, Supervisor of Elections.

George Heisler, retired attorney specializing in transfer taxation and business succession, was recently inducted as a board member of Sanibel Captiva Holdings, Inc., holding company of The Naples Trust Company.

Heisler focused his practice on estate and business planning with particular emphasis on the succession and transfer tax problems of families that control public and closely held companies. He continues to serve as senior counsel to a select group of his long-time clients. Previously, he served as the Chair of McDermott Will & Emery LLP’s Private Client Department from 1999 through 2006 and as Partner-In-Charge of the firm’s Chicago office from 2006 to 2009.

Heisler was actively engaged in the structuring of family business control and valuation devices, planning to facilitate the retention and transfer of family businesses, and multigenerational tax and estate planning for wealthy families. “George’s experience in this area and the range of clientele he served makes him ideally aligned with the goals and specialties of The Naples Trust Company, The Tampa Bay Trust Company and The Sanibel Captiva Trust Company,” said Al Hanser, founder and chairman.

Heisler graduated from Harvard College in 1965 (AB magna cum laude) and from Harvard Law School in 1968 (Juris Doctor). He was a long-time member of the American College of Trust and Estate Counsel and received numerous awards during his legal career, which included being named in Best Lawyers in America; recognized as one of the Nation’s Top 100 Estate Planning Lawyers by Worth Magazine; named to Chambers USA: Leading Business Lawyers, 2006-2011; listed by Law & Politics as an Illinois Super Lawyer in the area of Estate Planning and Probate, and was named as a Top 10 Estate Planning Lawyer in Illinois by Leading Lawyers Network.