‘The Whistler’ by John Grisham 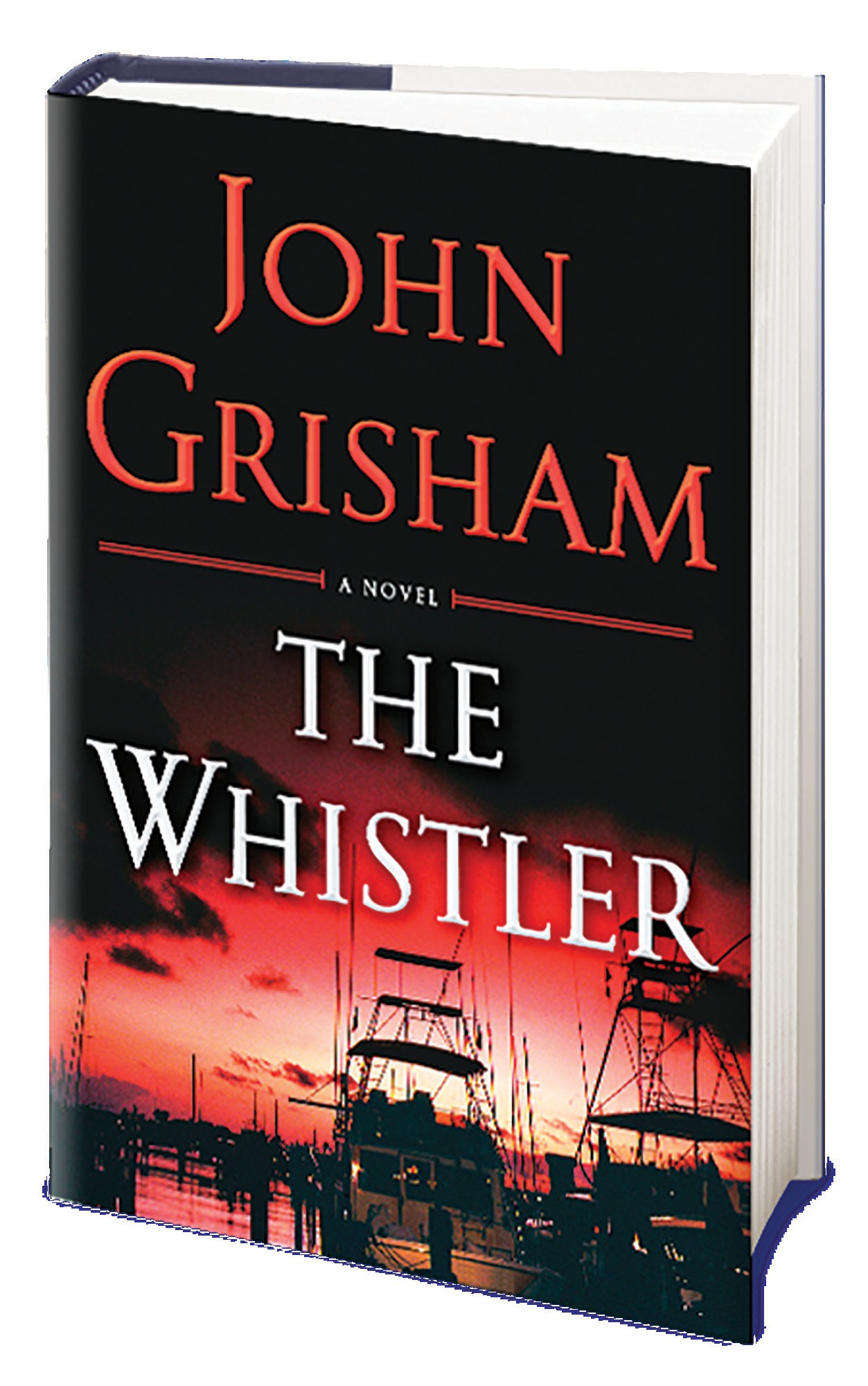 “Moving on, though, was difficult, at least for Lacy. She was too emotionally involved in the case to simply close it and open another file.”

A judge who collects rare first edition books…Love her! Being investigated for skimming money from a casino on Native American land? No!

“The Whistler” opens in Florida with judicial misconduct investigator Lacy Stoltz. It has all the pieces for a five-star Grisham mystery-thriller: a government agency, a corrupt judge, a casino, and the mafia. The plot is clear, and as the title suggests, it is about a guy working for another person who knows someone who can expose the corruption of a judge in order to collect cash under the whistleblower statutes. A straightforward investigation filled with questions as every turn.

On nothing more than an elusive tip from a maybe trustworthy former convicted felon, Lacy and her partner, Hugo, must decide if the risk is worth the reward. This case would be much larger – and more dangerous – than any other judicial misconduct case they’ve tackled in the past. Florida’s Board of Judicial Conduct is a small team investigating claims against judges for taking bribes or for being alcoholics. But now, Lacy is faced with a claim that one particular judge is the most corrupt judge ever.

Their informant, Greg Myers, is a former lawyer, disbarred, and is acting as an intermediary between his source and the actual mole providing the compelling evidence. So many holes in an otherwise intriguing story.

What I enjoyed most about this book was the change in point of view, taking the readers into the minds of several characters. It impressed me that the story revolved around two strong women, secure in their careers and strong in their characterization, one honest and one corrupt. But the book didn’t really put the two women against each other, and that perhaps helped me enjoy the book even more.

Ultimately, “The Whistler” ended up – for me – to be an enjoyable read with expected outcomes that had me pleased to discover my guesses were correct along the way. There is an epilogue, which does a decent job of tying up most loose ends, and the feeling I walked away with, as is what’s most important to me when reading any book, is that life is good and corrupt people are punished.

Here are my top three favorites about this book: 1. It takes place in Florida. 2. The two women moving the story forward are both strong and careerdriven: an investigator and a judge. 3. In the end, the good side prevails.

I have another reason for liking this book, but to reveal that would be to mention a spoiler, and I won’t do that. But I will say it was comforting to read the predictability of the characters. Each character reacted in the way I expected them to react, given the situation they were placed in, and that made for great reactions from the reader – me.

My reactions? Eye-rolling because Lacy and Hugo agreed to a late-night meet in the middle of nowhere; empathy for the stressout wife and how she behaved; shaking my head when the relatives of Hugo focused more on money than on the important issues…all these little tidbits contributed to the overall reliability of the story, and it’s those details that left me with the feeling that this was a well-crafted book.

What reactions do you like to have when reading a great story?

What other Grisham books have you read? I’m looking for a great audiobook to listen to next! Any great narrator recommendations?

New York Times and USA Today bestselling author Marisa Cleveland loves to laugh, hates to cry, and does both often. She has a master’s degree from George

Mason University and joined The

6-12. Previous to teaching, she worked as an assistant director for a graduate school in Washington, D.C., before settling in

Southwest Florida over a decade ago. As a former gymnast, cheerleader, and dancer, she understands the importance of balance, and she encourages everyone to stay flexible. Cleveland is a Leadership

Marco 2015 alum, and she loves connecting with other readers through social media. Though she’s a painfully private introvert, she can be reached through her website: www.marisacleveland.com or follow her journey on