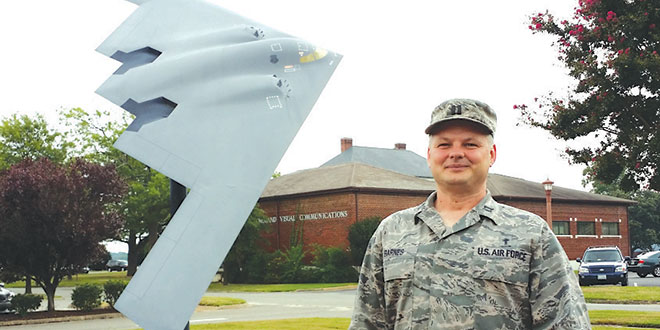 Early this month Pastor David Barnes moved to Marco Island from Virginia where he was stationed with the Air Force. SUBMITTED PHOTO

The United Church of Marco Island (UCMI) has welcomed a new associate minister to their ranks. Pastor David Barnes, an active Air Force Captain and ordained minister, began working at the church on September 6. David will be with UCMI year-round, focusing primarily in the areas of pastoral care, outreach and worship. UCMI will formally celebrate his arrival on November 15, with an installation worship service.

In many ways, David is a polymathic man. He has 12 years experience as a chaplain (Captain) in the United States Air Force Reserve, as well as experience in church and hospital ministry. Before he began his pastoral career, David was a successful businessman. He received a B.A. in business administration from the University of Tennessee, and later received his Masters Degree in business from the University of North Carolina at Chapel Hill. David has worked as a money manager, a business consultant and a financial associate at a Fortune 500 company.

David, however, felt that his true passion has always been with God. After an encounter with his pastor, in which she urged him to follow his passion with the church, he realized that it was time to make some changes. So he decided to refocus his life. He went back to school and earned a Masters of Divinity degree from the Chicago Lutheran Seminary. Now he is currently finishing the dissertation portion of his Ph.D. at the University of Delaware, where he has been researching economic models for international development. These models, put simply, work to help people overcome poverty.

“David is a person of genuine faith and integrity,” said Pastor Mark Williams, senior minister to the church. “He is compassionate, empathetic, humble, a good listener, a thoughtful preacher, and has a great sense of humor.” Not to mention, he could probably give you some pretty solid business advice as well.

David’s studies, as well as his time in the Air Force, have allowed him to become somewhat of a globetrotter. He’s been to places in Africa, Asia, Central Europe, and now Marco Island. When asked why he chose Marco, as opposed to say, anywhere else in the world, he said, “I had never actually heard of Marco Island before. It’s a great secret. It sounds odd, I was sitting in Chicago and just sort of felt guided to check some things out and very quickly one thing led to another and I started a conversation with Pastor Mark.” And now here he is. It seems that everything has fallen together rather gracefully for David and for UCMI.

“I think it was God’s timing,” David said.