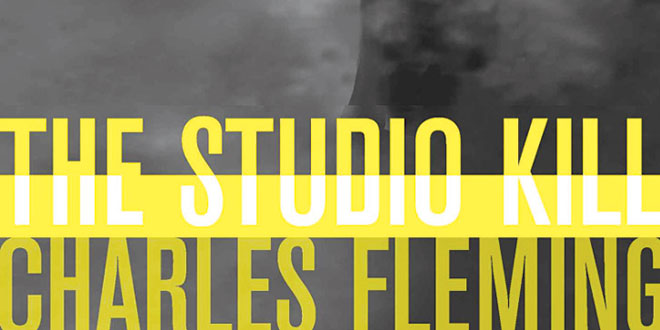 “One difference between film noir and more straightforward crime pictures is that noir is more open to human flaws and likes to embed them in twisty plot lines.” – Roger Ebert

Set in 1947 Los Angeles just after the murder of Bugsy Siegel, “The Studio Kill” tells the story of John McClellan, chief detective for Continental Studios. His responsibilities include looking after and cleaning up after the studio’s movie stars, both major and minor, as well as attending to other events of interest to the studio executives.

McClellan is honest, hardworking and no-nonsense in his approach to his work. These admirable characteristics get him into hot water when he investigates the death of the wife of a Continental Studio movie director. To McClellan, her “suicide” was obviously a murder. He takes it personally since he had a tender spot in his heart for her dating back to before World War II. Strangely, McClellan is more grieved over the death of Claire Korman than is her widower.

This book is a film noir in print. Not only 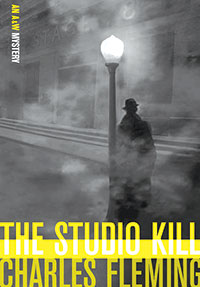 does Fleming use the vocabulary of the time period, but it is brimming with plot twists and developed characters that keep the reader flipping pages. There are several dead bodies, a kidnapping or two, rough 1947-style LAPD “interrogations,” multiple sightings of Hollywood stars at Romanoff’s, Chasen’s, and various bars around the area. Fleming enriches the star sightings with little tidbits of historical information on their misbehavior and how adept the studios of that time were at keeping such things out of the media.

Murder, gossip, kidnapping, romance, hate, betrayal, poisoning — this novel noir has it all. There is even a communist-hunting U.S. congressman! “The Studio Kill” is a great escape on a hot summer afternoon or evening. Curl up with the book and chances are that four pages into it you’ll be reaching for a Camel, your cigarette lighter and a highball. I had visions of Robert Mitchum, Richard Widmark, Lauren Bacall, Marie Windsor, Robert Montgomery, Barbara Stanwick, Gene Tierney, Humphrey Bogart dancing in my head as I read this. Let me know who you see in the smoke-filled rooms of “The Studio Kill.”