The Story of Passover 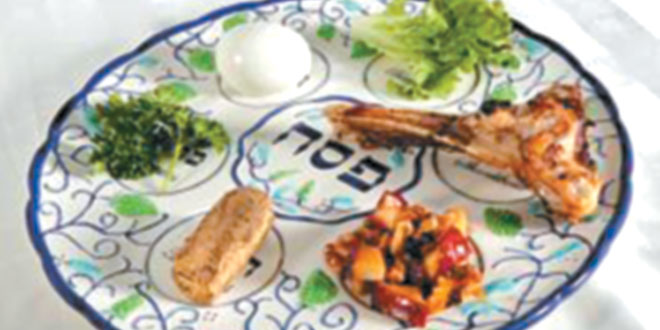 Passover is quickly approaching, and many Jewish families on Marco Island are busy in preparation. This year the holiday begins on the evening of April 22, and ends in the evening on April 30. To learn more about this important holiday, Coastal Breeze News contacted the Passover Committee at the Jewish Congregation of Marco Island, who graciously provided this explanation for our readers.

Passover marks the liberation of the Israelites from 400 years of slavery in ancient Egypt. They were led to freedom by their leader, Moses. God performed many miracles in the process of the Israelites’ redemption. First came the ten plagues. The tenth and most severe plague was the death of the Egyptian first-borns. God instructed the Israelites to mark their doorposts with the blood of a slaughtered lamb so that He would know to pass over those homes. This is where the name Passover comes from (Exodus 12:11-13). There are actually three other names for the holiday: Holiday of Matzot, Holiday of Freedom, and Holiday of Spring. God’s exodus miracles culminate with His grand finale: the splitting of the Red Sea.

The holiday begins on the 15th of Nissan on the Hebrew calendar with a Seder based around a Haggadah. The Haggadah tells the age-old Passover story of freedom. Haggadah is a Hebrew name that means explain or telling, the meaning of the Hebrew word Seder is order. All the stories and prayers and blessings and times of tasting foods and drinking wine are arranged in this Seder service in a special order that does not change. The Seder is a ritual that takes place on the first night of Passover. It has 15 parts, delineated in the guidebook for the ritual: the Haggadah.

On the table at the Seder is a Seder Plate, which has six symbolic foods on it: A roasted egg (beitzah), a shank bone (beora), lettuce (chazeret), parsley (karpas), bitter herbs (maror), and a mixture of nuts, wine, apples and cinnamon (Charoset).

The night is filled with many customs, culminating in the prayer that the holiday be celebrating the following year in Jerusalem. When the Israelites left Egypt, they left in such haste that their flour did not have time to leaven. Because of this, Jews today abstain from all leavened wheat products during the holiday and eat the traditional Matzo or Matzah (unleavened bread).

In biblical times, an unblemished lamb was sacrificed. Today, in the absence of the Temple, the mitzvah (good deed) is memorialized in the form of symbolic food placed on the Seder Plate, usually a roasted shank bone. Parsley is dipped in salt water symbolizing the tears of slavery. A bitter vegetable is eaten (typically raw horseradish or romaine lettuce), symbolizing the bitterness of slavery. The bitter vegetable is dipped into Charoset, a traditional food that combines apples, wine, nuts and cinnamon, symbolizing the mortar for the bricks used by the slaves.