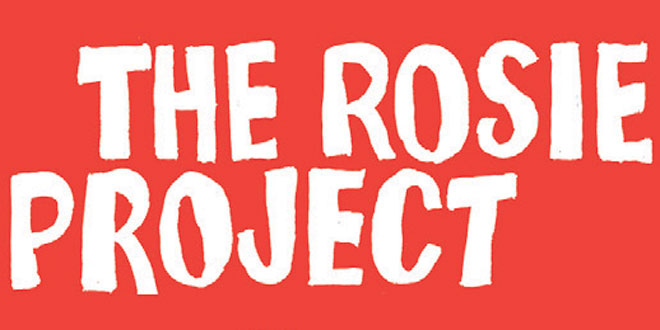 Don Tillman is a 30-something professor of genetics at a Melbourne university who has decided it is time to get married. He has never had a second date in his life, and most of his first dates have ended prematurely.   Professor Tillman has Aspergers syndrome and lives his life with strict adherence to routine; rationality and time management. TV fans should think of Sheldon Lee Cooper (Big Bang Theory) or Martin Ellingham (Doc Martin on PBS) to grasp the depth of Don’s social ineptness.

Owing to his cerebral approach to all life’s problems and situations, Don embarks on The Wife Project as a way to find his suitable mate. He draws up a 16-page questionnaire to filter out the unqualified – smokers, overweight, under exercisers, etc. His best friends Claudia and Gene Barrow aid him in the plan for his Wife Project. Gene is a professor of Psychology at the same university as Don and has a very peculiar hobby 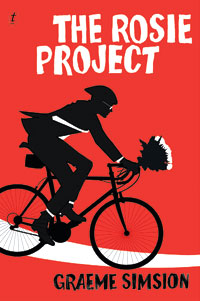 – seducing a woman from each country on the earth. These are tracked by pushpins placed on a wall map in his office. His long-suffering wife Claudia has been a source of social etiquette for Don over several years.

In the midst of Don’s execution of his Wife Project, Rosie Jarman enters the scene and everything changes.  Rosie wants to find her biological father with whom her mother had a brief encounter at a medical school party decades previously. She died when Rosie was 10. Rosie is convinced that Phil, her mother’s husband, was not her father because of the difference in eye color. Still working on his Wife Project, Don agrees to help Rosie find her biological father.

The Rosie Project is absolutely hilarious; a comedy with a large helping of scientific information, charming characters and the mystery of Rosie’s real father. There is an inordinate amount of alcohol consumed by these folks!  It’s a fun read for the busy holiday season or any time. If you need to relax and release those feel-good endorphins, The Rosie Project delivers.