The Return of Wrestling to the Summer Olympics A Win for Contestants, Spectators, Coaches, and Society 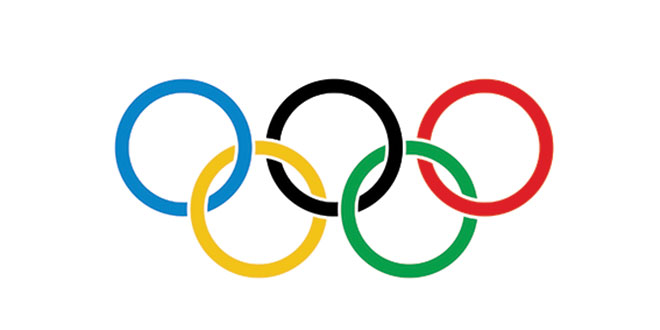 In 2013, the International Olympic Committee voted to drop wrestling, a core sport in Summer Olympics. To many this was unfathomable because wrestling was one of nine sports of the ancient Greek Olympics dating back to the year 708 B.C. After an overwhelming outcry from competitors, coaches, and spectators wrestling was reinstated, but as a non-core sport. The wrestling community was grateful for its return, but many within this assemblage found it offensive that a sport which transcends limitations and builds immeasurable character and whose origin traces back to ancient times and the beginning of competitive sport, would be considered replaceable and irrelevant.

Wrestling is both an individual contestant and team sport. When a wrestler competes he or she stands alone on the mat and solely confronts an opponent with agility, strength, skill and knowledge. It is a sport that allows competitors of different weights to compete against an opponent of similar size, thus providing opportunities for participants not made available in most other team sports. Yet a wrestler is a cohesive part of a closely knit group, for a team championship is determined by total points awarded to each winning competitor.

We live in a society that relishes competition and is seriously attentive to the three major sports that entertain us during the four seasons of the year. Football, basketball and baseball are the most consistently watched, collectively draw the biggest crowds and continually make the most money. In many high schools and colleges, football and basketball together fund their institutions entire athletic program. Subsequently, we pay less attention to what Americans consider minor sports, especially those which do not lead to a professional career. Often we fail to comprehend the importance of these programs and the qualities of persistence, sacrifice, constraint and discipline, which these athletes develop during rigorous hours in training and competition. As adults these same athletes frequently participate in youth sports, often promoting start up programs in local schools and communities, providing opportunities to the next generation. Few of these most accomplished minor sport athletes gain the celebrity status of their more recognizable, high profile professional counterparts who garner high salaries, accumulate massive amounts of wealth and are recognized for their philanthropy. The athletes this writer has known, particularly in the sport of wrestling, have made lifelong commitments to teach this ancient, honorable sport to young students who go on to excel in wrestling and follow the example of their coaches and give of their time and talent to the next generation.

The best way to illustrate this concept is to tell the story of a spirited but unlikely candidate for sport stardom and a life dedicated to helping others. A fourteen-year-old who would become a talented, likable, fierce competitor and complete a season and career long remembered and revered. He became a man of conviction who would spend a lifetime sharing his love and knowledge of sport and competition with aspiring young competitors of all ages in a multitude of sports.

Cut from basketball, a thin, freckled-faced, red-haired, scrawny student showed up for St. Bernard High School’s historic first official wrestling practice in the late fall of 1970. He weighed 95 pounds and stood five foot tall, not what most coaches would envision as a formidable athlete or cornerstone for a new wrestling program. His name was John Satti, one of five children from a close-knit family whose patriarch was the well liked and respected state attorney for the City of New London. Within days of meeting and talking with John and studying his demeanor the coach realized he had a potential champion, but knew it would not be an easy or even path for this outgoing, outspoken and strong-willed young man. Nevertheless, the coach made the questionable decision to channel John’s enthusiasm, determination and charisma and make him a focal point of his newly

established wrestling program. He would permit John to become the first sophomore in school history to be elected co-captain of a varsity team, knowing full well that if correct, he would have a strong team, and if mistaken, possibly a failed program.

John immediately proved to be a strong contender, losing only three closely contested dual matches his first year. However, as expected, John was a challenge to the coach for he intentionally pitted will against will and tested the resolve of his 23-year-old coach. Once, John interrupted the coach during a conversation with a team member from a rival school who had been permitted to attend practice. He was ordered to drop for a hundred push-ups. When done, John again interrupted the coach and was told to drop for two hundred push-ups. When asked by the visitor if John was always so brash, the coach replied, “Wait until you see what he’ll say next.” Upon completion of his punishment, John approached the coach and jokingly asked, “Is that all you got?” John was instructed to do 500 push-ups. The visitor asked if the coach thought John would complete the punishment and still be fit to practice. The coach laughingly replied, “Of course, this is what he does. It’s sort of a test of wills and the team admires his gumption and perseverance.”

There were other times that first year when John tested the coach’s resolve. Two hours before departing for a highly anticipated match with an undefeated senior contender, John decided to overeat and was three pounds overweight during the team’s preliminary weigh-in. The coach ordered John to run the six mile route behind the team bus to teach him a lesson and help him lose weight. Annoyed by the directive and embarrassed by his jesting teammates who peered at him through the rear window of the bus, John decided to turn the tables on his coach. With thirty seconds left in his match and behind in points, he surprised the entire crowd by taking control of his highly regarded opponent whom he quickly maneuvered into an inescapable pinning combination. He paused to stare at both the clock and coach, initially hesitating to turn his adversary’s back to the mat. With six seconds left, he grinned toward his coach before pinning his opponent.

I think John performed these outlandish acts to humor his teammates and get a rise out of his young, nervy coach. Once, John wore an opposing team’s uniform under his sweat bottoms and tee shirt to practice to see how the coach and team would react, slowly disrobing behind the coach’s back while the team attempted to restrain from laughter. Then there was the time the coach stopped at his favorite restaurant on the team’s way to summer camp. Before entering the establishment the coach reminded his wrestlers to be respectful and mindful of the other diners. Immediately upon entering the building, John sat down next to an elderly couple enjoying a quiet meal and asked them how they were doing. Although the coach was livid, he didn’t say anything for the couple seemed to enjoy the wrestler’s company and charismatic demeanor.

John eventually matured and began to fulfill his coach’s prophecy. Under his captaincy, the team never experienced a losing season, rising each year until becoming a top contender in state ranking. John constantly improved, winning two Christmas Tournament titles and placing third and later second in two consecutive state open qualifying tournaments. In two years he posted a 32-5 dual meet record, an impressive accomplishment for a member of a team in its early stages of development. But John was not able to win the championship, losing each year in the medal round by a point or two to the eventual winner. At times the close defeats were determined by poor refereeing, but the coach believed the

The championship round of the State Open Qualifying Sectional Tournament, which John Satti won by pin.

real reason for the losses were not due to referee ineptness or his wrestler’s lack of talent, but rather to inexperience and improper mindset. To overcome these perceived and at times real impairments, the coach told John he needed to be more focused on his performance rather than that of the referee. He also reminded his protégé that a pin leaves no room for subjective judging. John would heed these words and his last and senior year would be one for the record books.

In 1974, John became the first wrestler from St. Bernard to complete a perfect season with a record of 25-0. He won the state qualifying tournament, pinning all contestants. He then advanced to the Connecticut State Open Championship, winning all preliminary matches but one, by pin or major decision, and the championship round by a 16-4 major decision. Unfamiliar with the international form of freestyle wrestling, after only one month of preparation, John entered and won the New England Freestyle Championship winning all matches by pin. A month later he entered and won the National AAU Region 1 Championship. John compiled a remarkable 32-0 record before entering the AAU National Tournament where he placed 4th in the nation and gained the title of high school All-American.

John replaced his coach when he retired and ran the wrestling program for five years. He served the State of Connecticut for 25 years having held the positions of Human Rights Investigator, Adult Probation Officer and Juvenile Probation Officer. He remains active in his community as a coach of numerous athletic programs and has continuously raised funds for various youth programs. He served his hometown as a member of its school board and is currently serving a term as an elected city councilor.

John and his coach were elected into the Saint Bernard Athletic Hall-of-Fame in 2006. John was honored recently with a proclamation from his hometown of New London, Connecticut for his accomplishments in the sport of wrestling and his active involvement in community affairs.

John is a great father to his family of six children, most of whom either participated, coach or currently partake in various sport programs. He has continually stayed in touch with his former mentor, who along with his wife, accept him as an integral part of their family.

John is one wrestler, from one school, one city, one county, one state, and from one country. He has honorably represented the sport of wrestling, and in doing so, illustrated the lessons learned from this ancient enduring sport. There are many former wrestlers, coaches and lovers of this sport like John, who exemplify fine character and commitment to the youths of their own communities. Their example should insure that the ancient sport of wrestling will remain a part of the International Olympics.

Wrestling is a sport that has no downside, for regardless if a match is won or lost there is always a lesson learned. In defeat, a participant learns to handle the many losses one confronts in life. If victorious, one learns to handle success with humility, because there is a bond of mutual respect for an opponent who has endured the same grueling preparation. It prepares one to confront obstacles head-on and to stand alone and as an integral part of a team.

The ancient Greeks believed wrestling to be a sport of warriors and a true test of strength and character. Reinstatement of this sport in the Summer Olympics is a testament to its enduring legacy and a genuine win for contestants, spectators, coaches, the Olympics and for society and should always be regarded as such.

The staff at Coastal Breeze News congratulates the athletes, coaches, and trainers who make up our 2016 United States Summer Olympic Team. We acknowledge the commitment and sacrifices endured on your journey to represent America in Rio and wish you the very best in your individual and team events.