The Perfect Storm: The Rise of Donald J. Trump 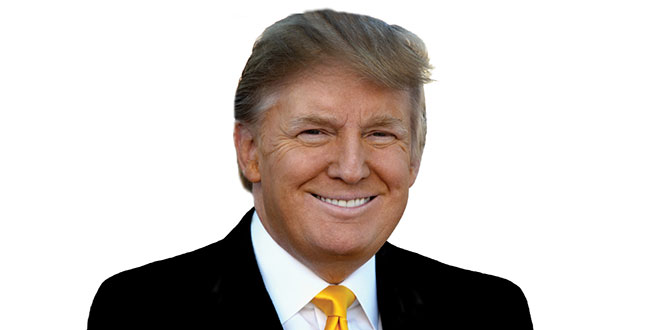 The news media and both the Republican and Democratic Parties seem surprised and shocked by Donald Trump’s meteoric rise to the position of presumptive Republican nominee for the office of the president. They also seem both awed and baffled by his accomplishment for he did so without the help of PAC and other special interest money and without major “Party” endorsement and sponsorship. Some, who thought Trump would simply fade away during the primary process, remain in denial, while a small group of others have spitefully disenfranchised themselves from his candidacy and in doing so, from the Republican Party and the will of their current voting constituency. However, most members of the party elite likely will support Trump’s candidacy even if done so half-heartedly, because they know he poses a real threat to the Democratic Party and Hillary’s hopes to again occupy 1600 Pennsylvania Avenue.

Members of the Republican Party who believe Trump’s popularity is a result of an increasing but still minority number of Republican voters who are unhappy with their party’s leadership and status quo, are grossly mistaken. His rapid ascent and current status as presumptive nominee of the Republican Party is a result of many factors including his ability to identify and exploit major weaknesses and flaws in his opponents, an uncanny ability to handle embarrassment and confrontation, an inherent determination to refuse to consider defeat, an unmatched resolve to be the very best in every endeavor and long-term status as a world renowned celebrity. Trump has expanded a populist movement composed, not of an unhappy minority, but of an exponentially growing number of disenfranchised Americans who have lost faith in all three branches of government as well as the entire electoral process. They believe “The System” is corrupt, rigged, and controlled by a select few incompetent, inept politicians who have hijacked the process, are sponsored and controlled by big money and take positions that are not in the best interests of the American people they represent and the country they serve. Members of this growing populist movement rightfully believe these back room politicians are deeply entrenched in position and power, and adamantly reluctant to support anyone who exposes their vulnerability or threatens their obstructive control. Simply stated, a complacent Republican establishment was caught off guard by Trump because they did not know the man and therefore underestimated his talent and resolve. And, they failed to recognize the will of their constituency and their degree of discontent with Washington “politics as usual.”

Ironically, it is many of the same members of the political hierarchy who for decades kowtowed to the ultra rich, further widening the gap between the very wealthy and middle and low income Americans, creating the greatest income disparity in our country’s history. They approved disproportional trade agreements which benefited third world countries at the expense of the American worker and failed to legislate responsible fiscal policies required to eliminate annual deficits and reduce the spiraling national debt. Along with our “unbiased” FED, our representatives also failed to monitor and curtail the irresponsible actions of large banks, brokerage firms and mortgage insurers, which nearly collapsed our markets as well as the major economies of the world, and in the process, weakened respective GNPs for years into the foreseeable future. Our government’s questionable geopolitical policies destabilized much of the Mideast and brought about political unrest throughout the world, further exposing Americans to the threat of both internal and external terrorist activity.

Americans believe our economy and our image and credibility abroad have been tarnished by the failure of the current administration and Congress to demonstrate leadership in the wider world community. We are looking for a champion to restore our position as leader of the free world and to invigorate our executive and legislative branches to communicate with one another in order to serve the will of the people and best interests of our country. That is in fact their solemnly sworn responsibility under the Constitution. Incompetence, greed and complacency set in motion the very environment that allowed a charismatic, intelligent and well known figure to emerge. How is it possible the establishment is mystified that Donald Trump was able to challenge the process and represent the will of so many millions of American citizens?

Donald Trump is a celebrity with substance and has an uncanny method of manipulating the media to his advantage. Some Republicans believe he is too liberal, which is somewhat questionable in today’s evolving world. Trump’s emergence and the dilemma he poses are of his party’s own making. When political ideology is pulled too far in one direction, which is where the Republican Party was drawn by the Tea Party faction resulting in a gridlocked inept Congress, momentum usually overcompensates in the opposite direction. This is not a bad outcome for Republicans, if it brings them within reach of what was once considered the philosophical base of the party, the party of Abraham Lincoln.

If the Republican establishment truly believes this to be a simple, short-lived uprising solely among a minority of disgruntled Republicans they need to look no further than to their opposition and the turmoil that exists within the Democratic Party. Like Trump’s base, Sanders’ followers are growing in numbers and are equally as angry with those who have cemented their positions and are firmly entrenched in their party’s inattentive regime. Sanders and his base are correct when they declare their primary process is more skewed and far less democratic than the Republican primary process. Their party’s anachronistic use of “Super Delegates,” allows Democratic leadership to discourage dissension with the prevailing party favorite, therefore placing any anti-establishment candidate at a major disadvantage.

Perhaps if the Congressional membership and their respective party leaders had spent more time talking with their constituents rather than sparring with one another and their colleagues across the aisle, they would have seen and understood the festering embitterment and contempt which led to the emergence of their respective anti-establishment candidates. The 21st century American voter is determined to champion candidates of his or her own choosing, candidates willing to defy special interest groups, challenge the status quo, and follow an honorable course in the best interest of the people they pledge to represent and the country they wish to serve.

For nine months naysayers said Trump had no chance and disregarded his candidacy. Today, many of these resisters, in fear of losing out, have joined the ranks of the Trump following. But, not all Republican naysayers have joined ranks, for a good number feel that his candidacy will ruin their “Party” and in doing so, ruin their chances for re-election. If these obstructionists want a Republican to regain the Presidency and hope to benefit from Trump’s position if he is elected, they should review the headwinds that confront his main opposition. Weeks ago, most polls showed Trump would be decimated in a general election by Hillary Clinton. But the tide has shifted and he has now surpassed or is within striking distance in Ohio, Pennsylvania and Florida, and has pushed ahead in the Fox News national poll.

Some critics ask why Trump is doing so well when he is thought to be poorly perceived by women and Hispanics. Simply stated, the tragedy of Benghazi, the sending of allegedly classified emails, transcripts of speeches made to Goldman Sachs and their likes, funding and patronage by large corporations and other special interest groups, lack of likability, questionable integrity, forthrightness, and foresightedness, and the label of “insider” are among the concerns of the voters.

Donald Trump’s support is proving to be more broad based and not just a rebuttal of an “establishment” candidate. During this election cycle, voters heavily favor an “outsider” for they believe a “newcomer” will be motivated to improve the geopolitical climate, minimize the threat of terrorist attacks, improve our substandard education system, revamp our infrastructure, reform healthcare, curb illegal immigration, address exorbitant spending, reinvigorate our sluggish economy, eliminate continual deficits, reduce our nation’s mounting debt, and improve our image and position abroad. Voters believe outstanding issues must be comprehensively addressed in a timely manner and favor a strong candidate who will bring equally strong proven leaders into a new administration.

Opponents of Trump should take notice and not underestimate his appeal or the size of his base. Just because a voter may dislike Trump’s demeanor, that person may respect his stance and fortitude and recognize his determination to restore America to a position of leadership at home and on the world stage.

Yes, Trump has hit a nerve with the American voter, and in the process has decimated perceived social and political protocols. He is no longer a ripple in a pond of disgruntled dissidents or a rogue wave that will run its course and slowly dissipate. He is “The Perfect Storm” churning up the seas and drawing energy from an ocean of frustrated, angry and dissatisfied voters. Fueled by gridlock, incompetence, and naysayers he has eliminated all in his path as attested by the 16 Republican challengers who have been swept aside. A storm named Trump has directed it’s wrath toward the Democratic Party and its perceived candidate and expects to make landfall at 1600 Pennsylvania Avenue.