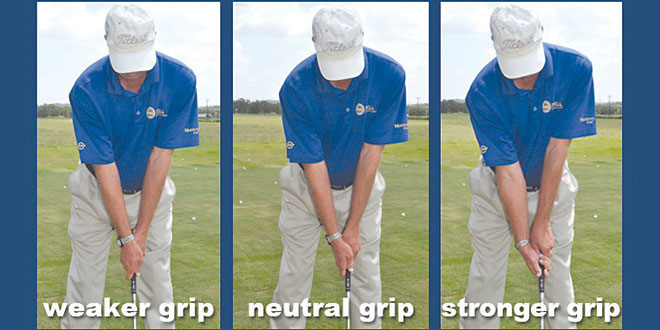 I try not to discuss preferences on how to swing the club, because I am a believer there is no one way for all golfers. However, there is one element in the golf swing I see in many lessons that most golfers struggle with. Seeing a golfer have this element does not mean I have figured out the cause of the problem, but it does mean that I can narrow my focus to find a cure. The element I am talking about is the club face being open on the downswing. It can be a problem for some on the backswing, because they never recover on the downswing. I only worry about the open club face being open if they have not recovered half way through the downswing. I want to make it clear that there are players on tour who have the clubface wide open half way through the downswing and are doing just fine. Most amateur golfers however do not do well if the club face is open halfway through the downswing.

There are many factors to why so many golfers have the clubface open on the downswing. I believe the number one reason is the player is trying to add loft to the clubface. Players are usually trying to add loft to the clubface for two reasons. One, they have a misconceptions of how the clubface launches the ball into the air. It seems to be instinct for players to take a 41* 9 iron and create 47*of loft at impact to make the ball launch higher. It is true that this could make the ball golf higher, but most of the time adding loft at impact does two things that makes the ball launch lower. Adding loft brings the leading edge of the club more into play, especially off shorter grass, and creates a motion where the player is coming upward at impact, which is not good if the ball is not on a tee. Both of these factors can lead to a lower than desired ball flight. The second reason a player has the club open on the downswing is they do not have enough club head speed to launch the golf ball at a desired height.

I prefer my students to have very little rate of closure through impact. Rate of closure is how fast the clubface closes, or goes from open to shut, when coming into impact. The reason I prefer a smaller

rate of closure than what most of my students have in there swing is because an open clubface on the downswing causes problems with how the student delivers the club head into the ball. The open club face for most golfers will have them swing the club head to the left, or across the ball. Golfers have an athletic instinct to make the ball towards the target. Most players need to swing to the left or across the ball to square the club face at imapct. To help yourself understand, take a 7 iron and open the clubface 90* to the right of the target, now try to hit the golf ball towards the target. It is impossible to make an in-to-out swing with the club head.

So now for the good stuff…how to fix the problem. There are multiple solutions to the problem, as there are with most problems in the golf swing. As I have grown as a coach I realize picking an option for the student is not my job. My job is to give them multiple options, and let the player determine which one is best for them. One option is for the player to have a stronger grip while swinging the club, which will close the clubface relative to where it was before. The other option is having the player flexing the lead wrist on the downswing, which will close the clubface as the downswing occurs. Flexing the wrist is not like flexing your bicep muscle in the mirror, but adding flexion in the lead wrist as the downswing occurs. Flexion in the wrist is seen in the picture shown.

I have seen immediate results with both options. The stronger grip can be the quickest fix if it works for the player, because it can be done statically, or at address. A huge change in feel, and how to square the clubface at impact occurs. I have seen a grip change have immediate positive impact, and I have also ruined players for a period of time by giving this option as the only option. A significant grip change can be scary. That is why two options, or more, is the best way to help a player. Another coach might have more or different options for the same problem. Take these options and find out what works best for you.

Go see your local PGA Professional to determine how your clubface on the downswing is affecting the pattern of your golf swing.