‘The Ones We Trust’ by Kimberly Belle 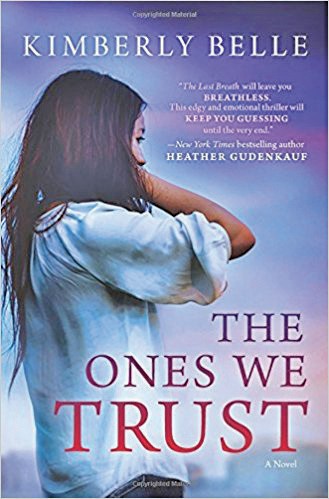 “Because words can be just as deadly as warfare.”

“The Ones We Trust” is the first novel I’ve read by Kimberly Belle, but it won’t be the last. I’m really glad someone recommended this book to me, and I thank all the readers who’ve reached out to me through my website with book recommendations. I’m really sad I don’t have enough hours in the day to give all the books their fair amount of time.

This one is a contemporary, military, suspense, mystery story, and the twists and turns kept me guessing and changing my mind until the end. Told in three parts, the story is narrated in the first person through Abigail Wolff, a journalist who quits writing after a story she publishes leads to — I’m not really sure how much to say without giving too much away, but since it happens within the first chapters, I guess it’s not really a spoiler — the suicide of a female CEO, Chelsea, who has been outed as having an affair with her female receptionist, Maria. This fact is compounded by the fact that Chelsea was the founder of American Society for Truth and an “outspoken opponent of gay rights.” This is a unique subplot to the power of journalism and the emotional responsibility each journalist shoulders when writing something important.

Abigail shoulders a lot of guilt at what her story did to Chelsea, and as a journalist, she’d been bullied, intimidated, and terrorized. But she’s still surprised when Chelsea’s son appears on her doorstep three years later, and he doesn’t appear to be someone intent on revenge against the reporter who broke the story about his mother sleeping with one of her employees. Rather, twelve-year-old Ben seems to want Abigail to dig a little deeper into Maria, the receptionist, and her sudden shift into men and money. He wants to know that his mother might not have been the bad guy, that maybe Maria set up his mom. Abigail’s guilt has her agreeing that she owes it to Ben to find out if Maria wasn’t so innocent in the affair.

Beyond this first bit of motivation as to why Abigail left her career as an investigative reporter is the brother of a famous Hollywood actor Abigail interviewed years ago. After Zach ditches his bigscreen career to die in a war, Gabe, the not so famous younger brother, has a meltdown and ends up working in a hardware store. Zach’s older brother, Nick, lives in a cabin in the woods, struggling with PTSD after being the one to recover Zach’s body after Zach’s shot in the head with three bullets.

When an uncensored document lands on Abigail’s doorstep, her investigative instincts kick in. One, Abigail’s godfather, General Rathburn, is one of the three-star generals being investigated in a federal investigation of who pulled the trigger 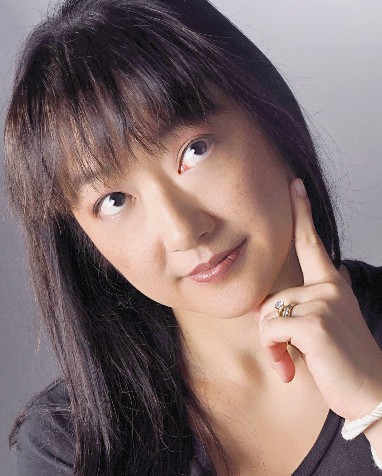 of the weapon that killed Zach and how the army handled his death afterward. Two, the other general is Abigail’s father, General Tom Wolff. Three, in the report there are thirtysix soldiers briefed, but in every transcript and news report, there were thirty-five soldiers on the field that day. Abigail has the name of the thirty-sixth soldier.

This is where the heart of the story really shines. It’s hard to not give away spoilers, so I’ll skim over the finer points. Abigail returns to the hardware store, where Gabe works, and they become closer than store employee and customer. This added relationship brings depth to Abigail’s character. I think it also sparks her desire to write again about something important, but she is still hesitant about writing something that will hurt someone.

When Abigail confronts her father, he warns her to stay away from the story. She is more convinced that he is hiding something, and she keeps digging. Her father is one of the characters that I love to read about, because it seems that he is someone who does something bad but for a good reason. I think this author did a fabulous job writing the bonds between parents and their children in two different instances and in portraying the loyalty necessary in the military.

This is an excellent story that captures the way two families can have their lives changed by one event, and how war can damage more than the ones in the heart of combat. By the end of the book, the characters had to learn how to trust not only each other but also themselves, their instincts that they did the right thing and chose the right actions.

Guilt, anger, and trust play huge roles in this novel. It’s too easy to misjudge someone based on misinformation or to assume the worst of someone. But sometimes there are people in our lives who we would trust without a doubt. I’d love to hear who your trustworthy person is in your life. Your mother? Husband? A sibling? Friend?

New York Times and USA Today bestselling author Marisa Cleveland loves to laugh, hates to cry, and does both often. She has a master’s degree from George Mason University and joined The Seymour Agency after she ended an eight-year career teaching students language arts, grades 6-12. Previous to teaching, she worked as an assistant director for a graduate school in Washington, D.C., before settling in Southwest Florida over a decade ago. As a former gymnast, cheerleader, and dancer, she understands the importance of balance, and she encourages everyone to stay flexible. Cleveland is a Leadership Marco 2015 alum, and she loves connecting with other readers through social media. Though she’s a painfully private introvert, she can be reached through her website: www.marisacleveland.com or follow her journey on Twitter: @marisacleveland.