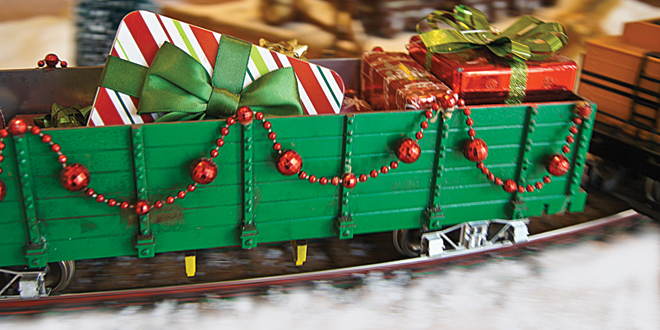 Is it my imagination, or are holiday times accelerating? I believe I just received my first Christmas catalog – for 2014 that is. This year (I think this year is 2012, although it’s disappearing rapidly) Halloween began at the Fourth of July; Christmas began before Thanksgiving, and Thanksgiving seemingly disappeared, only to reemerge this week.

The deluge of catalogs doesn’t help. From Hammacher-Schlemmer to LLBean nary a day goes by without a clogged mailbox. We’ve been overwhelmed by offers for oranges, solar toys, stray dogs and cats, clothing for women, men, kids, pets and stuffed animals. Yep, even stuffed animals are encouraged to have their own stuffed animals. Interestingly enough, if you are stuck on gift choices, at Hammacher-Schlemmer (the name alone is worth reading) you can get a Remote Controlled Tarantula for $29.95, or go upscale to a Folding Electric Bicycle for a mere $5,000, plus shipping and handling. And, don’t forget those new, state of the art computers and tablets lurking at every mailbox solicitation. I used to think that “state of the art” was something new that lasted for some time, maybe even a year. Now it means about two weeks until the next iteration. My head is spinning.

I’ve searched for that mythical six-year-old kid who can show me how to set up my new, “state of the art” computer so that it will handle computer stuff. Unfortunately, it appears that the kid (whoever he or she may be) is working on the newest release, scheduled for December 26th, thereby rendering your Christmas gift to grandson, Jimmy, or great granddaughter, Elizabeth, obsolete. Thus, we are left with a virtually useless huge television set that only allows us to watch about 893 channels of mostly absurd programming in gorgeous, glowing color…just when we really, really wanted to do our computer craziness on a really, really big screen. Oh, six year old kid, where are you?

Heading into the holidays of 2013, or is it 2014 (?) what are we to do? Do we prepare the Fourth of July bunting on New Year’s Day; do we buy our Thanksgiving turkey on the Fourth of July? Help! We are thoroughly confused.

In despair we turned to the sports seasons for guidance. Surely, good old baseball, football, basketball and hockey will show us the way, since their scheduling has made sense for generations. Wrong. The baseball season now begins with Spring Training (for which you can pay upwards of $100 a ticket to watch some teenagers trying to make the “Bigs”) and ends around November; football – now, apparently, America’s sport – goes on endlessly; basketball’s pro women just wrapped up their season in time for the new college and pro season to begin; and hockey is another case entirely. The National Hockey League appears to be on permanent lockout …and no one notices.

There you have it. If holiday timing confuses you, just look for a universal catalog. I’m sure there’s one somewhere.