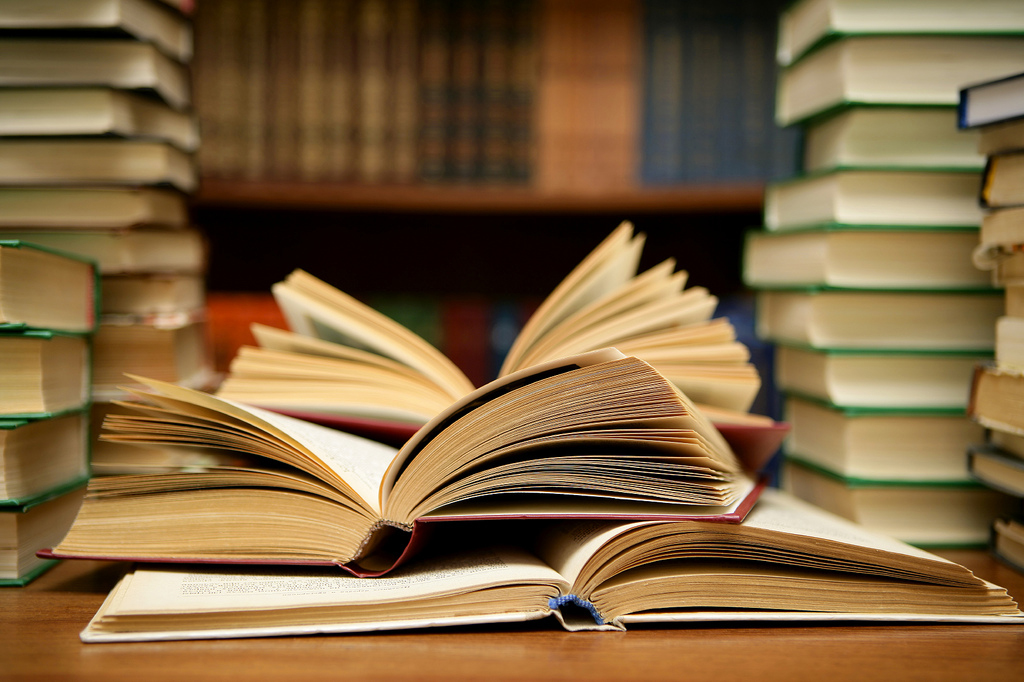 I thought that the title, “The Nest,” referred to the family home in this novel, but in fact it is their term for the nest egg that their father set up for them. They themselves shortened it to simply “the nest.” When the youngest of the four Plumb siblings, Melody, reached her 40th birthday, the distribution was to be doled out in four equal shares. Leonard Plumb, Sr., wanted his children to have a little financial bump-up in midlife. Apparently he felt that by that point in their lives they would be mature enough not to waste the money as they may have as twenty-somethings. His cousin George managed the fund and it grew far beyond Leonard’s expectations, so that each child could expect approximately half a million dollars.

Unfortunately, Francie, Leonard Sr.’s ex-wife, was left with power-of-attorney over the fund. At a meeting in George’s office to discuss the upcoming dispersal date, Francie announced that she had used the bulk of the fund to pay a legal settlement and that each of them would be getting about 50 thousand dollars. The legal matter involved the oldest child, Leonard, Jr., known as Leo, the driver of a rented Porsche involved in a wreck in which his 19-year-old female companion suffered the loss of her foot. Leo was not at this meeting, as he was in the final days of a 12-week stint rehabilitation for substance abuse, where he fled after the wreck. (Leo was just out of rehab on the day he picked up this 19-year-old female at a wedding reception and took her for a ride in the Porsche.) The Plumb children decided to have lunch with Leo when he returned to New York City, to gauge their chances of retrieving some of the money. They knew Victoria, Leo’s wife, was taking almost everything, but hoped that Leo might have more money or would offer them his share of the nest. Mrs. Sweeney takes a lot of time building up to this lunch confrontation.

That Francie had spent this huge sum on Leo’s problem was shocking to Melody, Bea and Jack. She had never seemed to have a maternal fiber in her being. They grew up in anarchy, with their parents not knowing where the kids were or what they were doing most of the time. Sometimes Francie would forget to pick them up from school or after school activities. Teachers would ask the kids if they thought their parents would show for parent-teacher conference this year. Leonard, Sr. worked and kept the exterior of their Tudor style home immaculate. Francie’s priorities were attending to her libido and keeping her alcohol level at or above the legal limit. At the meeting where she dropped the bombshell about the nest, Francie didn’t even remember what month Melody was born, thinking the dispersal was in March when in fact it was February. Bea had the March birthday. Her decision to offer the out-of-court settlement was not motivated by maternal love at all, but by saving face in society and not listening to her second husband, Harold, harp on about her irresponsible son.

This is a train wreck of a family. Each of them is talented but so dysfunctional that they end up sabotaging their own success in relationships and at work. Melody is married to Walter, a reliable man with a steady temperament, smart enough to measure the jib of all the Plumb family members. They have twin daughters, Nora and Louisa, 16 years old. Melody has already taken them on 14 college tours, disguised as vacations, to visit the most expensive schools around, relying on the nest to provide the funding. Her children call her “The General” because she is so controlling. As Melody sees it, she is showing her love by being involved in all aspects of their lives. She used Francie as the model of what not to do in raising children. Her children will know that they are important and can depend on mom or dad to be there at school plays, parent conferences, to pick them up after school, and remember when they have soccer practice. Melody’s obsession with giving her daughters all good things has left them living on the edge financially. She even has a secret credit card that Walter does not know about.

Bea is not married, was a successful writer in her 20s. Leo had a popular, hugely successful literary magazine at that time and hired his sister after her college graduation, not from brotherly love but because she was talented and original. Probably the most sane and nearly normal of the Plumb kids, Bea didn’t escape the family curse. She has had writer’s block for years and is stuck in time as far as her fashion and hairstyle choices. Bea had an affair with an older married man years before. Upon his death, a call from his lawyer informed Bea that she owned the apartment they lived in together, that Tucker had put it in her name. Although struggling to pay utilities and buy food, she is in better financial shape than her three siblings because she has no mortgage, but lets them think she pays rent. Secret keeping and holding the cards close to your vest are Plumb family values.

Jack has been known as “Leo Lite” since ninth grade. He looks like a smaller less masculine version of his older brother, hence the unflattering nickname. Besides coming to grips with being gay, he had to listen to people constantly comparing him to Leo, the golden boy. But to his credit, his joie de vivre survived and flourished in spite of everything. It turns out that his fellow 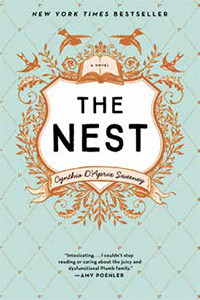 high schoolers named him correctly. He does not quite measure up to Leo’s dishonesty and self-absorption but he comes close. Walker, his partner of many years, and Jack were married in September, just a few weeks before Francie’s insouciant announcement that they were all going to be poorer than they thought. He not only did not invite them to the wedding, but did not bother to tell them about the marriage. Walker is a gem. He works hard and is very successful, but is also a man of integrity, treats people civilly, has a great sense of humor, and a solid perspective on life. Losing dozens of friends and clients to AIDs has only sharpened his inclination to enjoy each day. Being true to his nature as a Plumb, Jack is not only keeping his marriage a secret from his family, but is hiding his financial straits from Walker. Besides the money Walker gives him to shore up his antiques business, Jack has a secret line of credit on their little vacation cottage on Long Island, cannot get more extensions on it, and is desperate for his share of the nest to bail him out so that Walker will never be the wiser.

Leo is the oldest, good looking, intelligent, charming, athletic, and thoroughly self-absorbed. He occasionally thinks about doing the right thing but almost never follows through on it and chooses what is best for him. When he gets out of his 12-week rehab stretch and discovers his soon-to-be ex-wife has changed the locks on the Tribeca apartment, he calls a former coworker and flame, Stephanie, who offers a room in her Brooklyn brownstone. Leo discovers that there is no chance of getting back into the New York literary publishing world and that most people in that field have no esteem for him, well, actually hate his guts. By the time his divorce is final, he has impregnated Stephanie, and we the readers know he has his own secret nest egg and is considering absconding. The young woman who lost her foot in the car accident, Matilda Rodriguez, is also phoning him, which is a violation of the settlement terms. Fleeing looks better to Leo with each passing hour.

I rated it 3.0/5.0 because frankly folks, it is a piece of fluff and badly written fluff at that. Sweeney is a former copywriter who lived in NYC for years, then moved to Los Angeles, where this story opens. I had visions of Meg Ryan dancing in my head while reading this. It felt like the author had really wanted to write a screenplay, the kind of movie that the Ryan of 20 years ago would have starred in. The number of subplots is dizzying. There are grammatical errors that simply should not occur in a professionally written and edited piece, especially not in one where the author was given a huge advance – one million bucks for a first novel! Sweeney added an epilogue that layered the sweetness to tooth decay range by giving it a classic Hollywood ending. She should have ended it with the last line of chapter 45, in my opinion.

There is nothing wrong with a piece of fluff in and of itself. I enjoyed reading this book because the humor is very entertaining and the dialogue is realistic. But I was expecting something with more bite to it, some examination of the psychology of family dynamics. The book was hyped because at age 55, Mrs. Sweeney was going to deliver an incisive treatment of family dynamics, most especially what money does to people. In fact, the money is really an afterthought in the Plumb family story. These four siblings were ruined before their father even thought about setting up that trust fund.

There are no surprises here. None of the characters really change much, they just react to the events around themselves. There are many unnecessary subplots, as if Mrs. Sweeney wanted to make sure that every current popular social concern in NYC and LA societies were addressed.

As I mentioned earlier, the hype around this title has been extraordinary. Look, I’m all for writers of any age getting published, but there are many self-published novels that are better written with more compelling treatment of their storylines than “The Nest.” The author’s husband is the head writer for Conan O’Brien, has been for the past 20 years or so, and Cynthia has other connections in NYC because they used to live and work there. Both the front and back covers of this book have glowing review blurbs by Amy Poehler. Amy used to act as Andy Richter’s teenaged sister Stacy in sketches (I’m kind of embarrassed to admit I remember that), and Andy and Conan have been together a long time. I read the library copy, so at least I didn’t lose any money.

I think “The Nest” is a good choice for any book discussion group or for escapism. You will laugh. It is not a complete waste of time, but just discard all the publicity. Don’t expect anything that will make you think very hard or characters that will stay with. None of these people are memorable.

Happy Thanksgiving! December 7 is the 75th anniversary of Pearl Harbor. www.pearlharbor75thanniversary.com is a site set up by the Hawaiian governor and several national historical sites with information about the commemoration ceremony, and all aspects of Pearl Harbor, if you are interested.