Naples/Marco, FL – – (January 23, 2017) – – In retrospect, the theme for 2016 was ‘expect the unexpected.’  The British vote to leave the European Union (EU) was greatly discounted by the ‘smart money.’ The surprise election of Donald Trump to the US presidency took almost all pollsters by surprise. The Federal Reserve Board (Fed), meanwhile, fell woefully short of its goal of raising interest rates four times. These events will continue to play out in 2017 as the British initiate the two-year process to leave the EU, president-elect Trump is inaugurated, and the Fed continues on its path of tightening monetary policy. The latter two events deserve the most focus.

Trump has an ambitious agenda for his first-term:  immigration reform, corporate and personal tax reform, infrastructure stimulus, health-care reform, and renegotiating trade agreements were among his top campaign priorities. As of this writing, we have seen little written detail from Trump and his advisors to definitively opine on how his policies may affect the markets. What we do know is that he will have a Republican-controlled House and Senate to help push through many of his policies, but we suspect that the focus of Congress will be on the low-hanging fruit of infrastructure stimulus and corporate tax reform. Both should be net positives to U.S. economic growth and stocks. On the other hand, should Trump pursue unconventional trade policy or initiate a trade war with China, we will likely see retaliatory actions that may dampen the global economic recovery and act as a headwind to multinational companies’ earnings. Our investment team will continue to research the impact of Trump’s policies as they become more certain.

In December, our data-dependent Fed increased short-term interest rates by 0.25% to a range of 0.50% – 0.75%, as expected. While the Fed has begun the cycle of tightening monetary policy, we should keep in mind that this marks only the second 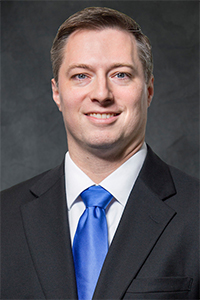 rate increase in the eight years since they lowered interest rates to 0%. Obviously, we still have a ways to go before we reach ‘normal’ interest rates. The Fed will continue to monitor the status of their dual mandate: maximizing employment and stabilizing prices. The current unemployment rate stands at 4.6%. Inflation has picked up slightly, but still remains below the Fed’s 2% target.  Both data points suggest future rate increases may be on the horizon.

However, the Fed will likely watch for any continued strength in the U.S. dollar, as a stronger dollar can have similar negative effects on economic growth as a rate increase. The continued easy monetary policy by global central banks may continue to weigh on the Fed’s ability to quickly raise our short-term rates. Recently, the European Central Bank announced that they would extend their quantitative easing program (i.e. bond purchases) until the end of 2017, although their monthly purchases would decline from €80 billion to €60 billion.  Meanwhile, the Bank of Japan offered to buy unlimited 2-year and 5-year Japanese government bonds, effectively pushing those yields further into negative territory.  Given the likelihood of continued easy global monetary policy, we expect two small rate increases by the Fed in 2017.

In summary, we see continued steady U.S. economic growth and modest inflation going into the New Year. We prefer selective stocks over bonds in such an environment.

About The Naples Trust Company

The Naples Trust Company and The Tampa Bay Trust Company are divisions of The Sanibel Captiva Trust Company of Sanibel, Florida; an independent firm with $1.4 billion in assets under management that provides wealth management services including investment management, trust administration and financial counsel to high net worth individuals, families, businesses, foundations and endowments. Founded in 2001 as a state-chartered independent trust company, the firm is focused on wealth management services that are absolute-return oriented and performance driven. Each portfolio is separately managed and customized specifically to the client’s yield and cash-flow requirements.  Offices in Naples and Marco Island, Sanibel-Captiva, Tampa, Belleair and Winter Haven.  www.naplestrustcompany.com