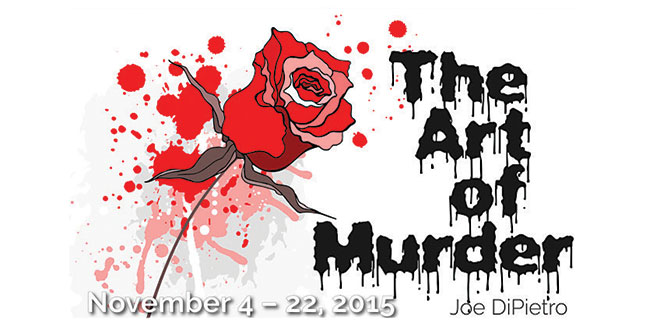 “Art of Murder,” a comical mystery with twists of greed, revenge and manipulation earned the Edgar Award for Best Mystery Play in 2000. Written by Joe DiPietro, “Art of Murder” is directed by the multi-talented director and actor, Jim Corsica, and has attracted fresh, talented cast members to the Marco Players’ stage.

The tangled plot introduces husband and wife artists who concoct an elaborate plan to increase the value of their work. Jack Brooks (Paul McCreight) feeling the loss of his creative gifts, plans to deceive his art dealer (Robert Armstrong) into believing that he has committed suicide in order to spark a posthumous publicity campaign to escalate the price of his paintings. 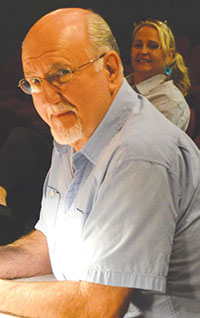 Jim Corsica and Nancy Martin perform in “Art of Murder” at the Marco Players Theater.

Martin) has assumed her husband’s artistic identity by creating paintings in his name. Relishing the idea that the bullying, manipulative Jack would be better off “famous, productive and dead,” she enlists the art dealer and the family’s maid (Shelley Gothard) in a plot to murder her spouse and share the wealth as “the Milli Vanilli of fine art.”

“Art of Murder” is on stage November 4–22 at The Marco Players Theater, located in the Marco Town Center Mall, 1089 N. Collier Blvd., Marco Island. Performances are Wednesday to Saturday at 8 PM, and Sundays at 3 PM. Tickets ($25 or $28) may be purchased at www.TheMarcoPlayers.com or by calling 239-642-7270. Join us opening night for pre-show “Champagne & Strawberries.”