The Marco Players are Serving Up “A Summer Double Dip” 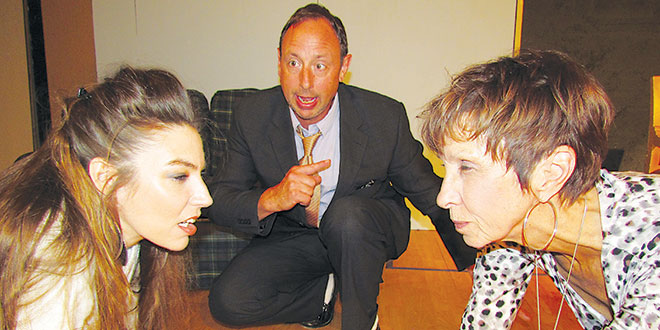 The Marco Players is serving up “A Summer Double Dip” with two romantic comedies, Sylvia and Shooting Star.

Sylvia, by A.R. Gurney, is a romantic comedy about marriage. A suburban couple, Greg (Greg Madera) and Kate (Casey Cobb) have left the suburbs behind and moved to Manhattan after 22 years of child-raising. Greg brings home a stray dog bearing only the name “Sylvia” on her name tag. Greg finds comfort in his relationship with Sylvia (Tracy Lane) as an escape from his job and middle age. Kate sees Sylvia as a rival. After a series of hilarious complications, Sylvia becomes a valued part of their lives.

Sylvia, directed by Greg Madera, is on stage June 11 – 28 at The Marco Players Theater, Marco Town Center Mall at 1089 N. Collier Blvd., Marco Island, FL. Shows are Thursday-Saturday at 8 PM, and Sundays at 2 PM. Tickets are $25 each and are for sale at www.TheMarcoPlayers.com 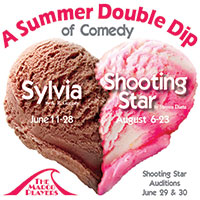 Shooting Star, by Steven Dietz and directed by Greg Madera, is the second dip of romance and comedy. While snowed in all night at a middle-America airport, college lovers Elena Carson and Reed McAllister have an unexpected and life-altering reunion. Elena has stayed true to her hippie-ish, counter-culture path, while Reed has gone predictably corporate and conservative. As the night gives way to laughter and banter, Elena and Reed revisit a past that holds more surprises than they imagined, and a present that neither of them could have predicted. Filled with laughter and ache, Shooting Star is a bittersweet romantic comedy about the middle days of our lives, and how we got there.

To audition for the role of Elena or Reed, call Beverly Dahlstrom, Artistic Director at (239) 404-5198. Private auditions will be scheduled in the theater rehearsal space on Monday and Tuesday, June 29 and 30. Shooting Star will be on stage August 6 – 23, 2015.