The Little Way of Ruthie Leming: A Southern Girl, A Small Town and the Secret of a Good Life 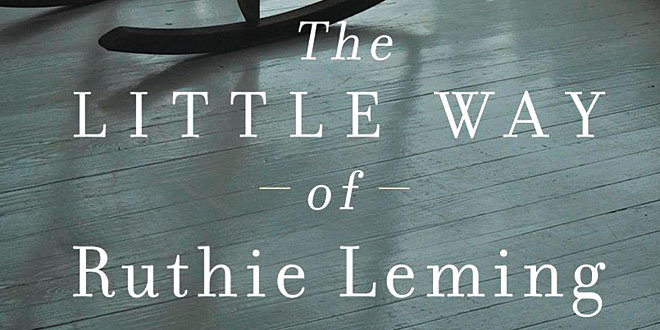 I wanted to read this book because it addresses sibling relationships, in particular the loss by premature death of an adult sibling, a topic rarely written about or discussed. Society does not seem to acknowledge sibling grief but focuses on surviving parents and the grief of losing a child, and/or spouses and their grief. Not to be crass or denigrate anyone’s grief, but spouses can and usually are replaced while siblings cannot be. No one else knows your personal history, shares your DNA or your formative experience. No one else touches your primal nature, pushes your buttons, quite like a sibling.

That Rod Dreher is an excellent writer is obvious from page one. He is a journalist and blogger who writes mainly on the topics of religion, localism, and culture. Anyone familiar with Catholic saints will recognize “the little way” as a phrase associated with St. Therese of Lisieux or The Little Flower, who entered the Carmelite convent at age 15, died from TB at 24. During her lifetime in the very late 19th century, most religions inspired the faithful to fear the wrath of God and thus behave lest horrible things occur. Therese saw God as loving and accepting of human nature. “What matters in life are not great deeds, but great love.” She determined to do all small things in life with love, including the pain and suffering that came with her illness.

This comparison is on purpose. In the author’s view, his sister was a saint and her life was about great love. Even as a preschooler, Ruthie displayed uncommon compassion and empathy. He begins his story describing an episode when she was 5 and he 7. Their father was preparing to use the belt on him, Rod, for having done something particularly nasty to his sister, though he does not remember what it was. He was ordered to lie on his bed and wait for his father. Ruthie threw herself on top of her brother and begged her father to whip her instead. Needless to say no one got the belt that day and I doubt Paw Dreher’s eyes were dry as he left his son’s room.

They had the usual sibling rivalry, but it was just the two of them and their parents, surrounded by extended family and long-time neighbors in rural St. Francisville. Most of these relationships went back generations. Theirs was a happy, loving family, very involved in all aspects of their community. However, Rod felt like an outsider in his family. He was not content with small town life and yearned for faraway places and seeing things for himself. He liked to analyze everything. He didn’t care for the manly pursuit of hunting and not that much for fishing. Ruthie on the other hand seemed to have been birthed from the very soil of southern Louisiana. As a toddler she loved accompanying her father wherever he went in his pickup. Still in grade school, she could hunt, shoot and fish with the best of them. No one skinned a deer or deboned a fish better than Ruthie Dreher.

Ruthie was popular, accepting of everyone and everything, got along splendidly with both her parents, did well in school and all her extracurricular activities. As a fifth grader, she met her future husband, the new, very shy boy in town, Mike Leming, who was in sixth grade. Ruthie drew him out in her usual friendly way and by high school, it was understood by everyone that they were a couple. Neither ever had another serious relationship. Unable to wait until after graduation, Mike and Ruthie married during her second year of college. They came back to their hometown after graduation, Ruthie to teach sixth grade, Mike working in the national guard and as a firefighter.

Rod experienced an episode of severe humiliation on a school trip the summer he was 14 that changed his perspective and left him feeling rudderless. Always a popular kid, after this incident he was relentlessly bullied and excluded without ever knowing why his former friends had 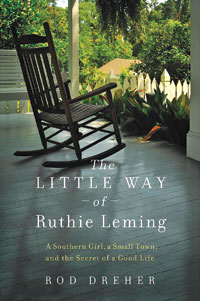 turned on him. When an opportunity to leave town for a state sponsored Math, Science and the Arts boarding school presented itself, Rod took it, leaving home at the age of 16. He came home for summers, but basically he left his family and his town at this point and pursued his effort to find his place in the world.

Over the next couple of decades, he focused on his thriving career and the geographical moves required for his work. He married and like his sister, had 3 children. The short trips back to Louisiana two or three times a year did not allow for deep communication and the tension with his father and with his sister still existed. It was not until Ruthie was diagnosed with stage IV lung cancer that Rod began to really see his sister.

He always felt he had moved “on,” while she stayed behind. What he saw now was a woman who had multiple deeply loving relationships. Not just those with her husband, 3 daughters, parents and other family members, but dozens of loving supportive co-workers and former students. She had made a true home in their hometown, a foreign concept to Rod. While Rod had converted to Catholicism then to Orthodox Christianity after that, Ruthie still just believed in God and that loving whomever came across your path was loving God back. She called her students “sweet baby,” and did everything she could to help them with their immediate problems and to understand that their current situations need not determine their lives. Her mere presence in a classroom commanded attention and respect.

Her bonding with others was so effortless, it baffled Rod. When Ruthie went for chemo, she became fast friends with two other ladies also being treated to the point that when one went into remission, she continued to come to Ruthie’s appointments to support her. Rod still felt the barrier between him and his sister and the sting of her putdowns. He could not understand why he seemed to be the only one not accepted by this saint.

There is no perfect ending to this story, because of course it is real life. Rod and Ruthie do touch on bridging their barrier, but it is not until after Ruthie’s death and some painful conversations with others that Rod comes to understand the source of his sister’s zingers.  Rod and his wife decide to move back to the St. Francisville area, to be near his parents, his sister’s widower and their 3 daughters, so that their own 3 children can connect to their extended family. Mostly, it seems they are seeking a sense of community and belonging, an end to their geographical wandering.

This book was started very shortly after Ruthie’s death, very early in the grieving process. The emotions of all involved were still raw. It comes through in the book. About a third of the book covers the period after Ruthie’s death. Rod’s father opens up to him with a stunning statement about his own choices as a young man. Rod takes Ruthie’s oldest daughter Hannah to Paris, his own first international destination as a 17-year-old, and is rattled by Hannah’s disclosure that Ruthie didn’t like him. He is able to get clarification of this from Abby, Ruthie’s teacher friend and finds a sense of peace with his sister that he had been seeking for over two decades.

It is much easier to read this book than it is to write about it. If you are interested in family dynamics, community, commitment, sacrifice, muddling through, and are willing to have your heart tugged, you should delight in this book. Dreher does an exceptional job describing the dynamics of family relationships. His description of his sister’s life, illness and death are deeply poignant and the love shines through.

Apparently his sister’s illness and death led him back home, to a community that he had found stifling in his youth. This is his story and I am not a psychic, but although I found this book deeply satisfying on many levels, I was left wondering just how deeply Rod and his family will root there. But, for now, they are with family and that’s what matters.