The Laughter Starts at Square One 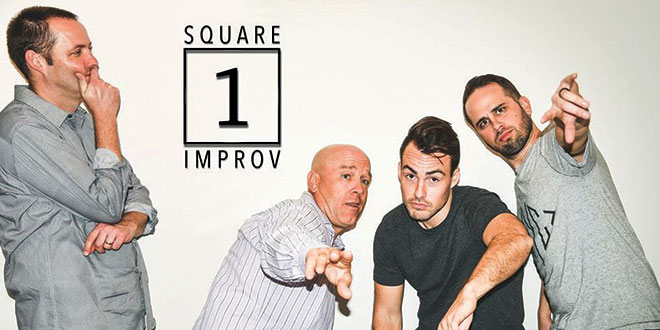 Comedy presented live with a spontaneous, walking-the-knife-edge, hope-the-audience-and-my-castmates follow manner is what it’s all about for improvisational actors.

Improvisation, also known as improv, is live theater in which the plot, characters and dialogue are created impromptu, as seen on the TV show “Whose Line is it Anyway?”

Bringing that experience to live audiences in a spirited, interactive, musical and family friendly show is something Square One Improv has specialized in since forming in January. The four-member troupe’s skills will be on display on Sept. 24 at The Marco Players theater.

Square One is comprised of core members Scott Beatty, Shaun Johnson, Gregory Sofranko and Dan Klein, all residents of Collier and Lee counties. For some performances, they add a feminine touch by adding Jess Telmanik or Lucy Sunby. Music is provided by Sunby’s husband Julian, the troupe’s pianist, and Johnson on guitar.

“First and foremost, it’s a family friendly show, high-energy and comedy-based,” said Klein. “In the world of improv, it’s very well rounded short-form improv and at the end of our show, we do a long-form improv set. Every show is a one-time only. You’ll never see that show again because it’s all based on audience suggestions.” 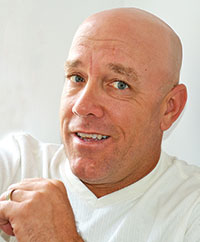 “family friendly” aspect is concerned, Klein rated the performances as being “between a PG and a PG-13,” the type of show that is appropriate for children ages 12 to 13.

All of Square One’s core members have long backgrounds in live theater and being on stage. Beatty, a litigation attorney, began his performing career in 1983 when he appeared in a school production.

Johnson, who works for an animal pharmaceutical manufacturer, discovered im-prov in junior high. A real estate agent by day, Sofranko attended The Second City Improv Center while Klein, a general con-tractor, began his performing career as a musician playing in bands and on Royal Caribbean Cruises. The foursome has worked together for about two years.

“We were part of a group that was under the wing of one theater and we wanted to spread our wings and be able to play other places,” said Klein. They also want-ed to branch out to incorporate a more varied approach to improv. “There was a group of four of us that wanted to try this new direction,” added Klein.

The show begins at 8 PM and adult tickets are $20, exact cash or check. Call Marco Players at 239-642-7270 or visit TheMarcoPlayers.com or squareoneim-prov.com.