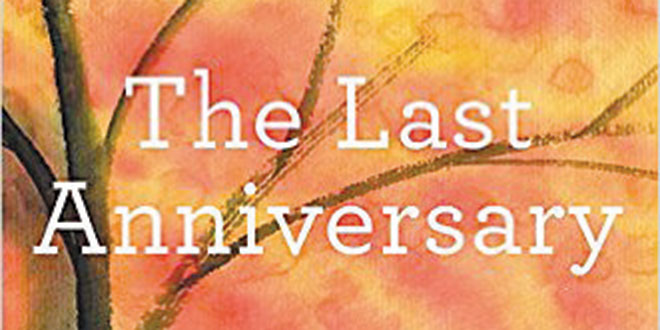 “If you cannot get rid of the family skeleton, you might as well make it dance.” ~ George Bernard Shaw

Warning: Do not read this book in the vicinity of sleeping babies or people with a nervous disposition. Your frequent spontaneous peals of laughter may startle them.

“The Last Anniversary” is not a new book, but it is presently on the New York Times Bestsellers List. It was originally published in Australia in 2005. Apparently interest in it has been revived due to the huge international success of the author’s more recent books. Frankly, as much as I enjoyed her other novels, this is my favorite – so far.

Sophie Honeywell is a 39-year-old Sydney, Australia resident who works in human resources. She is the only child of Hans and Gretel Honeywell, a couple with an insatiable sense of fun and bottomless love for life, each other and their daughter. Sophie is a lovely person inside and outside with a sparkling personality who inspires confidence in almost everyone she meets. Three years prior, she broke up a year-long relationship with Thomas Gordon, just seconds before he was going to whisk her away to Fiji in order to propose to her on one of the island’s white beaches. She was puzzled to hear his voice on the phone, asking to meet for a drink after work. He would only say that someone had died and he really could not say anything further on the phone.

At the hotel lounge, Thomas explained that Aunt Connie, the family matriarch, had died in her sleep the day prior. Among the very organized stack of papers she left was a letter addressed to Sophie. Aunt Connie and Sophie had only met briefly two or three times during her time with Thomas. Aunt Connie and the rest of Thomas’ family lived on Scribbly Gum Island, a suburb of Sydney, across the river, though Thomas himself rarely visited the place when Sophie knew him. The letter from Aunt Connie informs Sophie she is the new owner of her lovely home because she knew Sophie would love and appreciate it. She shares a special memory with Sophie from one of her visits to the island, a small moment that meant literally everything to Aunt Connie.

Although Scribbly Gum Island is fictitious, scribbly gums are in fact a type of eucalyptus tree. Moriarty used the very real Parramatta River as the location for her tiny island of six homes. Aunt Connie and Aunt Rose’s grandfather had won the island in a bet with a very wealthy man in the early 20th century. During their childhood, there were two homes – one for grandfather and one for the girls and their parents. Like millions of other people around the world, the Doughty family had a tough time during the Great Depression.

Then an incident occurred which was to turn around their bleak circumstances. Alice and Jack Munro had been renting grandfather’s house after he passed away and on one particular day they asked the Doughty girls, teenagers at the time, to stop by for tea. 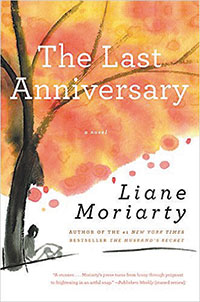 When the girls got to the house, a marble cake was cooling, the tea kettle was whistling, and the Munros were gone, save for their baby girl, nestled in her crib. The sisters took the child home with them, and talked their father into letting them keep her.

Thus “The Munro Baby Mystery” is born. Connie, the older of the sisters, had an entrepreneurial mind and a fascination with mysteries, especially the real-life mystery of the Mary Celeste. This was a boat that was found abandoned in the Atlantic, on its way from New York to Italy, all ten people who had been aboard had disappeared. No signs of struggle or violence. Connie draws an analogy between the Mary Celeste and the Munro Baby Mystery and the Munro baby, named Enigma by the Doughtys, became a regional celebrity. Her story becomes the family business, a virtual gold mine. Besides tours of the Munro Home, there are souvenirs, selling the story to the media, and an anniversary festival celebrating the date they found Enigma.

By the time Sophie enters the picture, Enigma is grandmother to Thomas, his sister Veronika, and their cousin Grace. She has been a living mystery for 73 years. The emotional ramifications of Connie’s death will rock this rather dysfunctional family to its very core and make this festival marking the discovery of the Munro baby the last anniversary. It is a heck of a ride.

“The Last Anniversary” is filled with Moriarty’s (does Sherlock Holmes pop into your mind?) trademark wit, and her profound insights into human behavior. She tackles some serious issues in this book – adultery, rape and postpartum depression. Grace is a very successful children’s book writer and illustrator who at age 33 has just given birth to 8-week-old baby Jake. She is repulsed by being a mother and by the baby himself. She is convinced that the child does not like her at all. She fears that the maternal dysfunction of her great-grandmother Munro, who abandoned her own baby, is in her DNA. She sits and stares at a carton of milk on the table for two hours, unable to move. Because of Grace’s physical beauty and her own reserved personality, no one recognizes the signs and when Callum, her husband, shares with his own mother that Grace is just not herself, he is basically just shushed. Sometimes husbands don’t get enough respect.

Only a writer of Moriarty’s caliber and remarkable insight into human behavior could produce novels that cover such hot-button subjects and manage to make the reader laugh, drop kick them in the heart, and yet keep turning the pages.

I rated this book 4.25/5.0. After you read it, you might want to send it up north for your family and friends to have it on hand during their next blizzard.