The Importance of Sports at MIA 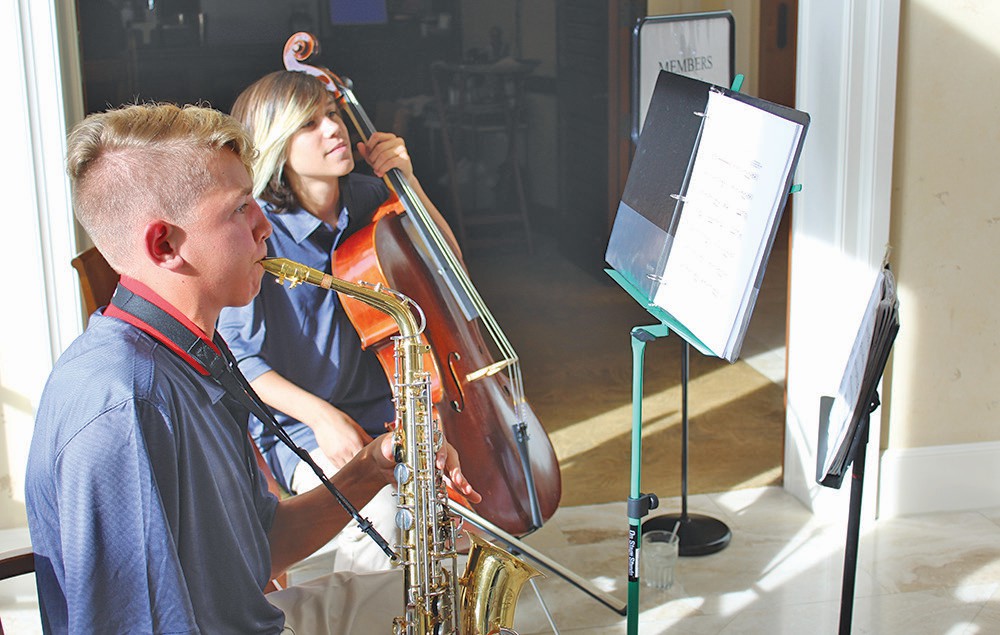 Johnathan Watt on saxophone and Julian Totten on cello play “A Sentimental Journey.”

Who better to render an opinion on Marco Island Academy’s athletic programs than the athletes themselves?

“I feel like at MIA, our sports teams are a family,” said freshman Jenna Palumbo, who is a member of the school’s soccer and track teams. “Everyone is really close, so it’s more than just playing a sport. It’s just a lot of fun.”

For sophomore Teagan Havemeier, sports are a beneficial way of spending time after the school day ends.

“It encourages working hard in the classroom when you also work hard outside of school,” said the member of the academy’s cross country, soccer and track squads. “I think sports are a great way of forming new friendships that you wouldn’t necessarily make sitting in a classroom and doing your homework.” 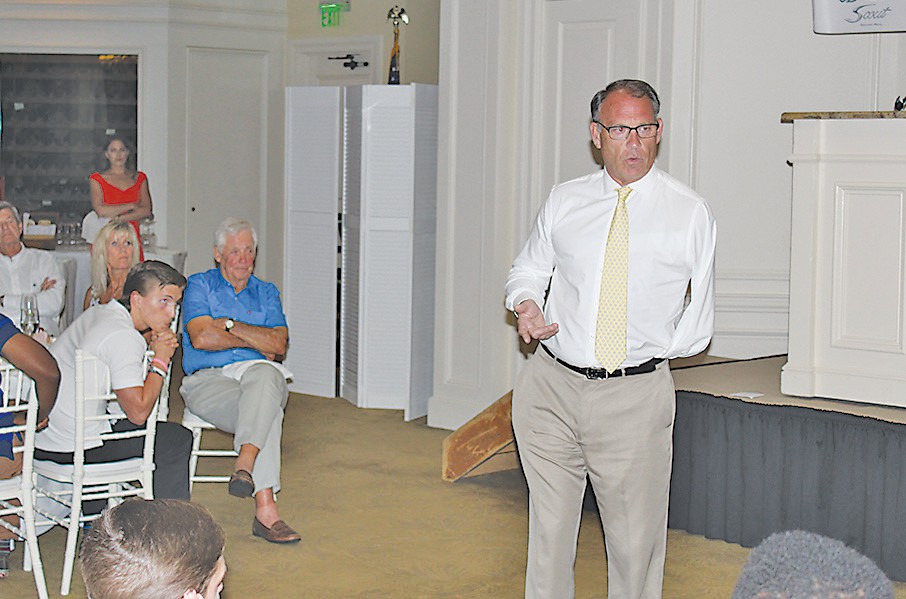 at the heart of the second annual Cheers For Champions Benefit Dinner held recently at the Hideaway Beach Club. The event serves as a fundraiser for the school’s 17 varsity sports. MIA’s coaches and athletes who’ve advanced to regional and state competitions were recognized at the event, as was the school’s candidate for the Winged Foot Scholar-Athlete Award, senior Will Carlyle.

WINK News reporter Kelsey Kushner served as MC and the dinner was highlighted by remarks by guest speaker Kevin Reilly, a former NFL linebacker whose career was cut short when he was diagnosed with a rare form of cancer that led to the amputation of his left arm, four ribs, and a major portion of his left 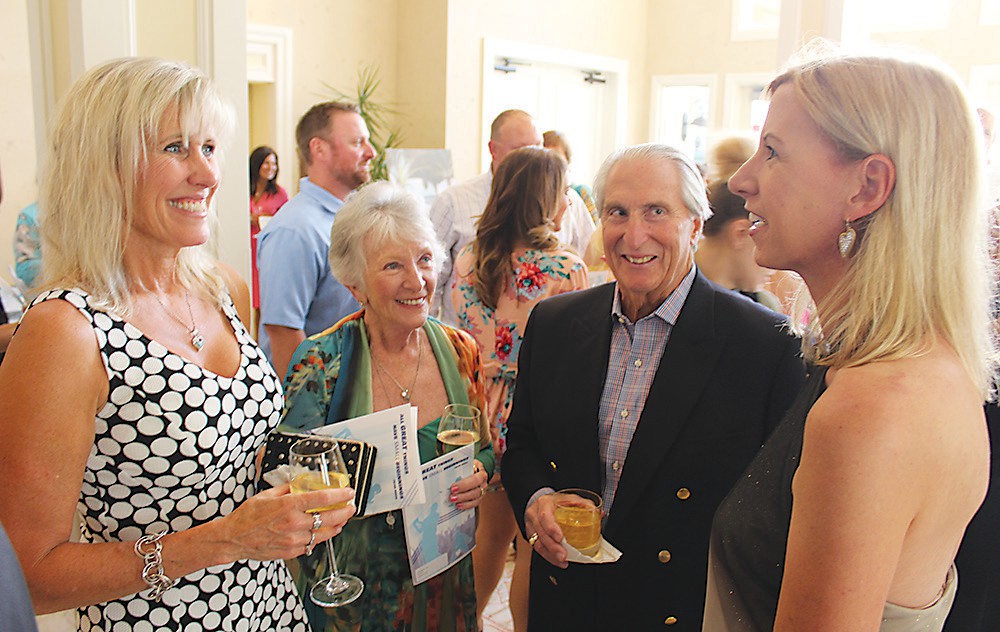 “It’s critical because our school does not receive any funding for athletics, so all of the funds to run our programs, we have to raise ourselves,” Jane Watt, MIA’s founder and chairman of its board of directors, has said. “Our athletic program costs about $100,000 a year, so Cheers for Champions is critical to our school.”

At the social hour that preceded the dinner, Carlisle reflected on what being the school’s Winged Foot candidate means to him.

“It’s great knowing that all my hard work has paid off and that it’s recognized by the administration and the community,” he said. 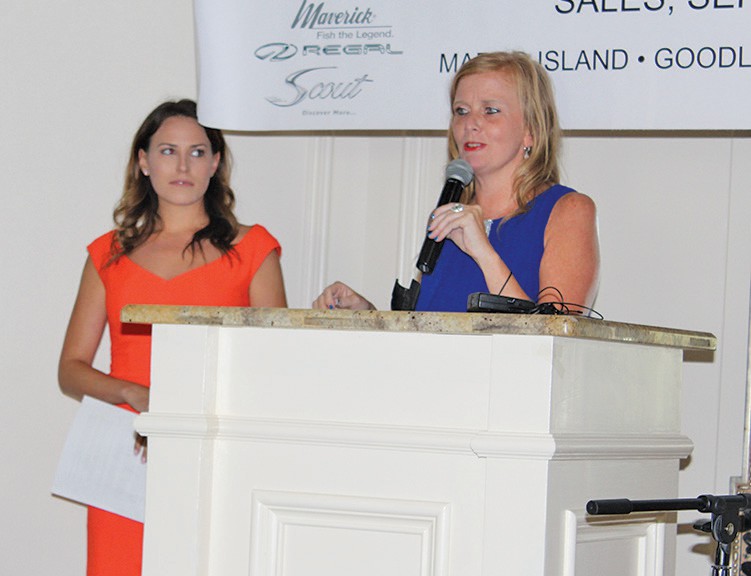 varsity baseball, tennis, football, golf and basketball during his time at MIA. He plans to continue his education at the University of Utah, where he’ll major in business management.

Reilly, a Delaware native and Villanova University graduate, played for the Philadelphia Eagles and the New England Patriots during the mid-1970s. After his forced retirement from the sport, he went on to have a 30-year career as a senior executive in sales and marketing and human resources at the Xerox Corporation. Today, he is a native is a motivational speaker and a radio broadcaster for the team he grew up rooting for, the Philadelphia Eagles.

During his often humorous remarks, he discussed his career, which included being cut by the Miami Dolphins during his rookie training camp before being picked up 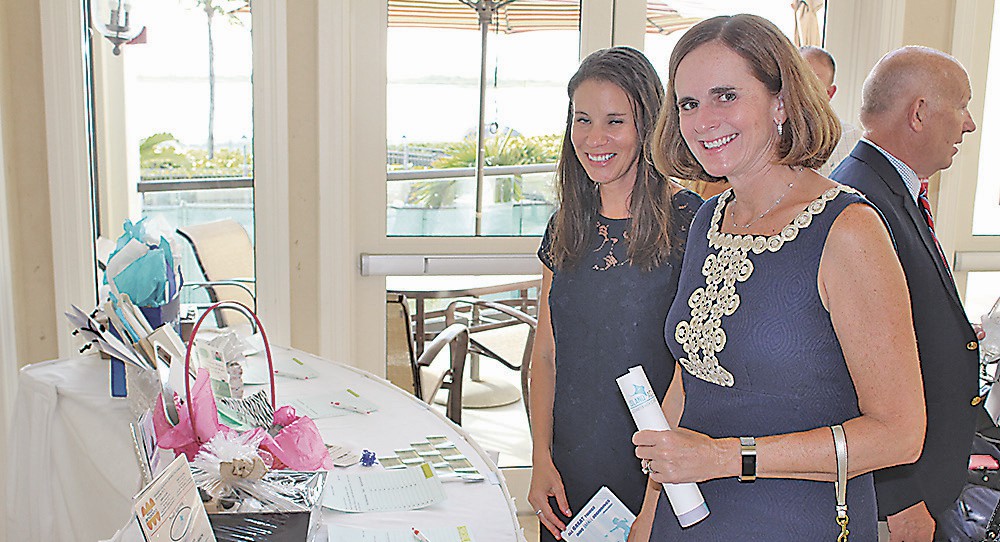 on waivers by Eagles, where he became the special teams captain his first year with the team. Seven years later, at age 29,he awoke from an operation at Memorial Sloan Kettering Cancer Center in New York City, minus his arm, shoulder and four ribs.

He lay there wondering how he would support his wife and three children, the oldest one age 3, whether his job would take him back and whether the cancerous tumor would return.

“It was the saddest day of my life.”

He then went on to discuss the mindset and advice that helped him overcome the physical and emotional challenges he faced, which included assistance from former NFL great Rocky Bleier, who suffered a severe knee injury in Vietnam that he surmounted to become a 1,000-yard rusher and a 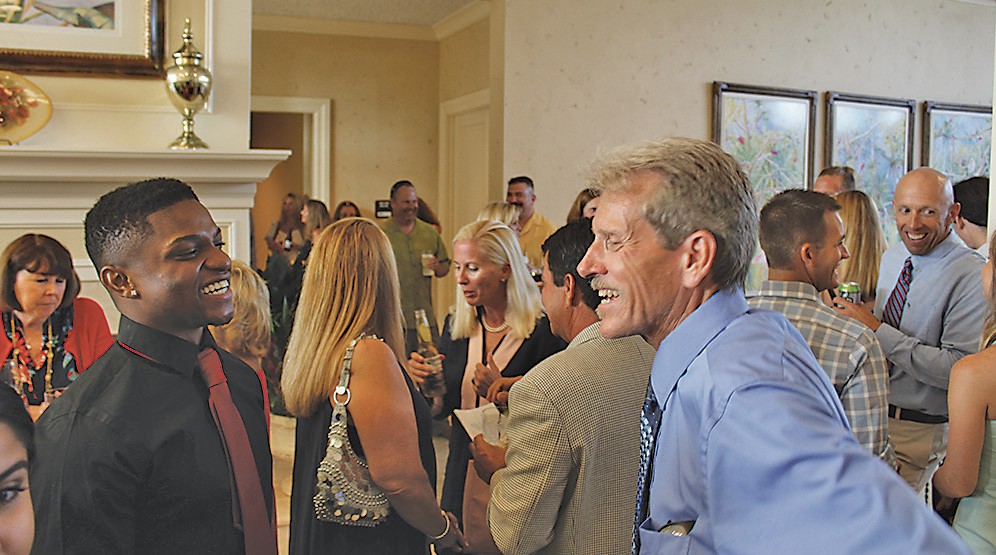 four-time Super Bowl champion during the 1970s with the Pittsburgh Steelers.

“Here’s the point I’m making for the young people here, the human spirit is stronger than anything can happen to it,” he said. “But why do we wait until we’re in a corner or a crisis to find out just how strong we really are? That’s because we don’t set our goals high enough. We don’t want to fail. My point is to go after it.”

MIA freshman Dominic Moller is a football, basketball and baseball player who intends to do just that. He hopes to play college basketball, but in the nearer term, he has another goal.

“I’m trying to help build up MIA to be on the map so that people see MIA as a great school,” he said. “I want us to become a juggernaut in sports.”