The Impact of Grow 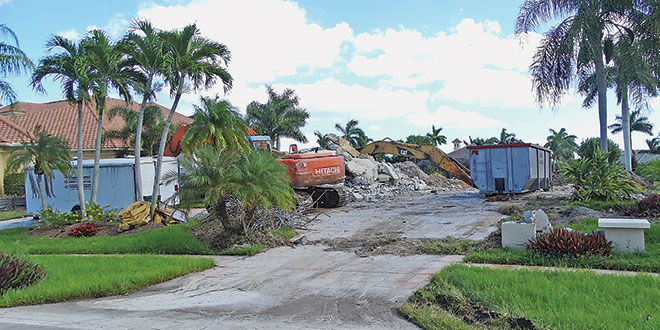 Like all cities and counties within the State of Florida, the City of Marco Island will face its share of challenges in both the short term and in the decades moving forward. The fact that the community sits on an island will not isolate it from many of the issues facing municipalities around the state as the pressures of growth continue build, both on and off the island.

In 2015 Florida established itself as the second fastest growing state in the nation, just behind Texas. With over 1,000 people a day arriving in our state the pressures of growth and the demand for services will continue to grow. That growth is not expected to slow down anytime soon, and by 2030 it is estimated that Florida’s population will surpass 26 million.

Marco may have another set of issues for city leaders to consider as it begins to see the pressures build from redevelopment. “We are already seeing many of the older

In the last year the Marriott’s Crystal Shores Vacation Club at the intersection of South Collier Boulevard and Winterberry Drive began the final phase of its project that will add two additional buildings and improved amenities to that site. Those plans had been approved years ago, but put on a temporary hold when the economy slipped into recession in 2008.

The massive structure now looming over South Collier Boulevard has left some to wonder whether or not proper foresight was applied years ago as to its proximity to the street and whether the necessary setbacks were adequate.

“Everyone I’ve spoken to is simply stunned by the visual impact of the building and how close it appears to the street,” said Planning Board member Jack Patterson.

The city’s LDC, which was adopted from Collier County, has served

Are side yard setbacks adequate?

as a blueprint for development on the island since its inception 18 years ago. Some minor changes have been made to that document, but it has remained somewhat intact.

The city has adopted a Comprehensive Plan that deals with overall vision for the island and on occasion, as required by state statute, revisits that document and makes minor adjustments to issues such as density, while moving forward to reduce those numbers as the opportunities arise, while certifying those changes to the state.

Some years ago a Mid-Town Overlay District was created which outlined a specific vision for the area which lies within the commercial center of the island. Going back to 2010 citizens, the Planning Board and the City Council had discussed the potential for redevelopment of that area and a unified vision for the area.

Planning Board with a review and analysis of the current LDC and a review of the Comprehensive Plan as to its consistency with Florida State Statutes. They will also be identifying any policy issues that may need addressing with the Planning Board so a report and suggested action items may be forwarded to City Council.

If that first phase is successful, some would like a review of the specifics of the LDC to deal with issues that are being seen in regards to the adequacy of some of the requirements for setbacks from side lot lines, permeable surfaces for storm water and the setbacks from seawalls.

“With the redevelopment within established neighborhoods, it becomes imperative that we insure that our existing codes are adequate to protect abutting neighbors and the ecosystem itself,” said Council Chairman Bob Brown. “The impact of those mega-homes is a legitimate concern for us all, and we want to do all we can to insure our quality of life isn’t negatively impacted,” concluded Brown.