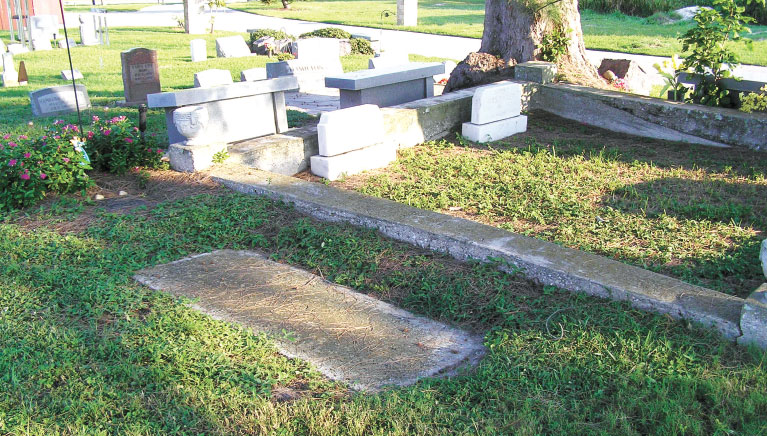 The simple slab shown in the front is the location of Elizabeth (Lizzie) Weeks Sawyer who lived in Collier County from 1862 to 1939.

I appreciate the many people who commented or called about the last article written about John Weeks and his family. One point that concerned readers was the comment that his wife, Elizabeth (Lizzie) Weeks Sawyer was buried in an unmarked grave at the Marco Cemetery. Clearly the wife of the first settler of Collier County, who moved here in 1862, deserves more recognition. Lizzie died in 1939 in the middle of the depression and although there were four generations of Weeks living on the Island at the time, the family was not affluent. However, her grave site is clearly visible as her sons poured a tabby mortar slab in which they originally scratched her name into the surface. Tabby mortar is made by burning oyster shells to make a “quick lime” (the cement), then adding washed sand along with shell as the aggregate. It is a time consuming process, but is relatively inexpensive, being made solely from natural materials. At the request of the Mackle Brothers, Lizzie’s great 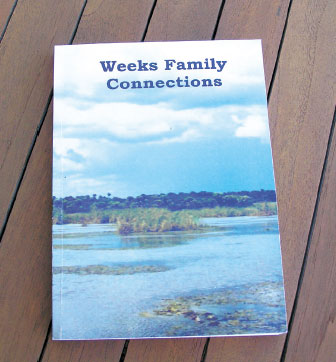 granddaughter, Faye Brown, helped her father, Wiley Dickerson, prepare a map of the cemetery in the early 1960s. They found 93 bodies buried there, not an easy task as the area was overgrown, and many headstones had been damaged over the years. Faye and her father found out that Lizzie’s actual burial location is not directly under the slab but lies to the east of it under a low concrete fence constructed by Tommie Barfield’s sister, Mrs. Leo’s family. After that fence was built, Lizzie’s sons decided they needed to better mark their Mother’s grave and placed the slab as close to her burial site as possible. Over the years the scratched name and information they placed there disappeared – the results of the elements and lichen that grows on a porous surface and breaks it down.

So, an effort is now being made to put up a suitable headstone for Lizzie Weeks Sawyer. The cemetery is operated by the New Life Community Church, Pastor Thomas McCulley, who has agreed 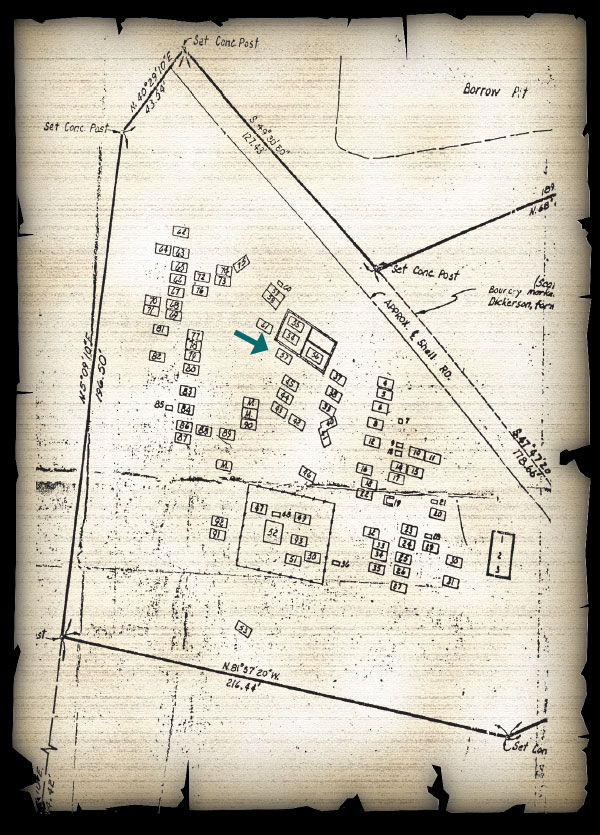 This is part of the cemetery map made by Wiley and Faye (Brown) Dickerson at the request of the Mackle Brothers. Lizzie Weeks Sawyer is buried at location #57.

to provide the headstone at cost. So, how can you help? There are two ways: 1) Faye has donated 20 of her books: “Weeks Family Connections” to the cause and each one sells for $20.00. The book includes a great deal of local history including information on the family’s involvement in the Seminole wars, John Week’s brother Madison who was the first settler of Naples, as well what life was like on Marco and in Collier County during the 1930s to the 1960s. So you could help by purchasing a book, available either at the Marco Museum Store at 180 S. Heathwood Drive or at my office 606 Bald Eagle Drive Suite 500, or 2) if you prefer, you can simply donate to this cause with a check made payable to the Marco Island Historical Society, Inc. Any funds raised in excess of what is needed will be used to provide markers for other pioneer gravesites at the Marco cemetery which have missing or broken headstones. Thanks for your support to a worthy cause.