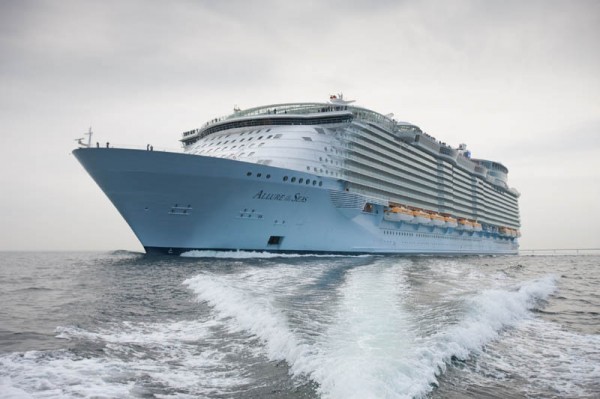 My dream came true. I won a gold medal! It isn’t from the London Olympics, but it’s awfully close. It’s probably not real gold, but it’s heavy and “golden” and has a magnificent blue ribbon. In my feeble mind it’s Olympic quality, and that’s that.

It took Olympic teamwork to win it, since it was the result of a four day team trivia competition on the “Allure of the Seas,” a cruise ship to end all cruise ships. It has everything Columbus ever wanted: a rock climbing wall; an ice skating rink; at least a thousand restaurants; an ersatz Central Park; a gigantic casino; a “zip line;” 6,000 passengers, of which at least 1,000 appeared to be small kids or Disney Dwarfs, and another 2,000 spoke languages with which we had no familiarity, and; oh yes, a navigation system (Columbus could have really used that). On a ship like the “Allure” competition among passengers for everything (including seats in the Windjammer restaurant) is fierce.

The trivia teams looked well prepped; many of them obviously had spent nights reviewing the cards from Trivial Pursuit. Their red eyes and pale faces gave them away. Our Quizmeister was from a remote area somewhere in Britain. He used an ancient dialect that barely resembled English. The tension was unbearable.

Each day one team at a time would select a category by picking a paper from a hat. Every category consisted of five questions. They ranged from the planets to chemistry to mathematics to sports to Elvis. I was on a brilliant team: a retired aeronautical engineer and his wife, a retired schoolteacher, a representative of the Air Line Pilots’ Association and his wife, an entrepreneur, and me, a semi-retired dilettante. Occasionally a sixth member joined us to fill out the team.

After two days we had a slight lead, thanks to our aeronautical engineer ripping through math with consummate ease. “What’s the square root of 196?” intoned the Quizmeister. Our engineer scribbled “14” 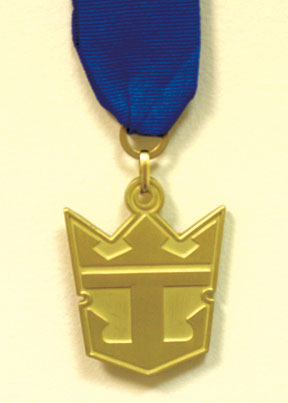 without even pausing. Four other questions about triangles, degrees and formulae bit the dust. I thought, “Why didn’t you sit next to me through my non-productive years of math?” Everyone contributed, and I happily danced by the sports section without an error.

Going into the last round we had a slim three-point lead over a very good team. Disaster struck. The first category was Television Programs of the 1980’s. We were dumbstruck. Five profound questions such as, “What was the name of the dog on ‘Frazzle Rock?’ (I’m not even sure I remember the question). Another: “Which character on ‘The A-Team’ was a pilot?” (Right answer: “Murdock”). We wrote Mad Dog, and mildly claimed that it should be accepted since it sounded like “Murdock” and we should not be victimized because of our accents. Properly we lost that one. We were desolate since our rivals were gleeful.

Then came the really intellectual category: Disney! We got Walt’s middle name (Elias) since the ALPA guy and I had that one in the useless sections of our brains. Our entrepreneur knew that, in Cinderella, mice were turned into coachmen; but we stumbled on a question about some Disney movie.

Then, utter despair. The last category was Elvis. We faced five questions about what clothing Elvis wore on his comeback (which one?) to his middle name (Here again the ALPA guy and I both came up with “Aron” and we were right). Our entrepreneur answered “Hawaii” to one obscure question, and we escaped with a couple of points, but our competitors were younger and more hip.

We sweated out the final standings, in reverse order. Quizmeister went through the teams, and we weren’t named. He reached the last three. Two tied for second. We weren’t named. We won! Big! Seven points! Zowie! Great prizes: the Olympic Gold Medal, a tote bag full of great stuff like umbrellas, wallets, the ubiquitous key chains, towels, pens and other treasures. Finally, they crowned us with a crown made of balloons, and gave us a bottle of champagne.