The Girl Who Wrote in Silk 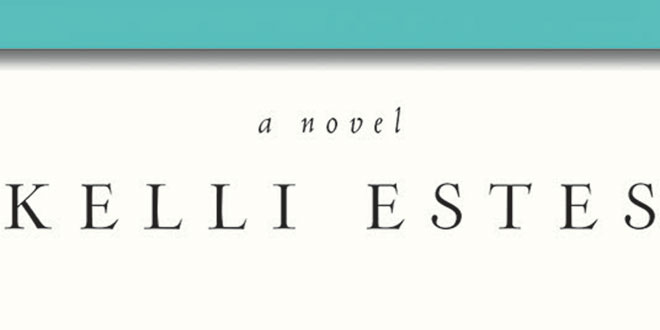 Author Kelli Estes opened my eyes, as well as protagonist Inara Erickson’s, to a piece of American history I knew nothing about. In the backdrop of the Orcas Island, on Puget Sound, state of Washington, Inara is drawn back to the island when she inherits a grand old estate that was once her childhood playground. She has no intention of staying long, just long enough to get the property on the market and leave the island that haunts her with guilt from when her mother died on a windy road on the island.

The estate they call Rothesay captivates her, and to her surprise even more so than that of her family, she turns down a well-salaried job with a solid future and decides to stay and convert the property into a boutique hotel. In the course of beginning renovation, she discovers hidden in a staircase a very old sleeve made of beautiful silk with strange embroidery seemingly telling a story.

Estes writes through two points of view: Inara, the modern day protagonist, and Mei Lien, the young Chinese girl that lived on Rothesay in the late 1800’s, during one of the most shameful times in American history. Once the Chinese broke their backs building our railroads and mining our gold mines, the American people suddenly decided the Chinese were inferior. Rising unemployment in the U.S. led to fear that the Chinese would take jobs away from Americans. The result was an overwhelming decision to rid the northwest of the “inferior” Chinese. In 1882, The Chinese Exclusion Act was enacted by President Chester A. Arthur which halted immigration of Chinese for ten years and refused to grant them citizenship, until the Geary Act of 1902 made it permanent. It wasn’t until 1943 that the law was repealed by the Magnuson Act when China became our ally in World War II. But that is not the biggest horror. 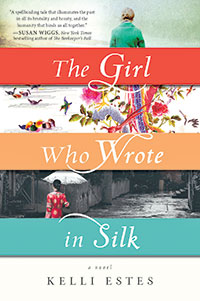 Ethnic cleansing of the Chinese became commonplace, and that is where our fictional character, Mei Lien, opens the story.

I personally love fiction that resonates with real facts about real places and times. The Girl Who Wrote in Silk is one of those stories that will both enthrall you with the tales of the protagonists and the history that surround s them. I listened to this book on Audible and could not stop. I drove with ear buds in, vacuumed and cleaned, and rocked my grandbaby to sleep, all while listening to this engaging tale of heartbreak and hope. It made me ask the question, “To what extent would I go to save my child’s life? Could I do anything like Mei Lien’s father if I were in his shoes?”

I give this book 5 stars. It takes a story that I know will stay with me forever to rate a 5. I’ve read lots of good books that are quickly forgotten. This is not one of them. Yes, it was predictable that Inara would eventually trace the sleeve to Mei Lien, but I don’t believe Estes ever intended it to be a secret to the readers. We had the bird’s eye’s view into Mei Lien’s life long before Inara discovers her. It is not the story that Kelli Estes, the author, tells that will stay with me, it is what The Girl Who Wrote in Silk taught me on the sleeve of that jacket that will resonate me forever.

Joanne originated and wrote the “Book Remarks” column for 13 months, after which she “retired” to direct her energy towards writing. She has published a children’s book, a biography and 3 novels since 2012 and serves the Marco Island Writers, Inc., as its current secretary. When not writing, she enjoys leisure time pursuits with her husband including golf and visiting their 6 children and 10 grandchildren who spread across four states.