The Girl In The Spider’s Web 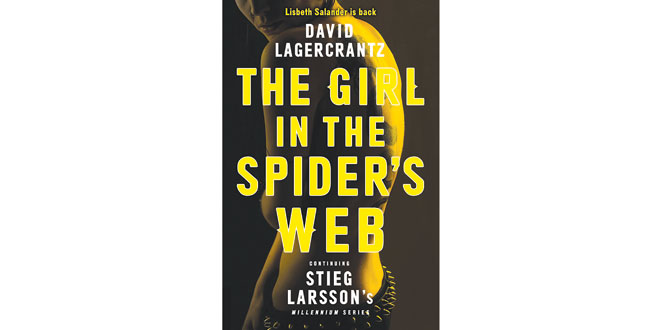 “Throw me to the wolves and I’ll return leading the pack.” ~ Unknown

Like many readers, I was eagerly anticipating the release of the fourth Lisbeth Salander book. It has been a long time since the publication of the “Dragon Tattoo Trilogy” and the release of the films. Stieg Larsson, creator of the trilogy, died of a heart attack at age 50, before the books were published. He never earned a krona from the 80 million copies of the trilogy or subsequent film rights. Larsson created one of the most fearless female warriors in recent fiction. I was not worried about his legacy being honored by a “substitute” writer, as other series have done well after the demise of their original writer. James Bond and Hercule Poirot come to mind. Although not willing to say I was disappointed, I was deeply underwhelmed by Lagercrantz’s effort.

“The Girl In The Spider’s Web” is the English language title of this book. In Swedish, it is “That Which Does Not Kill Us.” Maybe they wanted to make sure English speakers realized that it belonged in the Dragon Tattoo series. In the first half of the book, Lisbeth makes two very brief appearances. The reader has to trudge through multiple insignificant characters, a few of whom reappear very briefly much later, as well as endless computerese. If you absolutely love knowing the details of hacking into other people’s computer systems, and/or you love prime number factorization, elliptic curve factorization, or other fun with numbers pursuits, and you love hearing about it over and over, you will revel in much of this part of the book.

However, in the first half we do meet August Balder, an 8-year-old autistic savant who is mathematically and artistically gifted, as well as his father, Frans. Frans is a genius computer engineer who has been developing artificial intelligence. He had left Sweden for Silicon Valley after his failed marriage to August’s mother. Frans abruptly leaves Silicon Valley and returns to Sweden to be a full-time father to August, who has never spoken a word in his life. The money that Frans has been sending for August’s therapy and treatments has been squandered on the drug habits of his mother and her live-in boyfriend, actor Lasse Westman. He also suspects his son is being abused by Westman.

Of course Mikael Blomkvist makes an early appearance. He is still Mikael, off and on in his affair with Erika Berger, and once again both he and the magazine Millennium are in trouble. In the middle of night, he is contacted by Frans Balder, who insists Mikael needs to come immediately, at 3 AM, in the middle of an horrific snowstorm, to hear something urgently important. By the time Mikael makes it to the Balder residence, Frans is dead and Mikael himself is shot at by the escaping assassin. August is still alive, rhythmically throwing his body against the headboard of the bed, having just watched his father die. The assassin left the child alive because he was certain there was nothing behind those vacant eyes and the child would never identify him. A gross miscalculation.

Lisbeth finally appears and stays in the picture a little over halfway through the book. Finally, the real story begins. Salander is brought into the situation via Blomkvist. Although they have not seen each other for years, Mikael knows that Lisbeth hacks into his computer occasionally and has a file [Lisbeth stuff] where he leaves notes for her when necessary. This is how he apprises her of August 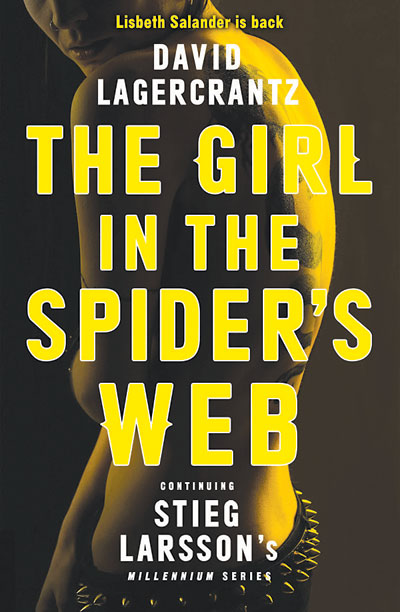 Balder’s situation. The boy was taken to an emergency care center for children who have experienced traumas. The psychiatrist that Hanna, his mother, entrusts August to is more arrogant than knowledgeable. He insists that August not be allowed to continue his drawing of Frans’ murder. Although Blomkvist realizes that the child saw the killer and was drawing the entire scene in minute detail, that escapes the psychiatrist. The plan is that the police will come the next morning with a renowned child psychiatrist, and have August complete his drawing despite the psychiatrist’s protest.

But, there is a leak, apparently on the side of law enforcement. The emergency care psychiatrist receives a message from Dr. Edelman to bring August to his mother’s house for the session. Her presence will facilitate the child’s memory retrieval. Lisbeth smells a rat when she reads this message after hacking into the emergency care facility’s computer. She hightails it to the facility, where the power trip psychiatrist and August are getting ready to step outside the glass doors onto the sidewalk. Unfortunately, she cannot save the psychiatrist, but she is able to dive on top of August, taking both of them to the sidewalk. It is only after she forces their way into a passing vehicle that she realizes one of them has been hit.

The bond between August and Lisbeth is immediate. It is kind of amusing that Lisbeth at first is a little creeped out by August’s glassy-eyed stare, since she is usually the one creeping others out. This is probably the only good character development Lagercrantz carries out in this book, between August and Lisbeth. Now things start popping. We also meet Lisbeth’s twin sister, Camilla. The girls have not seen each other since Lisbeth was sent to the psychiatric hospital after setting their father on fire. They have pursued vastly different paths.

In sum, we have the big bad NSA in cahoots with the Russian mafia, lots of computer hacking how-to, a lost artificial intelligence program, a long-lost twin sister bent on avenging her father, an autistic savant with a beautiful but dysfunctional mother with an abusive boyfriend, a reunited dynamic duo of Blomkvist and Salander, and a cast of very minor characters who carry their thin storylines through the entire book.

I rated this book 3.0/5.0. About one-third of the book was an actual Lisbeth Salander story. My impression of the first 200 pages was that Lagercrantz was trying way too hard to prove that he was worthy of continuing Stieg’s work. Lagercrantz seemed to want to impress upon the reader how much research he had done into the subject of hacking and the mathematics involved in computer engineering, that writing about hacking now is so much more difficult than when Stieg wrote the trilogy. I have some objections to his political objectives as well. But, mostly, I feel that “The Girl In The Spider’s Web” is a story that could have been told very well in about 200 to 225 pages. It is basically a good story that was written by a barely-adequate storyteller who overwhelmed the reader with too many storylines, many of which were simply superfluous. In my opinion, he did not give Lisbeth the respect she deserves. If I got it all wrong, feel free to e-mail and set me straight.