The Death of Santini 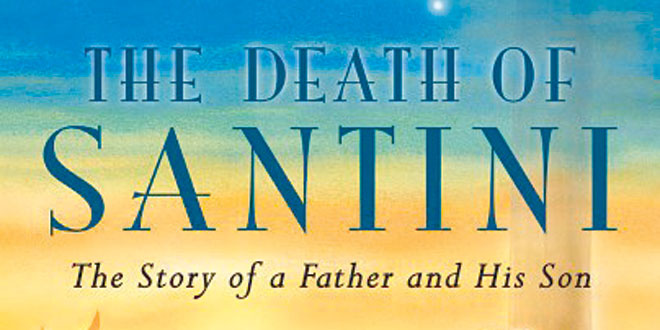 “Time passing has a soothing, ameliorative effect, and memory softens as its tides flow out to sea. And to the amazement of all his children, Dad was turning into a man of decency and self-control.”

I wanted to read The Death of Santini because it was touted as a journey to forgiveness between a father and son. Every major world religion values forgiveness, and it seemed an appropriate read for the Christmas edition, covering father-son relationships, family, love and forgiveness. Also, Conroy is a very popular and talented writer of his generation, and has gifted us with The Water is Wide (movie = “Conrack”), The Great Santini (movie = “The Great Santini”), The Lords of Discipline (movie = “The Lords of Discipline”), The Prince of Tides (movie = “The Prince of Tides”) and other great novels.

What I read was a rather rambling memoir of Pat Conroy’s life as he remembers it. Yes, his relationship with his father is most certainly covered, but so are histories of both sides of his family and the women in the families who loved him. He claims to remember events from when he was still in diapers and preverbal. I found myself doubting many of the details of his reminiscences about himself and his six siblings, especially since he never seemed to instigate any wrongdoings and always described himself as the peacemaker in the family. He never misses an opportunity to remind the reader that he had a miserable, abusive childhood, and after the fifth reference to such, I started just skipping over those passages. Ditto with reminding the reader how crazy is his poet sister Carol Ann. At age 67, Conroy’s journey to forgiveness appears to be rather incomplete.

Still, this a book that Pat Conroy fans should not miss, keeping in mind that his forte seems to be fiction that is realistic and memoirs that are fictionalized. The man is an accomplished word wizard, and his 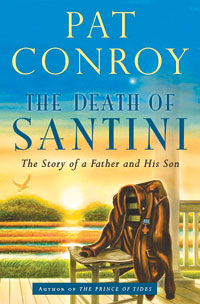 prose is magnificent. His family members include some bigger than life characters that would not be credible in a novel. Stanny, his maternal grandmother Mrs. Stanton, was a massive influence on Pat, a true free spirit. Peg Peek Conroy Egan, Conroy’s mother, is a complex woman. I found myself wondering why Conroy gave her a pass on so many things and blamed his father for all the abuse the Conroy kids endured. Even though he indicates in more than one passage that Peg ignored the two youngest boys, Tim and Tom (who committed suicide by jumping off a 14-story building), and that all the kids were dressed in unstylish clothes while Peg always had the latest fashions in clothing and hairstyles. She also had a penchant for hitting her daughter with a broom, and her kids suspected she had an affair with a priest.

Reading this book will take you through the gamut of emotions – anger, tenderness, pride, elation, sorrow. Despite some repetition, the book is riveting because we do see the “characters” change and evolve, especially Santini, Don Conroy, the patriarch. Also, because it is infused with (mostly dark) humor throughout, it is just great storytelling.

The Conroy clan is really messed up, as many friends and neighbors note, but they are funny. Here is one example of dozens of humorous interactions within the clan. Pat is driving his aunt to her hometown, where she and his mother Peg were born, to get a photo of the family home for his dying mother. In response to his aunt’s question about the topic of his next book:

“It’s about a shrimper’s family in Beaufort,” I said. “I’m calling it The Prince of Tides.”

“Is it filth like your other books have been?”

“Yes, according to your harsh standards, it’s trashy beyond human belief.”

“You know, I think you have talent, Pat. I’ve told friends of mine at church that one day you’ll write a book that even a Christian can read.”

And they do love each other: “Love came in wounded and frantic ways to my dismaying family, but love it was.”