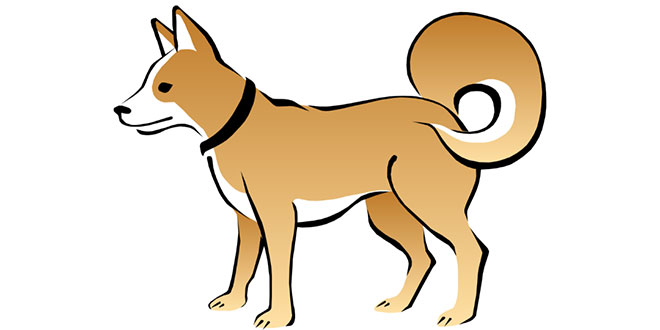 Charlie (the name is changed to protect the guilty) was probably the most famous criminal in Lake Forest, Illinois, in the late 1970s. Notwithstanding his criminal reputation he was beloved by all, and he loved all in return. Charlie was a large hunk of amiability – actually a retriever of some sort.

The problem was that Lake Forest had a leash law. Charlie would rather roam than walk on a leash. So, poor Charlie wound up in the hoosegow about once a month. Fortunately for Charlie he was as popular with the cops, including the chief, as he was with us civilians. They even kept a box of treats at the station house just for Charlie. He’d get picked up, taken in, given a few treats…and then the inevitable phone call. “Hi, it’s the police. Charlie got arrested again. Oh, he’s fine, just wandering around without a leash. You can pick him up at the station house, unless you’d rather have us drop him off.” With tail wagging, Charlie would get back home and be mildly reproached for breaking the law once again. We were never sure whether the City of Lake Forest ever included Charlie’s long record in the crime statistics. If so the city had a terrible crime rate.

Charlie comes to mind because of a newspaper commentary the other day enjoining us mortals not to say we “adopted” a pet. The rationale is that a pet is not a family member, and cannot be one. I’m not persuaded about that. I cannot speak for Charlie (and his family!) but I can relate to a number of very personal connections specifically with dogs. For example, Brandy, my muttski, not only was lovable and extremely bright, but also a neighborhood hero. One late night Brandy started yelling in my direction, and I told her to go back to sleep. She persisted, and pulled my covers off. I finally said: “Ok, Brandy, show me why you are yelling.” She ran to the window, pawed at the blinds, and there, across the street, the garage was on fire. For some reason a Mercedes had caught fire and was burning furiously. Thanks to Brandy the family was evacuated safely, and the garage was not completely destroyed. To this day I remember the little kids coming to the door to ask, “Can Brandy come out and play?” To them she was a treasured member of the gang.

Would anyone dare tell a war veteran who served with a military dog that the dog was not “adopted”? Many dogs sacrificed their lives to serve those veterans. Several dogs received posthumous medals. Is it any wonder that organizations ask us to “adopt” a pet?

There is certainly an argument that there is some tendency among certain people to over-humanize pets. If you feel that way, fine. However, please don’t foist your views on me. Once having had a Charlie or Brandy it’s very difficult to say that they are not members of the family. Their unconditional love is good enough for me.