The Band is Back Together 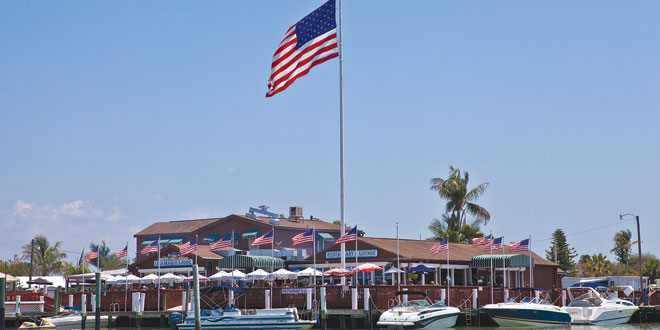 The foursome that took downtown Goodland by storm in the mid to late 2000’s is back! In 2005, I first saw Tripleshot grace the stage of The Little Bar (if I remember correctly, which isn’t often). For two to three years, they were regulars at many local establishments, entertaining and delighting audiences of all ages. And they’re ready to do it again – at The Old Marco Lodge – the place where it really all began.

Tripleshot singer and guitarist Ryan Darling explains. “I had been doing my solo act for quite a while but had worked with (the other band members) on and off over the years.” With Ryan on guitar and lead vocals, Billy Caloyer on keyboard, Mike Schankman on drums and Bill Wiemer on bass, Tripleshot was formed and began to make a name for themselves.

So much so, that in 2007, a portrayal of the band, made in Spam and entitled “TripleSpam,” won first place in the art division at The Little Bar’s annual Spammy Jammy. How do I know this? Because I made it. Along with the help of Ali and Katie, of course.

Their popularity skyrocketed when they began performing on the large outdoor patio at the Old Marco Lodge on Sunday afternoons. “We built it up to be a pretty big event,” adds Darling. But suddenly the music stopped.

Tripleshot was on hiatus, and it was unclear if they would ever return. But why? Was 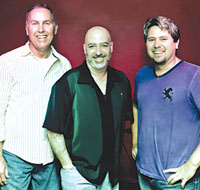 there a rift in the band? Did someone have to go to rehab? Or worse, did the drummer lose an arm?

Thankfully, none of these are true. Darling decided he needed to take a break from the music business – or rather thought he was retiring. The band had built itself a name on the weekends, but during the week Darling was making a name for himself in the world of online banking software. “I was tired of playing the same music,” he admits. “I needed a break and to just be able to focus on business for a while.

Slowly creeping back into the music scene in the last year, Darling has performed a number of solo acts, and has secretly been meeting with his old bandmates for a reunion. Throughout the summer, Tripleshot practiced weekly, learning three new songs a week.

“After the time off, I was missing the music. We were a good band, but we never practiced. We never dissected the songs, reconstructing them and harmonizing.” His reason for coming back: “To be a rockin’ tight band.”

That’s exactly what people will have a chance to see on October 20, from 3 to 7 PM at the Old Marco Lodge here in Goodland. “Real shows,” says Darling. The new concept is to have guests stick around for the next ‘show,’ not set. Every show will feature different music and EVERY OTHER SUNDAY at the Lodge, Tripleshot will continue to bring new tunes to the stage.

The band is not only excited to show 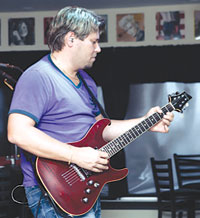 off fresh songs, but to show off their new vocal skills. While Darling may sing the lead on eighty percent of the songs, Schankman, Wiemer and Caloyer are also vocally gifted. The band has worked on harmonizing – blending their voices and singing different parts to add to the feel of every song. Fear not, there are no backing tracks in this band!

So, if you’re lucky enough to pick up this Coastal Breeze within the first two days it hits the stands, don’t say you weren’t informed of the return of Tripleshot. Head on down to the Old Marco Lodge on Sunday the 20th between 3 and 7 PM. Not so lucky to have read this by then, have no fear. Tripleshot will be playing every other Sunday after October 20 through season. This means November 3 will be their next show. You can do the math from there.

Get interactive with the band via their Facebook page, TriplesholtFL, and sign up for their weekly email alert at www.RyanDarling.com. The Lodge is located at 401 Papaya St. in Goodland. For more info about its live music schedule, call the restaurant at 239-642-7227.

P.S. On a totally separate note… Thanks Jared!