The Attraction of the Flagstick 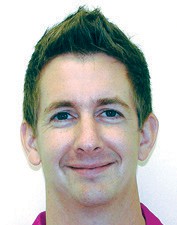 Those who delve in such things as human thought processes believe that the Law of Attraction is the attractive, magnetic power of the Universe that draws similar energies together. Many believe this gives humans the power to think positively, resulting in positive things happening. Vice versa, bad things happen when we think negatively. By visualizing a mental image of what we want to achieve or by repeating positive statements, which are called affirmations, we create and bring to life what we visualize or repeat in our minds. Stated more simply, putting to work the power of thoughts, imagination and words to produce positive results works for those trying to perform better at anything in life, including golf.

Part of the equation, however, means that visualizing the wrong things can be a negative, and this happens to those who might not be self-aware of their present ability. Golfers need to know their game, ability, and skill level, all while trying to improve. Playing with club level players on a weekly basis I see many high handicappers picking targets that should not be chosen. In the game of golf, the flagstick is an attraction–in my opinion a negative attraction–for many club golfers on most of their approach shots.

By way of example, the PGA tour average result for 125-150 yard approach shots to the flagstick is 24 feet from the flagstick. This stat tells us that the best players in the world should not aim at a flagstick with a wedge if the flagstick has a bunker, rough, or the edge of the green within 24’ of the flagstick, give or take their tendency to miss left or right. I cannot count the number of times I have seen a 25 handicapper select a “tucked” flagstick as their target from 140 yards.

Inevitably, on every hole played the flagstick is where we want the 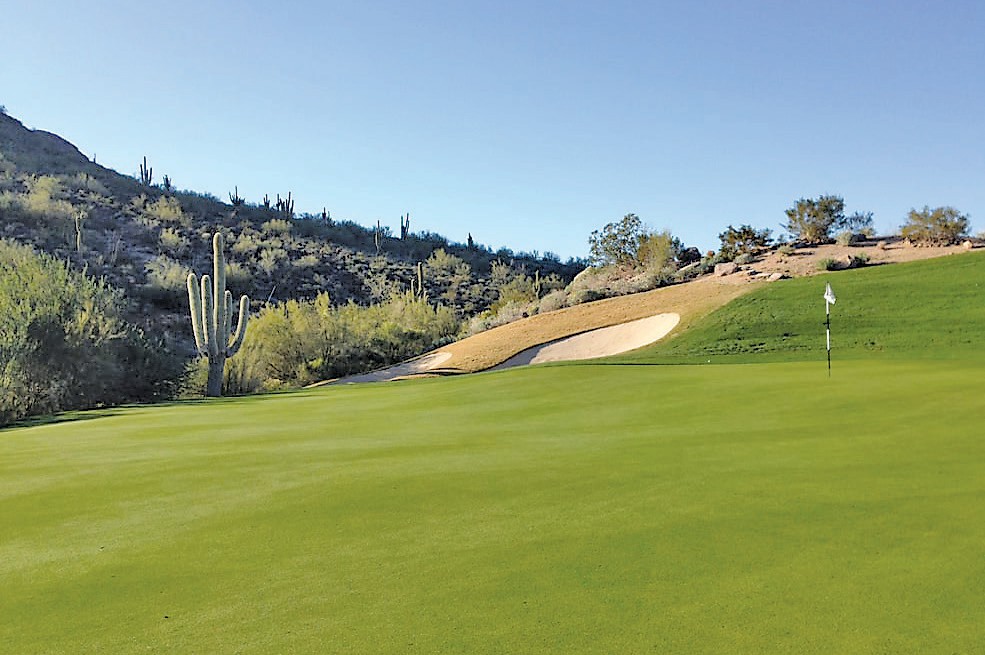 When we see the flagstick from the fairway it is easy to select it as a target, but hardly ever is the flagstick the correct target.

golf ball to go in the end. If a golfer does not go through a thorough thought process the flagstick is a quick, easy target to choose. However, for all golfers, aiming at the flagstick is usually not the best percentage choice.

Why? Because in addition to flagsticks, golf courses are full of obstacles, water hazards, sand bunkers, high grass (rough), trees, etcetera, that we must navigate. If a golfer plays with one golf ball, and never gets in an obstacle the whole round, chances are the golfer’s score will improve from their personal norm. The obstacles are hard to get out of, and penalty strokes are added for going into some of the obstacles mentioned. Every golfer’s goal when choosing a target for a golf shot should be to pick a target that gives them the best chance to avoid obstacles. My advice is to take the flagstick out of the equation completely; this is the key to avoiding obstacles.

Obviously, making good choices does not guarantee success, but by playing the high percentage shots a better scoring average will almost certainly be the result. Playing the percentages will also give a golfer more freedom while playing a shot, because subconsciously golfers who pick aggressive targets will make defensive golf swings.

For golfers who are serious about playing their best golf I would suggest getting with a golf instructor who uses a launch monitor while coaching students. The launch monitor can give the student an idea of what their “window” is with each club. By window, I mean how far the golfer misses left and right with each golf club. For example, a golfer hits a 7 iron between 15 yards left of the target, and 20 yards right of the target on 19 out of 20 golf balls hit on the range – one was way off, and we will 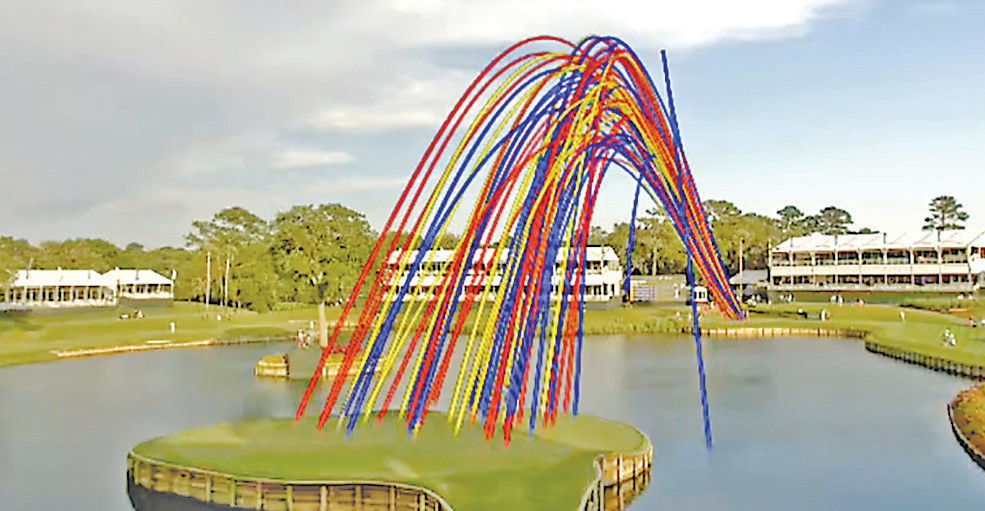 These are the golf shots on hole #17 during the fourth round of this year’s The Players Championship at TPC Sawgrass. Even though the players could have been attempting to aim at different targets, their target would have been similar; this gives us a great visual of a Tour Players “window” from 140 yards. Submitted Photos

Golf is not about hitting perfect shots, it is about practicing to create a smaller window with each club, knowing the present window of each club, and picking targets based on that window with each club. I believe with the example given above golfers will realize that the targets they select during a round are quite aggressive for their particular window.

The math makes sense on paper, but most golfers will be astonished to learn where the target points really are when they take the math to the course. In addition to the simple numerical calculations we must add human emotion, and ego, to the equation. I implore everyone to put aside the ego, and do not even think about making a direct attack on the flagstick a part of the equation for every approach shot. As stated above, in any situation on the golf course keep in mind that putting to work the power of thoughts, imagination and words to produce positive results should be part of everybody’s golf game. With this perspective moving forward, all golfers can avoid allowing the attraction of the flagstick to add careless strokes to their games.