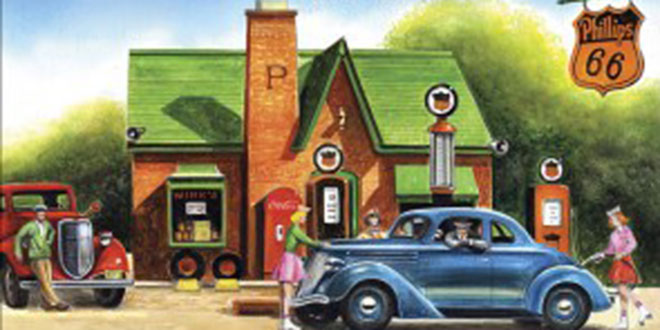 When we meet Sarah Jane “Sookie” Poole, she is a 59-year-old Alabama housewife who has just married off the last of her daughters and is exhausted from her mother-of-the-bride duties. She and her husband, Earle Poole, Jr., a dentist, have had the financial and emotional exhaustion of four weddings, plus the financial stress of Sookie’s mother’s extravagance. Octogenarian Lenore Simmons Krackenberry has a penchant for watching late night TV and ordering unneeded items and/or phoning people who need her help, such as the Pope, Barbara Bush and Queen Elizabeth. The phone call to the Pope cost about $500 and was unproductive in that she spent almost the entire time on hold. Sookie has never learned to say no to her formidable Daughter-of-the-Confederacy mother about anything.

Sookie is irresistible. She is all-heart, loves people and animals, and has a special empathy for birds. Her biggest concern, other than what her mother will do or say next to get Earle deeper into debt, is how to prevent those thugs, the Blue Jays, from eating all the bird feed and scaring away the little birds. One method she uses to entice the small birds is one of the most comical passages in this book, which is packed with great humor.

Other than knowing that she has always disappointed her mother, Sookie has had a good life. She and Earle raised four children — three daughters and a son — in a happy, stable home, and have a multitude of friends in their small Alabama town. They are looking forward to doing some traveling and just notching down life a bit. Then Sookie gets some unexpected news and everything changes.

Author Fannie Flagg (real name Patricia Neal) has prepared us for Sookie’s surprise by presenting two story threads in the book. The first pertains to the Jurdabralinski family of Pulaski, WI, and is set in the first half of the 20th century.

During the WWII era, 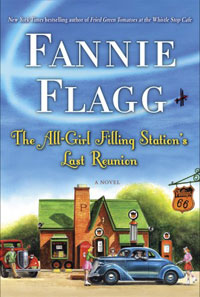 the author uses letters as a technique to fill in a few details about some of the characters. Second is Sookie Poole of Clear Point, AL, in the mid 2000s. The reader wonders how this Polish Catholic family who runs a gas station in the Midwest can be connected to two dames of the Old South like Lenore and Sookie. A little more than halfway through the book, Flagg begins weaving the threads together in a most delightful way.

The All-Girl Filling Station’s Final Reunion is enthralling. Sookie is one of the sweetest fictional characters I have encountered in a long while and very, very funny. I found myself thinking, “delightfully demented” when reading her comical passages. She also is a person of great emotional depth who has to learn her true self-worth and free herself of her mother’s judgments.

I do not want to give away the plots and twists to this book, but I do want to applaud Flagg for wrapping a little-known, long-neglected episode of WWII history inside this very entertaining story. I am referring to the role that experienced female pilots played in the U.S. military during WWII. They trained male pilots, and then were “allowed to volunteer” to ferry planes from factories to air bases, tow targets for pilots to practice shoot, etc. Then they were summarily dismissed in 1944, and the records regarding their service were sealed. None of the almost 40 women who died in service were awarded any medals nor did their families receive recognition of their service much less any benefits.

This book has the perfect ingredients for a book club read. It has humor, family relationships, self-fulfillment, friendship, gossip and the reality of WWII at home here in the U.S. Coupling it with one of the great WWII era nonfiction books, such as The Greatest Generation (Tom Brokaw), Unbroken (Laura Hillenbrand), Flyboys (James Bradley), to name just a few, would make for a great discussion.