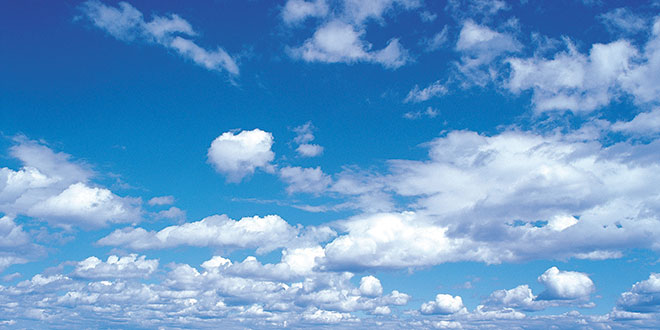 Mr. Smith woke up a bit early on that Sunday morning back in 1974. He poured a cup of coffee and walked out to grab the paper off the front step. He knew mornings were the best time to water the lawn so he walked around the side of the house to turn on the water for his sprinkler. He had just purchased the sprinkler from Bob’s Hardware & Lawn Emporium the week before. It was top of the line and he was proud of his acquisition.

He looked up to view the spray that should be watering his well-kept lawn. There was nothing. Must be a kink, he thought, and walked out to the yard to check on it. As he approached, he noticed there was an empty hose end gushing water. Baffled, he looked around.

It was then he noticed HIS top of the line sprinkler attached to the end of Mr. Jones’ hose.

“What the hell?!” he said out loud, throwing his coffee mug to the ground. He rolled up the Sunday Tribune, and stormed over to confront Mr. Jones and his audacity for using HIS sprinkler. Especially without even a ‘Do you mind…’. There would be heck to pay on this day.

Unknown to Mr. Smith at the time, the same scenario was being played out by many of those living on Elm Street that Sunday morning in 1974.

I was talking with a friend over supper and conversation turned to our youthful activities. We came to agreement on how lucky we were to have parents that believed in kicking us out of the house every time we uttered “I’m bored”. We got nostalgic and wound our way through memories of what it was like to be outside as a lad.

It was time for adventure, exploration and personal discovery. We had no cell phones, video games or social media (poor us, right?). All we had was the vastness of the great outdoors, perhaps a bag lunch from Mom, and the industry of our own little minds to do with as we pleased (mostly).

It confounds me to this day how we managed to pull together, without the use of cell phones, texts or social media, 20 kids in less than an hour to come out and play. It didn’t matter the activity. One day it could be a baseball game, another day it would be Ditch (hide-and-seek covering 3 square miles), or even just to head to Art’s Store for some treats.

It was accomplished (mostly) by riding your bike around the neighborhood. Everyone was outside back in those days. All you had to do was ride by their yards, yell out the activity and head to the place. Everyone knew where to go. It was almost instinctual. BAM! You had 20 or more kids all in one place ready for anything.

As time goes by, the visits to the old neighborhood become less frequent. But it was early on, I noticed the lack of activity on the local sliding hill, no snow forts, tree forts, wooden rafts on the ponds, no packs of kids laying in the grass, no bikes lined up at the now unkempt grown parks and playgrounds. It was like everyone under the age of 15 had vanished.

I will skip the drama of figuring out what has happened to them. I would prefer to remember fondly the countless hours I spent playing at the snake pit. It was a 10 foot round hole about 3 feet deep. It was at the edge of a field near our my house. All those present would put one foot into a circle. Someone, usually Scotty, would do the “bubble gum, bubble gum, in a dish, how many pieces do you wish” game. The last three people left in the circle were the losers and had to jump in and grab as many snakes as possible.

I lost many times and would arrive home with about eight snakes dangling from outstretched hands. My forearms and ankles were streaked red from numerous pin-prick wounds. Garter snakes do bite, but not so bad as anyone we knew died from it.

As we aged beyond the intrigue of spiders and snakes, thoughts turned to the opposite sex. I started early. In 5th grade, I firmly established a crush on Michelle. Five or six of our gang would bike down to her house. We would the hide behind the fence at the edge of her yard.

After what was usually a couple hours, Michelle would come out the front door. Whichever of us behind the fence had the most guts at that particular moment would jump up and yell something clever, like “Steve likes you!”. At that point, Michelle would see five or six guys jump up from behind her fence and run away as fast as possible. Puppy love just isn’t that athletic these days.

The list is as endless as there are stars in the sky. We played, we bonded, we were unafraid. We pushed the limits of our imagination rather than buttons on a keypad. We had little room in our vocabulary for “I’m bored” or “My battery’s dead”.

And what would a young life be without a little mischief. By the time I hit 13, I had outgrown the fence courtship ritual. To get a girl’s attention, I would gather up all the Big Wheels in a particular neighborhood on a particular night. They would then mysteriously show up in one particular driveway the next morning. This time her name was Crystal. I never heard how long it took her Dad to sort out the Big Wheels. But less than a week later, she held my hand at Pioneer Park.

My apologies, friends. How the hell I got to this point in my story, I don’t know. I just know that I never would have got here without playing outside. And while Big Wheels have long been considered gateway mischief, there is no scientific evidence that proves it will lead to sprinkler switching (mostly).