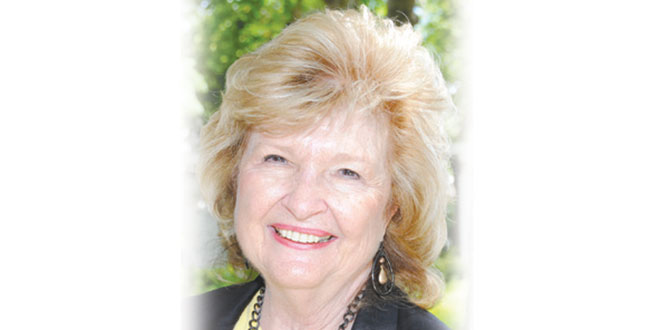 Sometimes heroes pop into our lives and we feel so thankful that they’ve arrived. I’ve had a few lately, and I want to thank them publicly. Kent and Marya Hedrick are two of those heroes, to whom I owe a world of thanks. And while I’m thanking people, Bill and Roseann Christ are right up there at the top of my list, but then again, I think they are at the top of everyone’s list of heroes. Not only did they shine their goodness on me, but they cook at the church, they volunteer in the community, and they spread goodness wherever they go. Well now, we can’t go much further without naming a few others, such as Joe and Maria Granda, Dick and Debra Shanahan, Jack Patterson, Lou and Barbara Prigge, Kathleen Reynolds (our little Irish “do-gooder” who is always touching people with kindness), and the list goes on and on. By the time I mention all of them that I can think of, I’d have the who’s who of Marco Island! Thanks everyone for all you do for all of us!

*Everyone is asking when the new Stein Mart will be opening, and it happens that I have breakfast at least once a month with the owners of the shopping center, Kite Realty, (they actually have four shopping centers in my district) that will soon be open and they told me the projected date for the grand opening is March 10th, so keep your eyes open for any announcements and specials. I was able to see the inside of the store before all of the shelving went in and it was lovely and cheerful looking. Stein Mart will be the only store opening at this time. The others will not attempt to open before May. My guess is that they would prefer to open after season so they can work the bugs out during the summer and be ready for our season in the fall. I think we’ll all rush in to welcome Stein Mart because we have not had a clothing store open in East Naples in well over a decade! Right now the only clothing stores we have are Bealls and Anthony’s, and it’s been that way for a very long time, so Stein Mart is ever so welcome! We’ve all been waiting for something good to happen in the retail industry in this area! Actually, I’ve never been in a Stein Mart, so I’ll have to be one of the first ones to welcome them!

*Some friends from Ohio have been in town, so we decided to take a tour of the newest development being built right now in front of the really nice community of Reflection Lakes, which is called Naples Reserve. WOW what a showstopper! The homes look like they’re from New England, I would guess, and a huge lake has been dug, along with other water features, so that some homes will have the benefit of a water view. The clubhouse looks fantastic, and I was amazed that homes were already sold and occupied while they were still building right around them! The landscaping is everywhere and magnificent! Many structures give the impression that they are lighthouse oriented, and the entry even has water cannons shooting into the lake to greet the visitors. There are quite a few model homes open for viewing. We didn’t stop to see them inside, but when my guests leave, I will be stopping by. It’s always good to know what is going on in my district!

*Don’t forget to come out on Sunday, March 6th to watch the St. Paddy’s Day Parade! It is always a fun time with lots of entries to see. You won’t want to miss it. It seems everyone on the sidelines is partying as much as the people in the parade! Isn’t Marco a wonderful place to live?! Marco Islanders are all so blessed! So am I, to be able to serve the island.