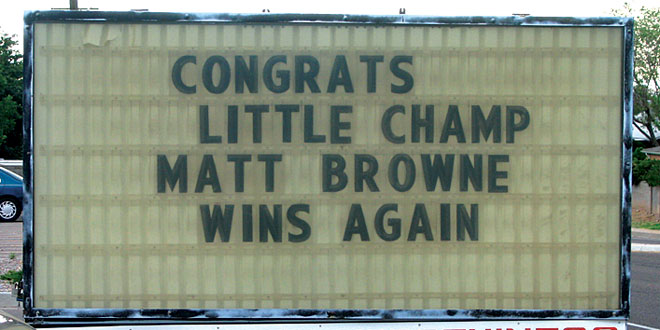 Mark down this date and time: Thursday, December 27, at 4 PM on centre court at the beautiful Hideaway Beach Club. Matt Browne’s opponent is the highly-acclaimed Port Royal Head tennis professional Franco Matta. Matta is the former number one collegiate star from Florida Gulf Coast University and Naples City singles champion who is a proud member of the 5.0 USTA champions from our area. Just a few months ago, Matta and his southwest Florida teammates competed in the Nationals and finished in second place. With Franco’s immense experience, he will be a heavy favorite in next week’s exhibition match. Both players possess huge forehand drives; the action will be fast and furious and should produce many exciting groundstroke exchanges.

Below is an in depth interview with freshman Furman University student/athlete Matt Browne of Marco Island.

At what age did you begin taking lessons from your mother, Leslie? Where were you and when did you realize that you were a pretty good player?

“I believe I was two years old when I first started taking lessons with my mother. When I was nine years old, I won two tournaments in a row. One of the tournaments was at the Marco Island Marriott and the other was at the Naples YMCA. I beat number one seeded, Brett Clark in the finals of both tournaments. I saved three match points in the first match and four in the second. At that point, I found out that I could handle pressure pretty well and that I knew how to win. That was the first time where I thought that I was becoming a pretty good player.”

In this age of two-handed backhand dominance, why did you want to hit a one-hander?

“I remember idolizing Pete Sampras since I began 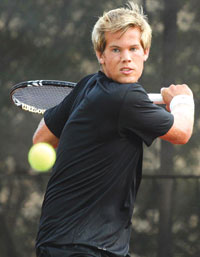 watching tennis at a young age. By age seven, I told my dad that I wanted to be just like Pete Sampras one day, so the first step was to change my two-handed backhand to a one-handed backhand.”

You began to compete in USTA tournaments in the 10 & under division. Did you enjoy this particular age group and why?

“I really enjoyed the 10 & under division. The main reason it was so enjoyable was because I just played because I loved the game. As I got older, I became more aware of rankings and requirements to enter certain tournaments and it put a great amount of pressure on me to perform.”

Because of your father’s profession, you have worked with many different tennis coaches. For example: Doug and Leslie Browne, Tad Connerton, Brett Hobden, Doug Small, Denny Rager, Jak Beardsworth, Anthony Hatori, David Geatz, Mario Fratangelo and Larry Kline to name a few…Was there a common theme being taught by these various pros? What ideas have stuck in your mind?

“From the very beginning, I was encouraged to hit the ball with pace. I was told by one coach, “Do not worry about the shots falling in now, they will fall in when you are older.” Every coach I’ve worked with since I started playing has embraced that theory and eventually I began hitting the ball in with lots of pace.”

You’ve played in some of the biggest junior tournaments in the game which includes the Nationals in Kalamazoo, Easter Bowl in Palm Springs, Copper Bowl in Tucson as well as other top events. How would you describe your experiences?

“I loved competing in all of those tournaments. The Easter Bowl helped me discover my love for California and the Nationals in Kalamazoo made me feel like a professional because of how well I was treated. However, nothing beats my experience at the Copper 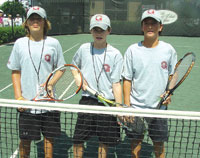 Bowl. The high altitude added speed to my shots, the dry air kept my grip dry, and I played consistently well for seven days straight.”

You were regularly practicing with the Nation’s top juniors like Bjorn Fratangelo and Brett Clark in Naples and your game was blossoming. Why did you leave this tennis mecca and move to Louisville, Kentucky?

“The importance of academics has always been stressed in my family. I felt the best way to prepare myself for being a student-athlete in college was to chase the best education available. Everything fell into place in Louisville, Kentucky, where I spent two amazing years studying at Kentucky Country Day School and training at Louisville Tennis Club.”

You were recruited by some interesting schools which include SMU, Iowa, Michigan State, Louisville, Southern Illinois and Furman. What is it like to be recruited and what stood out as an exceptional experience?

“Being recruited is an incredible experience. I spent much of my junior tennis career competing and compiling a resumé to catch the eyes of coaches. When it comes to recruiting, the coaches and their teams are trying to win you over. It is a great feeling knowing people recognize your hard work and want you to be a part of their program.”

Finally, you decided on Furman and the amazing tennis scholarship offer. Please give us an idea of the overall Furman experience, the academics, the students and the area.

“Furman can compete with any school academically. The work load is extremely rigorous. The tennis program is also unbelievable. Everyone on the team is very close. We also have the greatest coach in the country. The thing that stands out the most for me is how polite and friendly the students are. It is not uncommon to hear a friendly, ‘hello’ from students passing you on 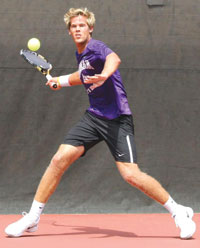 your way to class.”

Your coach is a well-known tennis legend as he was once ranked number one in the ATP World rankings in doubles as well as being an incredible collegiate player from Pepperdine in Malibu. Kelly has also coached James Blake and Mardy Fish. Can you shed light on Kelly’s approach and be specific about some of his unique coaching tips.

“Coach Jones has offered me myriad coaching tips. For example, he has helped me hit my one-handed backhand cross court so much better by opening up my shoulders more on my follow through. He has also done wonders for my volleys.”

In today’s tough tennis world, a player must possess weapons. What are your weapons and how did you develop these specific strokes?

“My weapons are my serve and my forehand. I use my serve to set up my forehand, which will hopefully finish off the point or allow me to close the net and finish. I believe these weapons were created by consistently hitting with lots of pace. The shots became more and more powerful as I got older.”

“My biggest weakness is my head. I am very critical of myself on the tennis court. I believe it stems from being a perfectionist. When I am able to stay positive and keep my head on straight, I have great success.”

Can you name all of the cities that you have played a USTA match in your outstanding junior career? And, how has tennis with all of its travel, helped shape you as a young man? 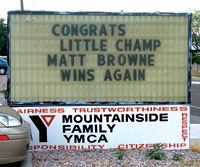 “I love traveling because of all of the traveling I have done in the past. At any time, I can just get up and go and enjoy my experience. Having traveled all over the United States, I have experienced a plethora of cultures. I have gained knowledge and appreciation of the United States and its diversity.”

What other interests do you have outside tennis? What hobby gives you the most relaxation?

“I love football and basketball, so any time I can play a pick-up game of either sport, I will pounce on it. I also enjoy playing guitar. It’s very peaceful and helps me get away from everything for a period of time.”

In next Thursday’s Hideaway Beach tennis exhibition you face Franco Matta of Naples. Matta is known as one of the best conditioned athletes in our area and he is a tenacious competitor as he was a star at FGCU and has won the Naples Men’s singles City Championships. How do you approach the match and how will the enthusiastic Hideaway Beach Club help you?

“I am going to go into the match free of pressure. My opponent is in great shape and holds four years of college tennis experience over me. I will give it everything I have and hopefully come out successful, with the positive energy the wonderful people of Hideaway have brought me ever since I stepped foot on a tennis court there.”