Teens and Technology: An Inside Look 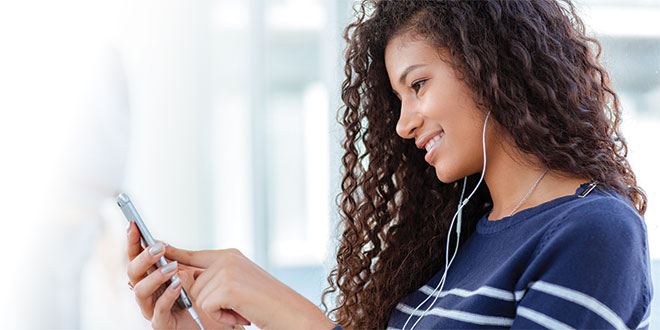 The year is 2016. Face–to–face interaction no longer exists. All communication is facilitated through cell phones. Texting is the new talking.

To many, this scenario seems utterly absurd. But for teenagers in this day and age, it sounds all too familiar.

Looking around at school, the number of students with eyes glued to their devices is staggering. There is not a single lunch table where everyone is fully engaged in conversation. If someone is not actively involved in texting, he or she is scrolling through Instagram, listening to music, or playing a game. It seems that, slowly but surely, technology is replacing what used to be solely face-to-face. Although I am aware of this, I am not exempt.

Between taking online classes, keeping in touch with friends halfway across the country and everything in between, it’s no surprise that I’m unable to resist the pull of technology surrounding us all — it would be a feat for anyone, much less someone with the nearly unlimited access to computers and devices that I’m lucky to have at my discretion.

But is this exposure as detrimental as it’s made out to be? With rare exceptions, anyone over the age of 30 will scoff at teenagers’ seemingly irrepressible use of mobile devices and electronics. Stuck in the mindset of their own upbringing and the activities characteristic of that time period, to many, the reason behind technology’s ever tightening grasp on the youth of today is shrouded in mystery. In reality, though, there’s nothing mysterious about its draw.

Contrary to popular belief, having a cell phone on one’s body at all times is not solely about the ease of communication, nor is it about playing games or going on social media. The true purpose of technology has morphed into something much more complicated than was likely ever imagined by its inventors. The truth is, cell phones and computers alike, function as a security blanket for their users, not in terms of safety, necessarily, but in terms of confidence.

Oftentimes, especially as teenagers, we feel as if we have no control over our lives. Our online presences give us the element of control we are missing, allowing us to feel more secure with ourselves, and the power we have over what happens in our lives. When on social media, we have the ability to choose which moments we share with our friends. In an awkward situation, it’s easy to plug earphones in and instantly tune the real world out. If we receive a phone call, we have the option of ignoring the caller rather than being forced into a conversation. Technology has the unique function of giving us an escape route from what we would otherwise have to deal with alone, including the plethora of difficult situations a teenager has to deal with on a day-to-day basis — situations we are not always equipped to handle. Because of this, we turn to the devices we rely on in other areas of life, trusting that they’ll answer our questions or at least provide a momentary distraction.

But this distraction is rarely momentary. According to a market research study conducted by Childwise, 5 to 16 year olds spend nearly seven hours a day in front of a screen. At a time when the brain is making critical connections, this focus on the digital world rather than school and recreational activities can hinder children and teenagers’ development.

With this in mind, it’s important to consider the ways to wean oneself off of technology. Similar to the effects of drug use, the instant gratification associated with googling the answer to a question or texting a friend triggers the release of dopamine in the brain. The sudden halting of these actions creates a withdrawal-like effect as a result of the decrease in dopamine, making it difficult to give up screen time. Because of this, it’s imperative to disengage from constant technology use gradually, beginning with limits on some of the more impertinent activities, such as checking social media or playing games.

On top of creating more time for school and extracurriculars, restrictions on technology also encourage a regression to face-to-face interactions, an approach that is much more rewarding than communication via text or email. Interacting in person allows for more personal connections to be made through eye contact, body language, or other nonverbal cues — elements of conversation that are missing from communication facilitated through technology.

However, it’s not necessary to completely stop using technology in order to reap these benefits — it’s merely a matter of using it responsibly. Instead of checking Instagram during lunch, try starting a conversation with your tablemates. The next time you need to pass on a message, swap out the texting for a conversation in person. Open your eyes to the true purpose of technology in our lives, and focus on enhancing rather than replacing the face-to-face interactions that are becoming so foreign to us.